By Hayley FitzPatrick, Katie Howe
Share —
Sign up for our newsletters to get GMA delivered to your inbox every morning!

Garth Brooks is heading to Las Vegas in 2023 for a new headlining residency.

The upcoming residency will take place at The Colosseum at Caesars Palace.

The hitmaker will take the stage with different band members and even some special guests throughout the upcoming residency.

"We're calling it the 'Plus ONE' because we're going to try something we’ve never tried before," he said about the residency while appearing on "GMA."

"The band is coming but It's the one-man show," he continued. "They're going to sit in the audience, so any time you want a fiddle just to come up and join you, any time you just want percussion and background to come up and sing or it's just you -- or just bring the whole band up to do ‘Friends in Low Places’ -- this should be stupid."

Check out all the details of his upcoming “Garth Brooks/Plus ONE” at The Colosseum at Caesars Palace: https://t.co/6Ac6l8dlIR pic.twitter.com/ALWPeJohmF

The news of the singer’s return to Vegas comes after he finished his three-and-a-half-year-long worldwide Stadium Tour in September. 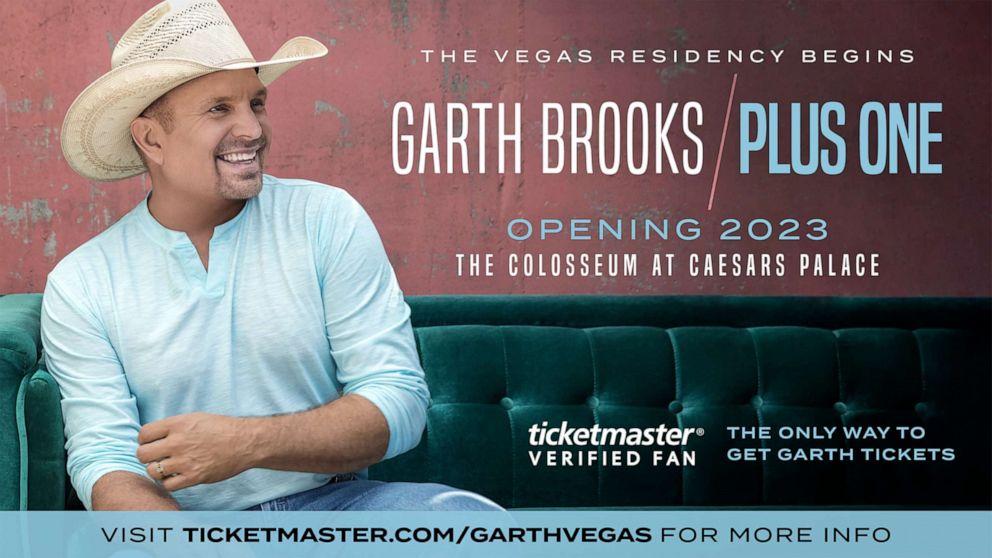 Courtesy of Garth Brooks
Garth Brooks is returning to Las Vegas in 2023 for a new residency.

Brooks partnered with Ticketmaster’s Verified Fan program so that fans can register for presale tickets now through Thursday at 8 a.m. PT. Once registered fans receive a code, they will have exclusive access to purchase tickets on Nov. 21 at 10 a.m. PT.

In honor of the residency, Brooks is also releasing a new boxed set that features a custom book and five discs with more than 50 of his live recordings, including hits from the past and some newly released recordings. 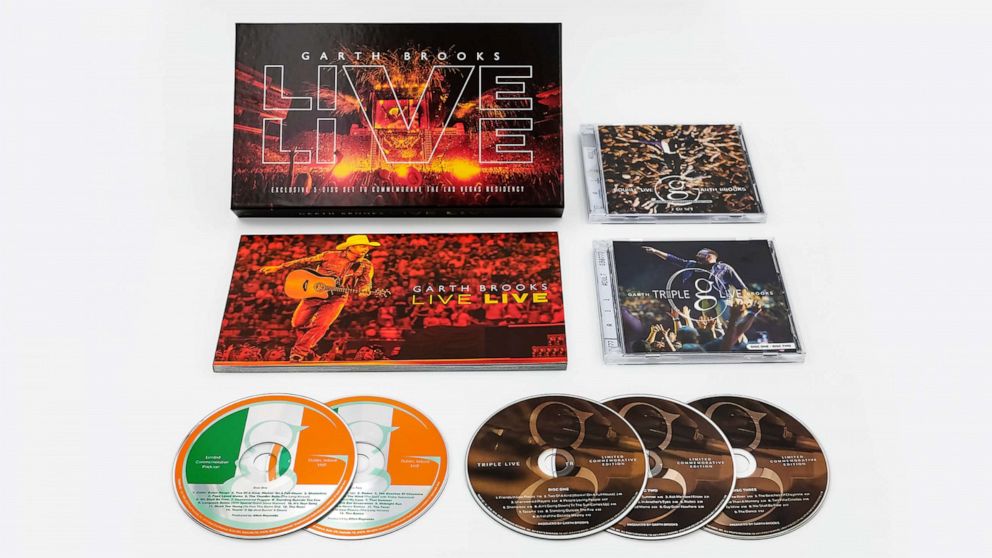 Courtesy of Garth Brooks
Garth Brooks is returning to Las Vegas in 2023 for a new residency.

Brooks previously held a multi-year residency in Vegas at the Encore Theater at Wynn Las Vegas from December 2009 to November 2013.