If you've finished our "GMA" Book Club pick this month and are looking for something else to read, check out our digital series, "GMA" Buzz Picks. Each week, we'll feature a new book we're also reading this month to give our audience even more literary adventures. Get started with our latest pick below!

If you’re looking for a historical fiction novel to read by the fireplace this month, consider "The Postmistress of Paris" by Meg Waite Clayton.

Clayton’s novel, which is also this week's "GMA" Buzz Pick, is recommended by Hilary Gustafson, the owner of Literati Bookstore in Ann Arbor, Michigan. 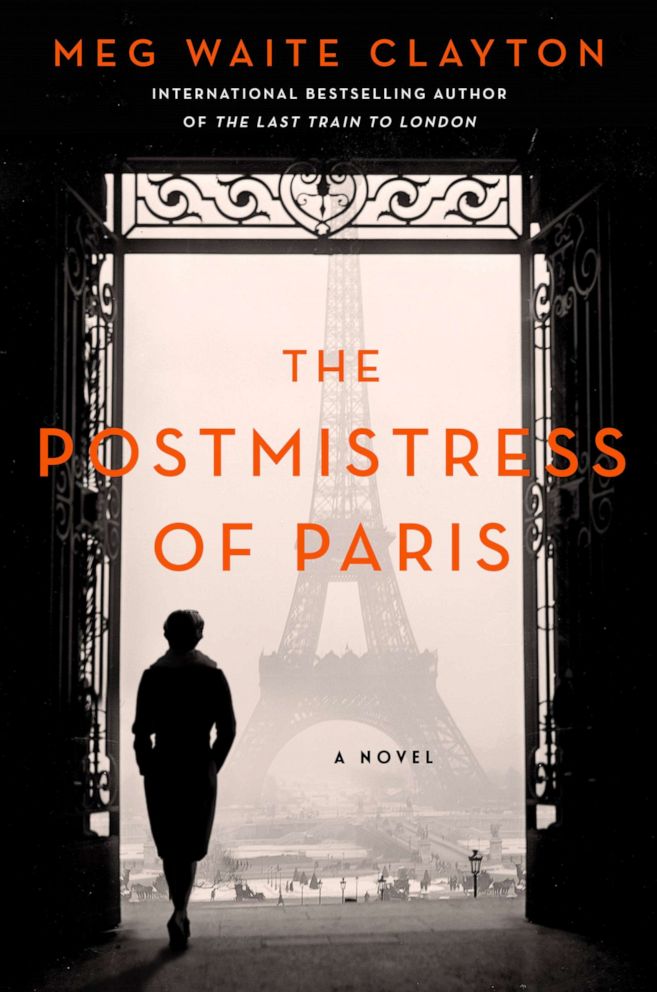 The book follows Nanée, a young American heiress who fled a restricted life in the Midwest for the freedom of Paris a decade before the story opens. When German tanks roll across the border and into France's capital in 1940, Nanée joins the resistance. She becomes known as the Postmistress because she delivers information to those in hiding. She uses charms and skill to house the hunted and deliver them to safety.

Clayton's novel is loosely inspired by the real-life Chicago heiress Mary Jayne Gold, who worked with American journalist Varian Fry to smuggle prominent Jewish or anti-Nazi artists and intellectuals out of France during World War II.

"Smartly researched, perfectly paced, with wonderful characters, this is the book if you are looking for what to read after you’ve read November's 'Good Morning America' pick 'Still Life' by Sarah Winman," Gustafson told "GMA."

"The Postmistress of Paris" is available now wherever books are sold.

'The Postmistress of Paris' by Meg Waite Clayton 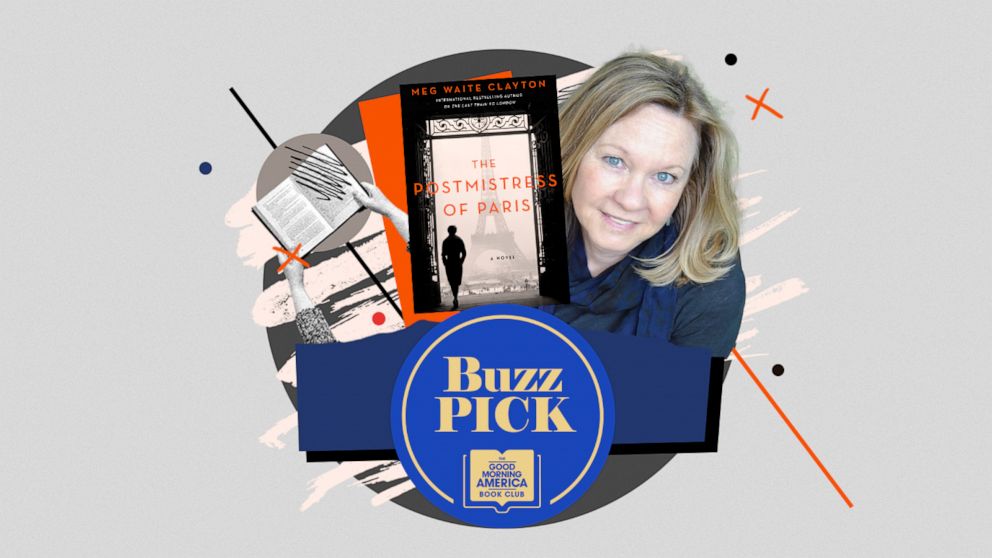 The sky out the glass roof of her Vega Gull was as crimson as the airplane. Beyond the windshield and the gray whirl of propeller, ten thousand tons of iron stood laced against the setting sun. Nanée called over the roar of the Gypsy Six engine, “La Dame de Fer à son Meilleur Niveau—that’s the kind of art I love,” to Dagobert, her sole passenger, who wagged his unkempt poodle tail as they circled the Eif- fel Tower. The Iron Lady at Her Best.

She flew on up the looping Seine, headed back to Paris for the Exposition Internationale du Surréalisme, three hundred artworks depict- ing gigantic insects, bizarre floating heads, and dismembered or defiled bodies she knew were meant to be thought-provoking but always left her feeling unsophisticated and far too American. Midwestern. Not even from Chicago but from Evanston. She loosened the white silk scarf at her neck as she initiated a controlled descent from a thousand feet to eight hundred, six hundred, five, to buzz her empty apartment on avenue Foch. She loved Paris, if only its winter nights weren’t so long when you were twenty-eight and living alone.

She throttled back to idle and extended the flaps over the Bois de Boulogne, descending to two hundred feet as she approached the park’s lake, its small cascade and charming little Emperor’s Kiosk. Up here in the air, there was no grumbling about Prime Minister Chautemps excluding socialists from the French government, no brother killing brother in Barcelona, no Hitler claiming to be eager for peace while all of Europe trembled. She dipped a wing for a better view, to see the trickle of water over rocks into frozen lake and—

Oh lord! A span of black wings stretched to white-feathered tips at ten o’clock. A red bill opened in a call of warning inaudible over the engine as she slammed the throttle wide open and yanked back the yoke, snapping to the right and climbing to avoid crashing into the black swan already diving to avoid her.

But the nose of the plane was rising too quickly. Vertical speed fif- teen hundred feet per minute. Through the windshield: nothing but sky.

The airspeed indicator plummeting toward stall speed. The wings buffeting as the plane began to lose lift.

She pushed the yoke forward, rolling out of the turn, sending the nose dipping in an effort to recover from the stall.

Dagobert tumbled forward as the altimeter unwound and the plane shot downward, the view now pure propeller and frozen lake.

The airspeed indicator at forty-five knots. Fingers aching from her grip on the yoke. “It’s okay, Daggs.”

Her whole body tensed, about to splinter. Fifty knots.

She willed the airspeed indicator to move faster so she could pull up again without stalling before she crashed into the ice.

Pulling back on the yoke again. The pitch of the nose rising now.

The attitude indicator moving toward level.

So low she was nearly skimming the frozen lake.

Her knuckles pale with her tight grip but, yes, she’d stopped the stall. She was flying straight and level.

She retracted a notch of flaps, the plane sinking a little and her stomach with it. She pulled back a bit more on the yoke, maintaining altitude.

Dagobert looked up anxiously from the floorboard.

Another notch of flaps. A little more on the yoke. Initiating the climb out.

A last notch and they were in a stable climb to six hundred, with time now to recover from anything new that might go wrong.

Back at a thousand feet, she circled, waiting for her damn heart to stop trying to escape her damn chest. The Seine looped soothingly from the west to the south and on to the east, to another view of the Eiffel Tower, more distant now.

The frozen lake that might have been her cold grave, and that of Dagobert and the swan too, circled back into view.

“All right,” she said to Dagobert, still crouched on the floorboard, as rattled as her own nerves.

She descended toward the lake again, this time to a less daring five hundred feet, to run along the length of the water, past the waterfall, and to the left of the island and the Emperor’s Kiosk, its little blue dome so hopeful.

And there he was, at the north tip of the lake—the black swan, set- tled safely on the ice.

She ought not to have been flying so low, but that was what she loved: the high, open sky, yes, but also the rush of earth.

That daughter of yours would rather be wild than broken. Don’t you worry she’ ll end up alone?

“But I’m not alone, am I, Daggs?” She patted the bucket seat beside her, shaking off her father’s words. “I have you.”

Dagobert reluctantly scrambled back up, then hunkered down on the seat, head on paws. She tugged on one of his velvety ears, and he shook his head that way he did whenever she messed with them.

“I didn’t mean to scare you, but I couldn’t bear to hurt him,” she said as she banked eastward, toward the landing strip at Le Bourget. “And this is his world. He belongs up here.”

She brought the plane to a stop on the tarmac and climbed from the cockpit onto the wing, already pulling off her goggles and leather hel- met and shaking out her hair. She lifted Dagobert from the plane, the poor dog still trembling a little, and kissed him on his cold black nose. She set him on the wing, then pulled out her skis and her slim traveling case.

HarperCollinsPublishers owns all rights to these images and agree to allow ABC News and it's licensees to use and distribute without restriction in all media.