If you've finished our "GMA" Book Club pick this month and looking for something else to read, check out our digital series, "GMA" Buzz Picks. Each week, we'll feature a new book we're also reading this month to give our audience even more literary adventures. Get started with our latest pick below!

If you're looking for that perfect gift for that special someone on your Christmas list, consider "Fox and I: An Uncommon Friendship," a new memoir by Catherine Raven.

"Fox and I," this week's "GMA" Buzz Pick, is recommended by Ariana Paliobagis, the owner of Country Bookshelf in Bozeman, Montana. 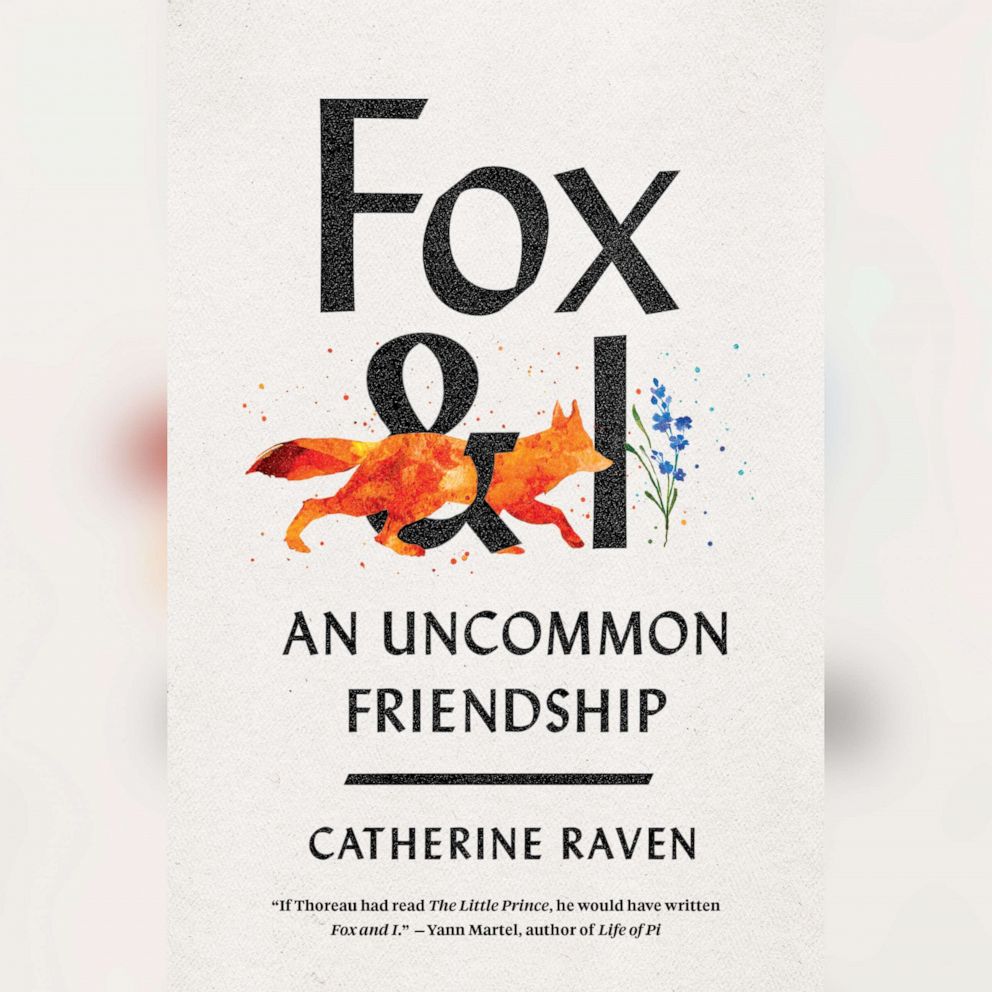 Spiegel & Grau
"Fox and I: An Uncommon Friendship" by Catherine Raven
MORE: 15 books to curl up with this November

Paliobagis told "GMA" that "Fox and I" is the perfect book to gift your loved ones this year as it focuses on friendship and nature.

"This book is one of my absolute favorites this year," Pabliobagis said. "It is part memoir, part nature writing and is the kind of book you can give to anyone on your list."

In her memoir, Raven tells readers about the time in her life after she finished her Ph.D. in biology. Raven, who left home at age 15 and headed west to work as a National Park Service ranger, built a house on an isolated plot of land in Montana. It was there that she met a fox who began appearing on her property every afternoon at 4:15. Raven said she never had a regular visitor before, so she placed her camping chair as near to him as she dared and began reading aloud from "The Little Prince."

"What grew out of my interactions with the Fox was the understanding that I needed to figure out my purpose in life," Raven said in a statement. "Before meeting the Fox, I thought I had to define myself with a noun (doctor, professor, researcher, park ranger). He taught me that a verb was more meaningful (writing, teaching, helping students and animals, tending land, telling stories)."

"My relationship with the Fox left me with the courage and self-esteem to seek out and build friendships with people," she added.

"Fox and I: An Uncommon Friendship" is available now wherever books are sold.

Fox and I: An Uncommon Friendship 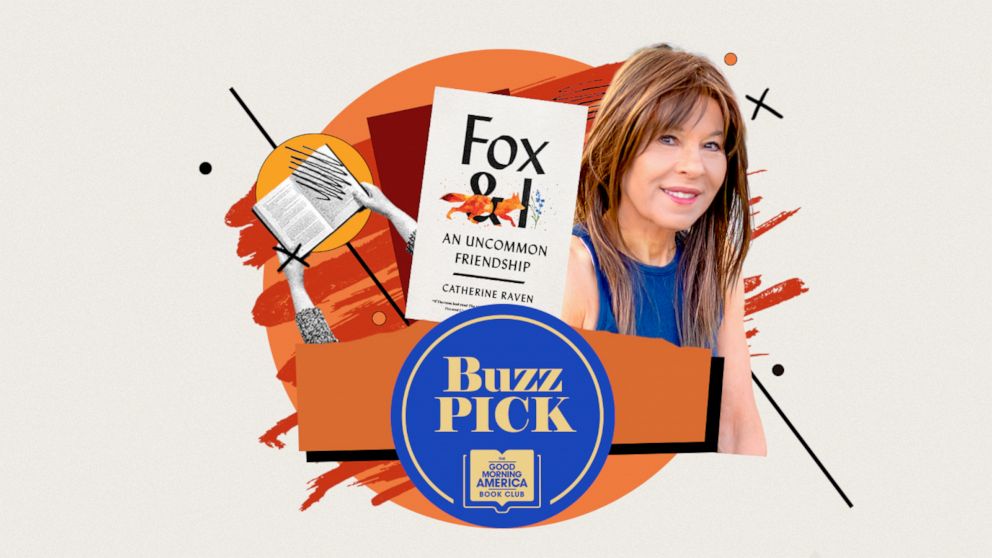 The next day, while waiting for Fox's 4:15 appearance, I thought about our upcoming milestone: fifteen consecutive days spent reading together—six months in fox time. Many foxes had visited before him; some had been born a minute's walk from my back door. All of them remained furtive. Against all odds, and over several months, Fox and I had created a relationship by carefully navigating a series of sundry and haphazard events. We had achieved something worth celebrating. But how to celebrate?

I decided to ditch him.

I poured coffee grounds from a red can into a pot of boiling water, waited to decant cowboy coffee, and thought about how to lose the fox. Maybe he wouldn't come by anymore. I opened the door of the fridge. "Have I mistaken a coincidence for a commitment?"

The refrigerator had no answer and very little food. But it gave me an idea. I drew up a list of grocery items and enough chores to keep me busy until long after 4:15 p.m. and headed out. The supermarket was in a small town thirty miles down valley. Usually, I tracked my location counting bends in the snaky river, my time watching the clouds shift, and my fortune spotting golden eagles. (Seven was my record; four earned a journal entry.) Not today.

Now that I was free to be anywhere I wanted at 4:15 p.m. I drove too fast to tally eagles. Imagine a straight open road with no potholes and not another rig in sight. Shifting into fifth gear, I straddled the centerline to correct the bevel toward the borrow pit and accelerated into triple digits.

The privilege of consorting with a fox cost more than I had already paid. The previous week, while I was in town collecting my groceries, I got a wild hair to stop at the gym. The only person lifting weights was Bill, a scientist whom I had worked with in the park service. I mentioned that a fox "might" be visiting me. "As long as you're not anthropomorphizing," he responded. Six words and a wink left me mortified, and I slunk away. Anthropomorphism describes the unacceptable act of humanizing animals, imagining that they have qualities only people should have, and admitting foxes into your social circle. Anyone could get away with humanizing animals they owned—horses, hawks, or even leashed skunks. But for someone like me, teaching natural history, anthropomorphizing wild animals was corny and very uncool.

You don't need much imagination to see that society has bulldozed a gorge between humans and wild, unboxed animals, and it's far too wide and deep for anyone who isn't foolhardy to risk the crossing. As for making yourself unpopular, you might as well show up to a university lecture wearing Christopher Robin shorts and white bobby socks as be accused of anthropomorphism. Only Winnie-the-Pooh would associate with you.

Why suffer such humiliation? Better to stay on your own side of the gorge. As for me, I was bushed from climbing in, crossing over, and climbing out so many times. Sometimes, I wasn't climbing in and out so much as falling. Was I imagining Fox's personality? My notion of anthropomorphism kept changing as I spent time with him. At this point, at the beginning of our relationship, I was mostly overcome with curiosity.

I gripped a couple of firm white mushrooms in one hand and reached for one of those slippery plastic sacks with the other. The Timex face flashed on my exposed inner wrist. Forty-five minutes shy of 4:15 p.m. The fox! Meeting a fox that I wanted to jettison suddenly felt more important than mushrooms for which I was driving sixty miles round trip. I shook the bag several times, but it refused to open, so I jammed the mushrooms back onto the shelf between some oranges and pushed my full cart to the registers. While calculating the time needed to drive home through a gauntlet of white-tailed deer along a two-lane road, I somehow ended up in the empty express-checkout lane. A cowboy rolled in behind me. The clerk observed my cart, raised her eyebrows, smiled, and said nothing. She was supposed to ask if I had found everything I was looking for; she wanted to ask if I could count to eight.

"Yes. Thank you," I answered the unasked question, "but I regret abandoning some mushrooms at the last minute."

I pulled a wallet out of my back pocket. "Shame about the mush- rooms," I said, flipping through the cash. Then I turned to the cowboy and noticed he was about 110 years old.

"Goodness. Just a little bunch of bananas." I bent over his cart and peered inside. Nothing. Just bananas. "Didn't even need a cart for that, did you?"

"Needed something to hold me up," he said, "while waiting."

For a moment I considered the remark, wondering if it had some underlying message. The cue hadn't been in the cowboy's words, but in his flinty-eyed stare. He'd expected an apology. Halfway home, I realized that he was annoyed that I was in the wrong checkout lane. I hated missing social cues. For every cue I caught too late, I worried about another few flying right over my head.

But more so, I worried about not being home when the fox came visiting. He was an uninvited guest and I couldn't keep him waiting. Uninvited guests are quite unlike invited guests, whose entitlement (I imagine) allows them to overlook their host's temporary tardiness. Invited guests will call, "Yoo-hoo!" and without waiting to see if "yoo" is even home, they will let themselves in. They will saunter over to the fridge and grab a drink. But uninvited guests are fragile, and you need to greet them punctually to minimize the discomfort inherent in their ambiguous status. Most problematic is the uninvited guest who knows he's expected.

Unless I was home in forty minutes, a red fox would trot his reasonable expectation of hospitality down to my cottage, scratch the dirt, sniff the air, feign preoccupation, and expend his tiny reserves of patience and humility. Then he would slip away in a dreadful sulk. This could not be explained to a 110-year-old cowboy propped up by a five-banana cart, but it was true nonetheless.

Motoring down the driveway, I scanned the chubby hill across the draw. A vertical cliff with a sassy tilt to the north lay on top of the hill like an elegant pillbox hat. In the middle of the cliff, on a ledge tucked into a shaded pleat, a golden eagle rose from its nest. I ran upstairs, leaned onto the window ledge, and searched for the fox. When the tip of his tail breached the wheatgrasses, I led him with binoculars as though he were a grouse ahead of my 20-gauge. Leading, a traditional hunting skill, requires hunters to anticipate an animal's speed and direction, keeping the barrel, sights, or scope just ahead of the moving target. Fox was an easy lead. His tail bobbed brazenly down the fall line. My college textbook claimed that wild animals instinctively elude their natural enemies. That may be true for a generic fox, but this specific fox was not eluding the golden eagle; he was bounding down the hill to the tune of the "William Tell Overture."

From FOX AND I: An Uncommon Friendship by Catherine Raven. Copyright (c) 2021 by the author and reprinted with permission of Spiegel & Grau.