Riley's latest book is being described by The New York Times as a "riveting and transformative" work of historical fiction based on the life of Dorothy Kirwan Thomas, a Black woman who was born into slavery but buys her freedom and becomes one of the wealthiest and powerful landowners in the colonial West Indies. 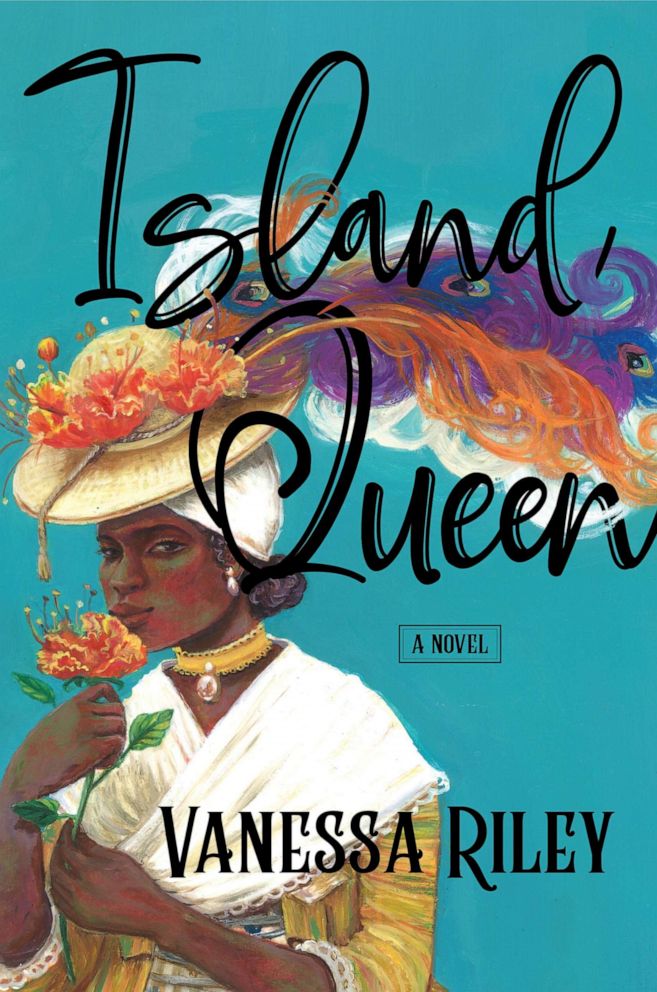 In "Island Queen," Riley brings Thomas' story to life as she rises above the harsh realities of slavery and colonialism by working the system and leveraging the competing attentions of the men in her life: Joseph Thomas, a restless shipping merchant; John Coseveldt Cells, a wealthy planter hiding a secret; and a roguish naval captain who will later become King William IV of England.

"Island hop with Dorothy as she builds businesses across the Caribbean, battles colonial powers and is wooed by a prince -- a future King of England," said Riley, who was inspired to tell Dorothy's story after seeing a sketch that was originally printed in Rambler Magazine 178 of Prince William Henry (the future King William IV) and an unidentified Black woman.

From that moment forward, Riley needed to know the woman in the picture and began her journey to uncover the story behind the image.

"Dorothy is Dolly Parton, Gloria Steinem and Oprah all wrapped up in regency lace. 'Island Queen' is a perfect historical adventure for your next summer read," Riley said.

"Island Queen" is available now. Get started with an excerpt below and get a copy here. 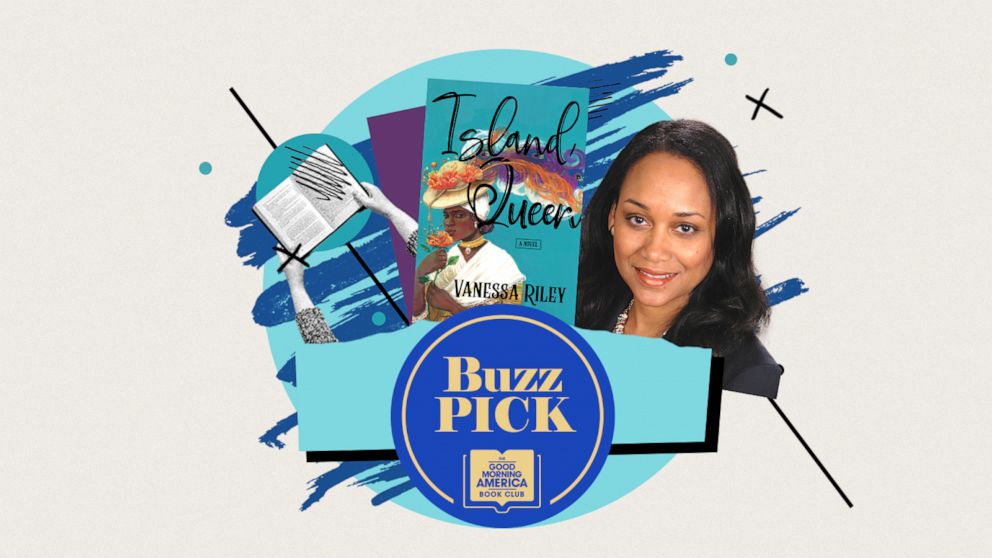 Never knew an hour made perfect by silence.

It's been a long time since I'd had peace—moments of dance, hours in hymns. It disappeared when the Demerara Council forced its tax.

Fidgeting, I sit in the front parlor of Kensington House switching my gaze from the sheers draping the window to the finishing school's headmistress. Miss Smith, she's across from me in a Chippendale chair sipping her chamomile tea. Her fingers tremble on the china handle.

"Mrs. Thomas," she says with eyes wide, bulging like an iguana's. "Your visit is unexpected, but I'm pleased you've taken my offer to stay at Kensington to review our school. You'll see it's a worthy investment."

"I was always fond of the name Kensington."

My voice trails off as I think of walks, of choices, then my aptly named plantation. Kensington is a set of squiggled letters chiseled in a cornerstone back home.

The headmistress chatters on, and I nod. The white egret feather on my bonnet jiggles and covers my brow. I bat it away like the memories I want gone, but you never get to choose what comes to mind.

"Thank you for your hospitality, Miss Smith."

She dips her pointy chin.

The loud clink of her teapot on my cup's rim gives us both away—her nerves, mine.

She sets the pot on the mahogany table that lies between us.

"This silver service you've given to the school is always treated with respect."

If I rest my lids, that word said in different voices from the past—friends and enemies—haunts me.

I forgive the headmistress's babbles. She's a good fund raiser, and I have a soft spot for females that know figures. "My late arrival must've upset you. I apologize."

Didn't think it possible for her eyes to spread wider. She mustn't be used to someone taking responsibility for causing trouble. I own mine, every bit.

"It's nothing," she says with a limp smile. "A benefactor is always welcome."

The demure lady with her sleek jet coif bobbling waves a tray of shortbread treats. "Biscuit?"

"Oh, yes." Her head lowers. The poor thing looks deflated again, like a sloop's drooping sail the wind has abandoned.

Looking away to the empty street—no carriage, no visitor, I let a frown overtake my lips. A glimpse at the fretting Miss Smith forces me to wipe it away.

Arrayed in beige silk with shots of Mechlin lace along her sleeves, she's shifting, rocking back and forth. I don't know how to help her, not when I have to help me.

I'd hate to reinvent myself now.

The Demerara Council can't steal my life. Those men can have none of what I built.

The gauzy sheer, like fine Laghetto bark spun into a veil, frames the empty street. My restless, anxious heart begins to spin.

The headmistress's nervous tapping reminds me I alone am not at risk. All colored women are.

Mrsss. Thomassss. She says my name like I like it, with all the important s's in place.

"Out with it. Miss Smith, tell me what's the matter."

My voice sounds stern, and the poor woman sports a full-face blush, from chin to brow. She might fade into the parlor's pink- papered walls. She'd definitely pass undetected in the big houses of Demerara or Dominica or Montserrat. Grenada, too. The fair- skinned coloreds often did.

"I won't be moving Emma Garraway to the prestigious Maryle- bone school like I did her cousin, Henrietta. I prefer her to study here." Where she'll be watched and kept far from scandal or worse, a marriage that was beneath her.

I won't voice the last part.

The disappointment in my children's and grands' choices keeps company with my own regrets.

Miss Smith's lips ease into a smile. "We love Emma. She's most promising, but Henrietta Simon, now Mrs. Sala, was a brilliant student, too."

"Yes . . . she married her Marylebone music teacher." My Henrietta. My Henny. I had such hopes for my granddaughter.

"Did you come for her wedding? I heard she was a vision in silver."

"No. It was the wet stormy season in Demerara. I was unable to cross the sea then." I sent Henny my best wishes and a dowry. The latter might be more important to the couple.

"Your knees, ma'am. They're knocking. Are you cold? Do I need to stoke the coals or send for a blanket? Visiting from the tropics, it can take some time to adjust to London's chilly weather."

"No. No fussing right now."

The headmistress shifts in her chair as if I'd barked.

I smooth my pale plantain-yellow-colored skirt, heavy in lace, heavy in trim. These straight-shifted gowns do little to hide my tension. How will I prove my points to the secretary in his grand office if my knees betray me in a finishing school?

When trying my hardest to hide, something whispers my truth.