After four years away from the spotlight of Hollywood, actress Hayden Panettiere is opening up for the first time about the challenges she's faced that nearly destroyed her career.

"I didn't know where the alcoholism was ending and the postpartum was beginning," Panetierre said. "And I ran myself pretty ragged."

In a People and "Good Morning America" exclusive interview, the 32-year-old said that she'd been "struggling for a long time."

Since her hit show "Nashville" ended in 2018, Panettiere said the years that followed have "been difficult." She added, "The years before were very difficult for me, too. And I just needed a break."

'I was deeply depressed' 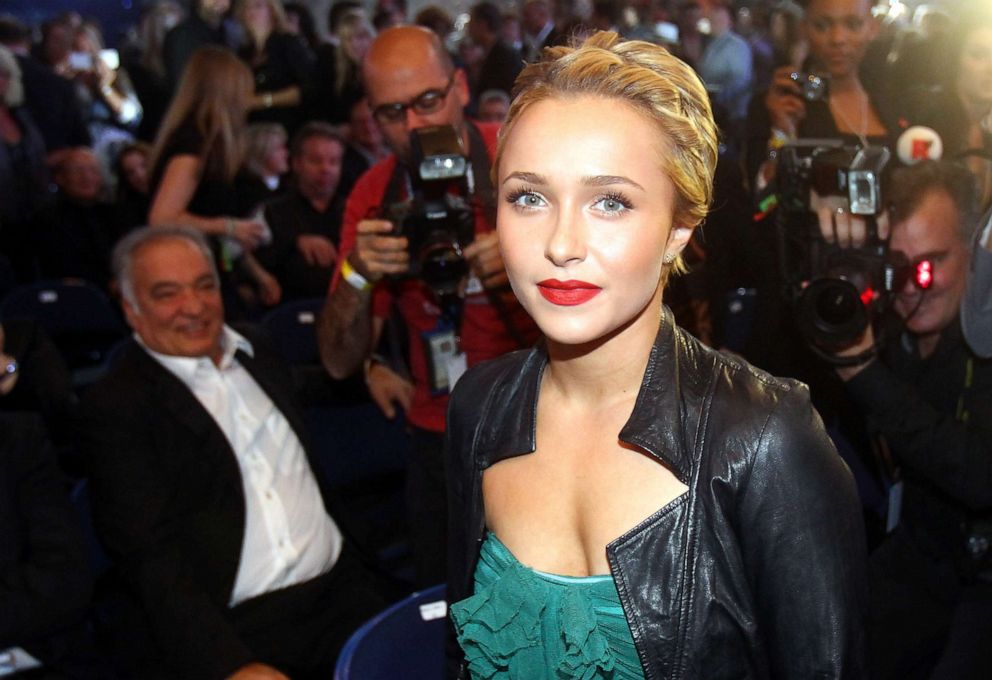 Shortly after the birth of her daughter in 2014, Panettiere was overcome with postpartum depression. She told ABC News' Kaylee Hartung she turned to "the bottom of a bottle" for support.

"I didn't have any negative feelings towards my child," she said. "I just knew I was deeply depressed." Panettiere said that she felt like she "was in this haze, this haze that just wasn't me."

"People around me were more concerned about my usage of alcohol than they ever were about the postpartum depression," she said. They thought she was "being a crazy woman" or "an overly emotional female" who was choosing to be depressed, when Panetierre said "it was so out of my control."

"I felt like I was walking blind," she said. "And I don't like to ask for help either. I wanna be that strong, stoic woman. But, I mean, when you see a happy-go-lucky girl for years suddenly on the floor in a puddle of mess and alcohol, you gotta know something is wrong."

Eventually, Panettiere sought treatment. At that treatment facility, she found the help she needed, which included making friends who could understand her struggles. 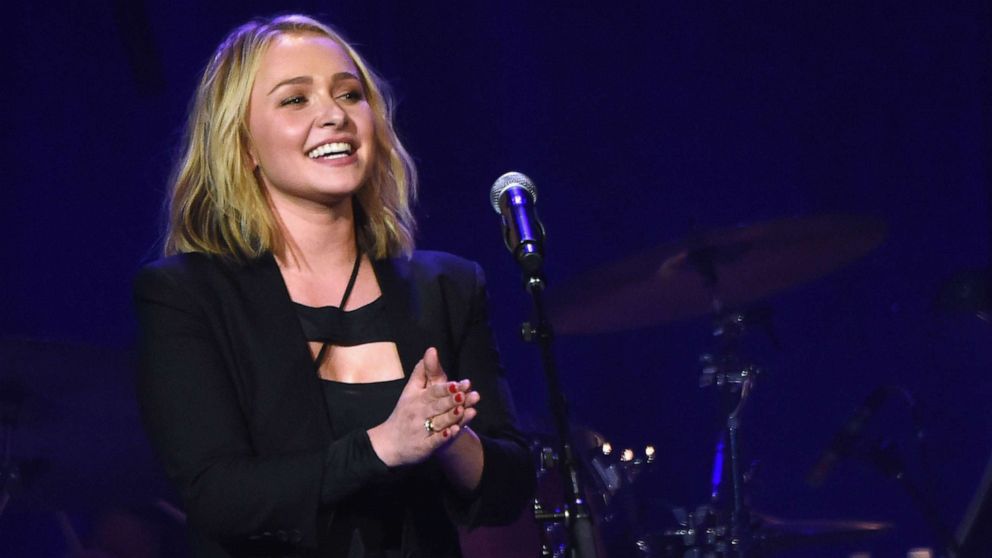 Panettiere says she is now sober and is taking things one day at a time.

"It's an everyday battle," she said. "It really is. I'm grateful to say that I'm sober today."

When Panetierre was in her darkest days, she described it as "somebody taking an eggbeater and scrambling around your brain." But even worse was her fight to be believed.

"Oh, it was horrible," Panettiere said. "Once you're the identified patient as the alcoholic -- and not as a girl, a woman going through postpartum depression -- then they don't believe anything that comes outta your mouth. So even when you're telling the truth, even when you're doing well, I've been told 'No' -- almost gaslit -- and told no, I wasn't."

"It's frustrating. It's heartbreaking," she added. "You wanna break down and cry, which makes you look even worse. But not being believed, I think to anybody not being believed is -- when they're telling the truth -- is painful."

Panettiere said she hopes other women who are going through the same thing, and are questioning their sanity and want to be heard, know that they're "not alone."

"So many women have been in our positions," she said. "And if the people around you don't believe you, find somebody who does. Find somebody who can help. Go on a journey of exploration and do whatever you have to do to get yourself better, to understand what's going on inside your heart, your mind, your body."

Panettiere said she is grateful to be sober and especially grateful for her daughter, Kaya, who is now 7 years old.

"She's my favorite little person," Panettiere said. "All of those, like, little good senses that remind me of what I used to be as like a little kid. She is like the 2.0 version where she's so much smarter. But she's incredible. She's such a little light. She's such an amazing human being."

Panettiere's daughter calls Ukraine her home, having lived there with her father, former professional boxer Wladimir Klitschko, for several years. Klitschko and his brother Vitali, the mayor of Kyiv, have been on the frontlines of the country's ongoing war with Russia, since it began in February. 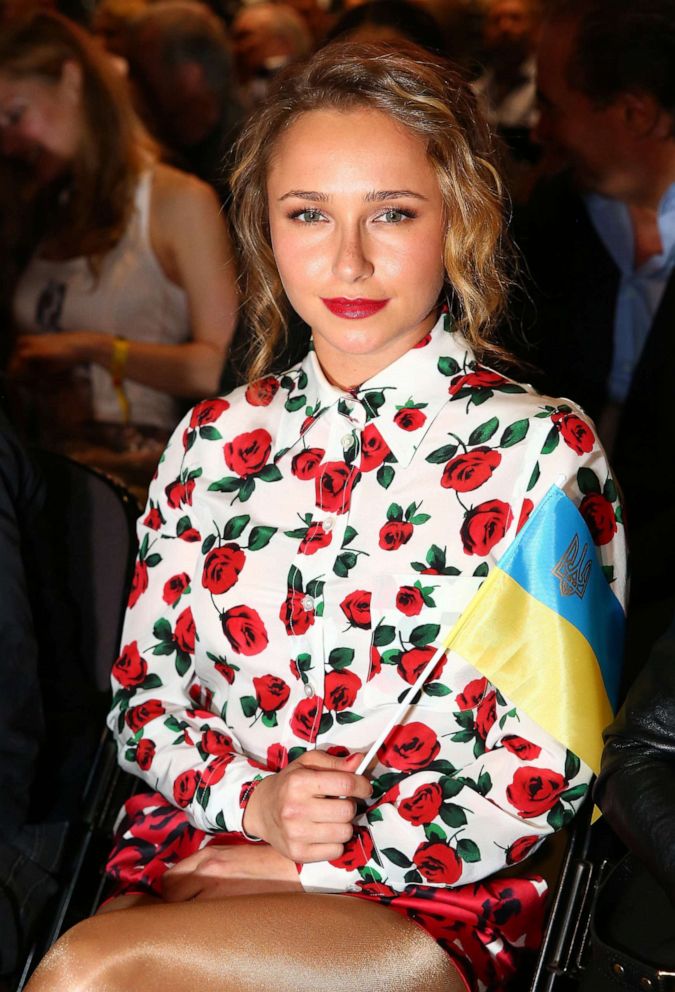 Panettiere said her daughter is no longer in Ukraine and is out of harm's way.

MORE: Brothers on front lines of battle to save Ukraine

"She is very safe," she said. "And where she is, she also has a lot of friends. So she's not alone. She's handled this [in] stride."

"I speak to Wlad a lot," she added. "And I don't think anybody knew that it was gonna be like this. So it was a shock to the system."

In March, Panettiere launched Hoplon International, a relief organization that raises funds for medical supplies and body armor for those defending Ukraine.

"I created Hoplon International to make sure that every dollar that people donate goes to med kits and protective gear, and helmets and blood, for the people who are on the frontlines," she said.

"We're still sending out protective gear to them anytime we can," Panettiere added.

Getting back to work

In addition to helping Ukraine, Panetierre said she's been keeping herself busy preparing to get back to work.

"That is so good for my soul," she said. "I just want to keep that ball rolling. I have a whole new team of people who really believe in me and they have helped me to gain some trust back in myself."

Fans will see the actress back on the big screen for "Scream 6," reprising her role as Kirby Reed.

In looking for the right project to bring her back, she thought back to her days on "Scream 4," more than a decade ago, and said "I just thought, 'This is the perfect role.'"