Former "Tonight Show" host Jay Leno is in "good spirits" and even handing out cookies to fellow patients as he continues to recover from serious burns suffered to his face, hands and chest in an accident in his garage over the weekend

Dr. Peter Grossman, a plastic surgeon and medical director of Grossman Burn Center at West Hills Hospital in Los Angeles, gave the media an update on the comedian's condition Wednesday.

Grossman called Leno's burns "serious," but said he has been up and walking around the hospital and cracking jokes. Leno underwent skin graft surgery on Wednesday and will have another surgery later this week, Grossman said. He said it's "too early to tell" if more surgery will be needed after that.

Grossman clarified that Leno suffered "significant" and "deep" second-degree burns and "possibly" some third-degree burns in the Nov. 12 incident, during which he was working on a steam-powered car when the fire broke out.

"Our hope is that when everything is all said and done, he will do well," Grossman said. "But burn injuries are progressive and dynamic and it's hard to predict ultimately what the final outcome will be at this stage in the game." 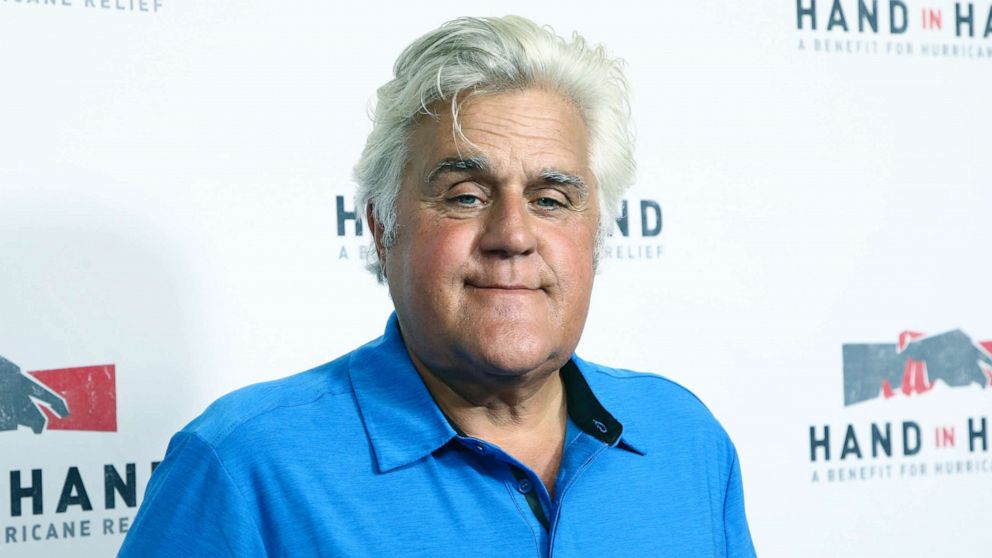 Grossman said "currently there's no evidence of nerve damage" and he anticipates Leno to make a "full recovery," but there's no way to know if "remnants of this injury" could persist.

Grossman said he believes that Leno will be back to work "at some point soon," but said he has realized he might need to "take it a little slower than initially anticipated." Leno previously said in a statement he needed "a week or two to get back on my feet."

Leno's wife of 42 years, Mavis, has been by his side, Grossman said and is "doing as well as you can expect for a wife who's very concerned about her husband."

Leno is a known motorhead, having hosted "Jay Leno's Garage" since 2015. He is also currently on a stand-up tour that runs into 2023.