Amy Schneider, the winningest woman in "Jeopardy!" history, opened up to "Good Morning America" Monday about her experience on the quiz show.

Schneider, who is currently tied with Matt Amodio with the second-longest winning streak in "Jeopardy!" history, spoke to George Stephanopoulos, who was a guest host in July 2021, about the best advice she received from host and fellow champ Ken Jennings, her buzzer technique and if she is looking forward to the next Tournament of Champions.

Scroll down for Schneider's Q&A with "GMA":

GMA: You are in the zone. What's the secret?

Schneider: I'm not really sure about a lot of it; I never expected to do this well, but I think the main secret is just being curious and spending my life learning a lot of stuff.

GMA: You say you never expected this, but when you were young you were voted "most likely to be on 'Jeopardy!'" Tell us about that.

Schneider: Yeah, I mean, I was good in school. I got good grades, I won the spelling bee. So yeah, I definitely -- I did expect to be on "Jeopardy!" and to do all right, just never expected to do it quite this well. 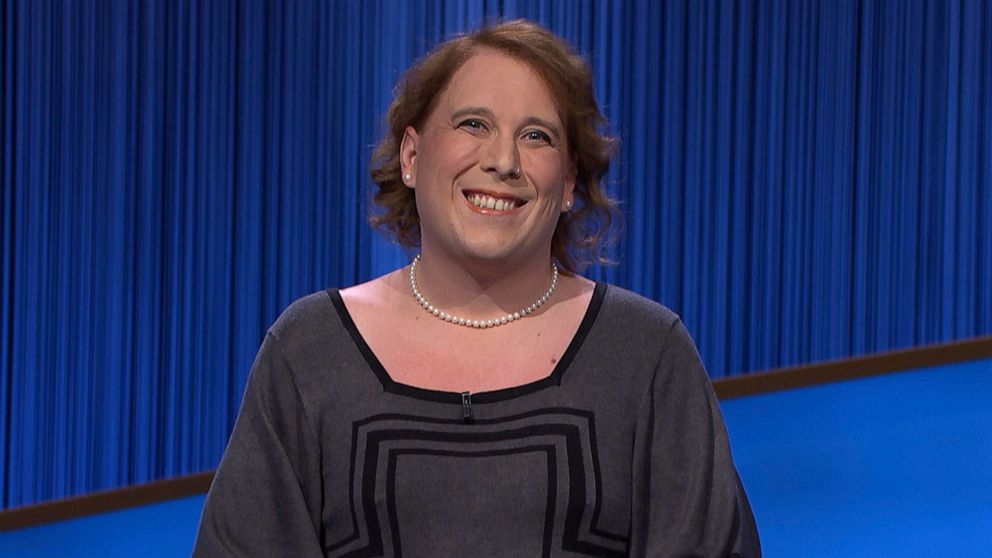 GMA: If you get past the record today, only Ken Jennings is ahead of you. Has he given you any advice?

Schneider: He's limited in what he can tell me just because he's the host. He has to stay neutral and whatever. The advice he gives all of us before every game is just to relax and have fun and enjoy the moment. That's definitely something I've been trying to do.

Schneider: Oh, I've been enjoying it. Let me be clear, yes.

GMA: But it's so intense. Tell us about your buzzer technique.

Schneider: I practiced at home with a ball-point pen but you don't really know until you get there. The sort-of strategy I had in mind, the way I was planning to time it, like that first game, it wasn't quite working as well as it needed to. For whatever reason I decided to throw that out and stop thinking about it and purely try to go on instinct and feel. From then on I've just been really good at the buzzer. I didn't know if that would be the case and I'm pretty excited it has been.

GMA: Were you prepared for being so famous?

Schneider: No, not really. There's a bit of a gap between the taping and the airing, so I did have some time to like get used to the idea. I didn't really know what it would be or how famous is "Jeopardy!" famous. So it's been a lot, but it's mostly been just really fun. 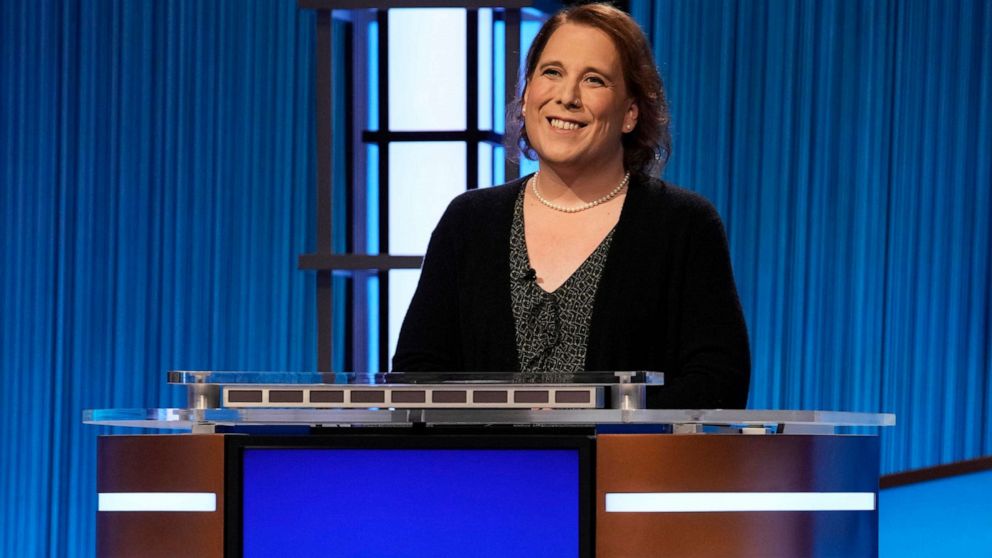 GMA: What's been the best part of the experience?

Schneider: I think that the best part for me has been being on TV, you know, as my true self, expressing myself and representing the entire community of trans people and ... just being, you know, a smart, confident woman and doing something super normal like being on "Jeopardy!"

GMA: You're doing it so well. Regardless of today's outcome, you'll be playing in the next Tournament of Champions. Bet you're looking forward to that.

Schneider: Oh, I'm definitely looking forward to it. I'm also a little bit intimidated by it. When I first started I wasn't sure if I might be going up against Matt Amodio and I was really hoping I wouldn't. And now it turns out I'm going to have to anyway. It's going to be really challenging; a lot of strong players there, but it should be a lot of fun.

GMA: Well you've made your mark. Do you know what's next for you?

Schneider: I'm not sure, but I'm thinking about it. I'm like, you know, considering do I want to write a book? What other opportunities might be out there? I'm exploring that.

GMA: Everything has changed for you, hasn't it?

3:22
Alex Trebek, the host of &ldquo;Jeopardy!,&rdquo; has died after a lengthy battle with pancreatic cancer.