At 23, Roach is now the youngest super champion in the show's history and clinched her 17th victory in Wednesday's nail-biting episode, winning by just $1 and bringing her current winnings to $396,182. She currently ranks No. 8 on the all-time consecutive games list.

Roach said being on "Jeopardy!" wasn't always something she thought she could do.

"It's something that I always was interested in, in sort of a passive way," she told "Good Morning America" Thursday. "You have to be so lucky to get through all of the various stages of the selection process to get on 'Jeopardy!' So, although I thought for a long time it's something I might enjoy and might be good at, it wasn't something I ever expected to get to do."

The Canadian contestant said now that she's on the game show, she's proud to represent her country and grace the same stage as late "Jeopardy!" host Alex Trebek, who also hailed from Canada.

"To get to represent Canada on the 'Alex Trebek Stage' means a lot. As Canadians, we're so proud of our homegrown celebrities who made it big in the U.S. And so, it didn't occur to me as I was taping these shows that I had become the longest-running Canadian but I'm really honored by the support that everyone across the country has shown me. It's so meaningful and it fills me with so much joy," Roach told Robin Roberts. 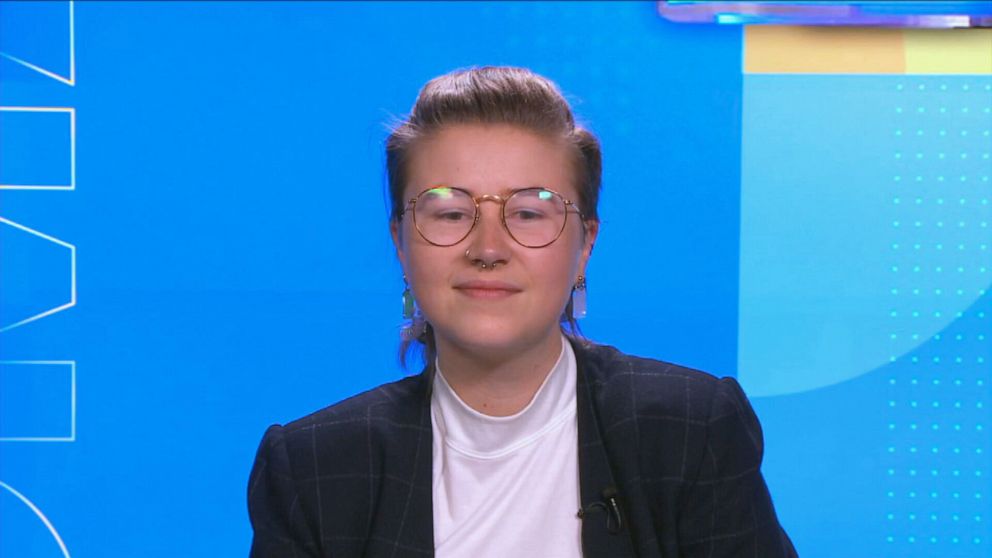 She's also laser-focused on doing the best she can. "In terms of preparation, I would say [I'm] trying to focus only on the aspects of the game that I can control," she continued.

"There's so many things that you don't know going into a game -- what the categories are going to be, who your opponents are and what their strengths and weaknesses are, where are the Daily Doubles -- so, really just focusing on reading the clue and coming up with a response as quickly as possible so that when the host finishes reading, I'm ready to buzz in and I'm thinking about my timing there and not getting distracted by everything else."

Viewers have noticed that Roach often talks to herself during the show and she revealed that her recitations are usually a prayer.

"When the cameras first started rolling, and Johnny Gilbert is reading the introduction, I'm kind of muttering something a little bit and what I was saying was Hail Marys actually," Roach explained. "I went to Catholic high school and there was a giant image of Mary in the study hall where we would write all our exams. So I started to associate praying to Mary with, I guess, anything intellectual. I figured, you know, it certainly can't hurt. It certainly didn't seem to hurt me."

Roach follows in the footsteps of Amy Schneider, the previous super champion, who won 40 games overall and walked away with a grand total of $1,382,800 in prize money.

She will continue to defend her title in Thursday's episode, but she's still figuring out her future.

"Honestly, I would love to know the answer to it myself," Roach said. "I'm definitely thinking at this point now, especially with all the money I have in the bank -- going back to school, either for professional school or master's degree or something, might be in the cards in the future. But you know, 'Jeopardy!' showed me unexpected things can happen. So I'm trying to be open-minded about what might come next."