Attorneys for actor Johnny Depp on Monday rejected efforts by Amber Heard's legal team to persuade Judge Penney Azcarate to toss the verdict in their defamation case and declare a mistrial.

In a 40-page brief, Depp's lawyers called the motion, and the claims within that filing, "frivolous."

"While Ms. Heard slings an exceptional amount of mud at the wall in the hope that something might stick, the jury's verdict on damages was perfectly reasonable and supported by the evidence and testimony" heard over the six-week trial, Depp's attorneys wrote.

On Friday, Heard's attorneys filed a motion saying that one of the jurors chosen for the trial was not the same person who received the jury summons. The original juror, who listed his birth year as 1945, shares the same last name and address as the juror who served and who listed his birth year as 1970. According to the court filing, "the individual who appeared for jury duty with this name was obviously the younger one."

"It is deeply troubling for an individual not summoned for jury duty nonetheless to appear for jury duty and serve on a jury, especially in a case such as this," the attorneys wrote. "This was a high-profile case, where the fact and date of the jury trial were highly publicized prior to and after the issuance of the juror summonses."

On Sunday, a spokesperson for Heard told ABC News that the revelations in the filing "may be the crack in the dike. There were a torrent of problems with this trial." 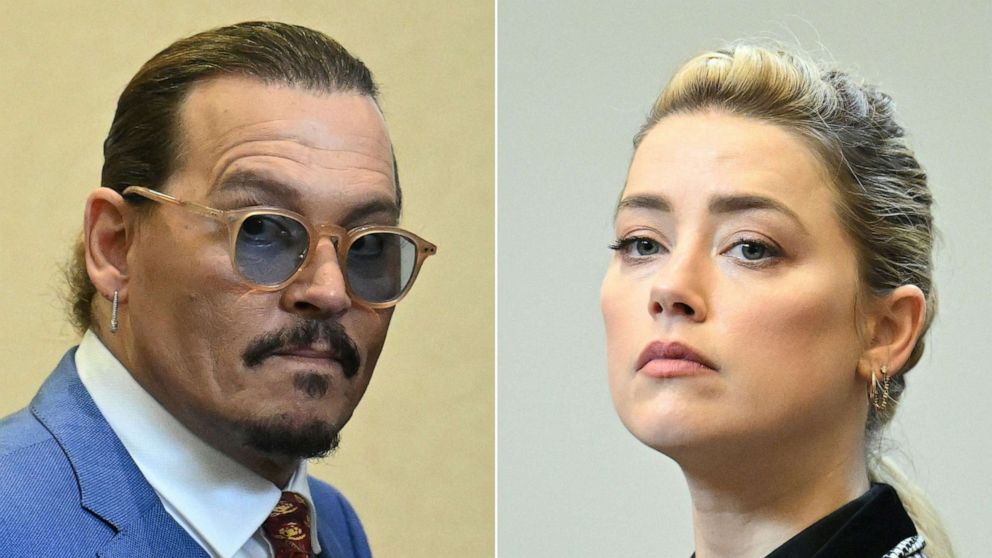 The Depp team's 40-page filing largely reaffirmed findings from the trial and characterized Heard's jury claim as "desperate, after-the-fact" and "misplaced." They argued that precedent required Heard to make the claim at the time of the verdict and that her team could not show "evidence of prejudice" that would compel the court to reject the juror.

They also said that both legal teams are legally obligated to verify the accuracy of juror information before trial. Her legal team received the information on April 6, five days before the jury was decided, they said.

Heard had "ample time to verify the accuracy of the information" related to the jurors, they said, noting that Heard's legal team did not raise the issue at any point during the trial.

The trial, which thrust the small courthouse in Fairfax, Virginia, onto a global stage for nearly two months, featured audio and video evidence showing the tumultuous marriage between both actors. Depp filed the original defamation suit against Heard after she published an op-ed in the Washington Post claiming she was a victim of domestic violence without naming Depp. The couple divorced in 2017 after nearly two years of marriage.

On Monday's "Good Morning America," ABC News Chief Legal Analyst Dan Abrams said the juror situation that Heard's team outlined was "unusual" but added that "it would be very unlikely for the court to overturn the verdict as a result of it."

"They would need some level of intentional conduct, meaning that the juror wanted to be on the jury, intentionally tried to fool the court into believing that he was the right person and [that was] the reason that he made it on the jury," he said. "Absent that … it's very tough to get a jury verdict overturned after the fact."