Kourtney Kardashian is setting the record straight on rumors that she recently married Travis Barker.

On Monday, reports surfaced that the "Kardashians" reality star and Blink-182 drummer tied the knot in Las Vegas following the 2022 Grammy Awards.

Kardashian shared a series of photos from the "ceremony" on Instagram on Wednesday, along with a caption on what went down.

"Once upon a time in a land far, far away (Las Vegas) at 2am, after an epic night and a little tequila, a queen and her handsome king ventured out to the only open chapel with an Elvis and got married (with no license)," she wrote. "Practice makes perfect." 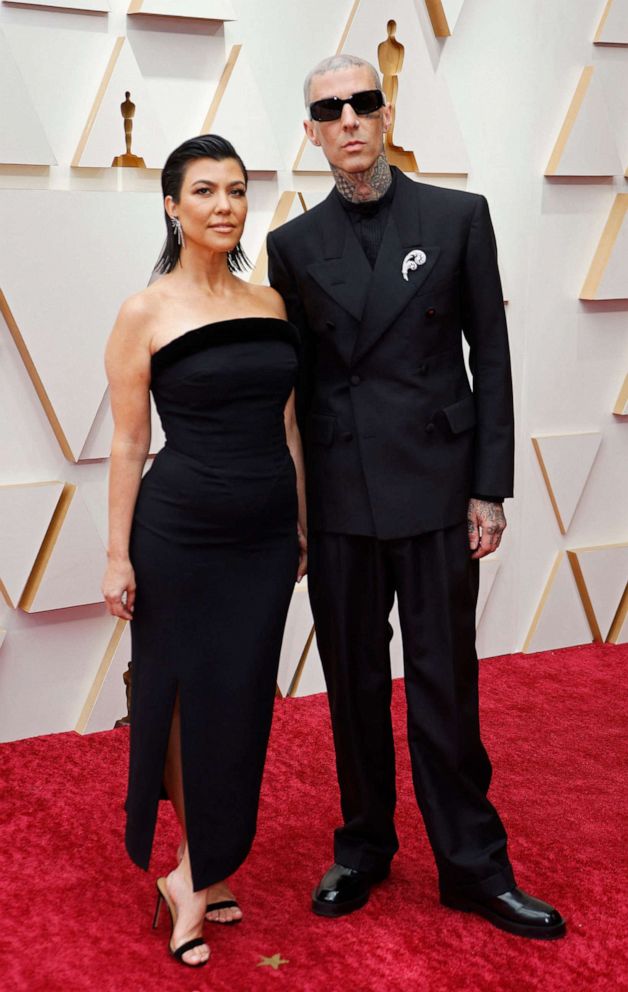 Eric Gaillard/Reuters
Kourtney Kardashian and Travis Barker pose on the red carpet during the Oscars arrivals at the 94th Academy Awards in Hollywood, Calif., March 27, 2022.

The snaps featured the couple wearing matching leather jackets and embracing in a chapel, with an impersonator featured in the background of the images.

The couple, who confirmed their relationship with an Instagram post in February 2021, announced their engagement in October. Kardashian shared snaps from Barker's romantic proposal on the beach, simply captioning her post, "forever."

Barker has been married twice before, to Melissa Kennedy from 2001 to 2002 and to Shanna Moakler from 2004 and 2008. He shares two children with Moakler: 18-year-old Landon and 16-year-old Alabama.

MORE: Kourtney Kardashian and Travis Barker's most stylish moments together

"The Kardashians," an ABC News special, airs Wednesday, April 6, at 8 p.m. ET on ABC and is available the next day on Hulu.