Just weeks after actress Lori Loughlin and her husband, fashion designer Mossimo Giannulli, reported to prison for their roles in the so-called "Varsity Blues" college admissions scandal, their daughter, Olivia Jade Giannulli, is speaking out about what happened.

In an interview with "Red Table Talk" hosts Jada Pinkett Smith, Willow Smith, and Adrienne Banfield-Norris, the 21-year-old opened up about how her life of privilege made her naive to the ramifications of her parents' actions and how their very public downfall has shifted her perspectives.

Noting that it's been "hard" for her to know that her parents are currently behind bars, Giannulli said that everyone in her family recognizes the enormity of the mistakes made. "I don't deserve pity. We messed up," she said.

"I took my privilege and all my blessings for granted and I never thought anything of it," Giannulli added. "That's what really rocked me. I was like, 'This is wrong. You need to talk about this. You need to do it publicly because the situation was public, and then you need to move forward and do better.'"

I walked around my whole 20 years of life not realizing, 'You have insane privilege. You're like the poster child of white privilege and you had no idea.'

After pleading guilty to conspiracy charges earlier this year, Loughlin, 56, reported to the Federal Correctional Institution in Dublin, California, on Oct. 30 to serve a two-month sentence. Her husband, 57, began serving his five-month sentence at the Federal Correctional Institution, Lompoc in Southern California on Nov. 19. The couple was accused of paying $500,000 to get their two daughters into the University of Southern California as crew recruits even though neither girl had ever rowed competitively. 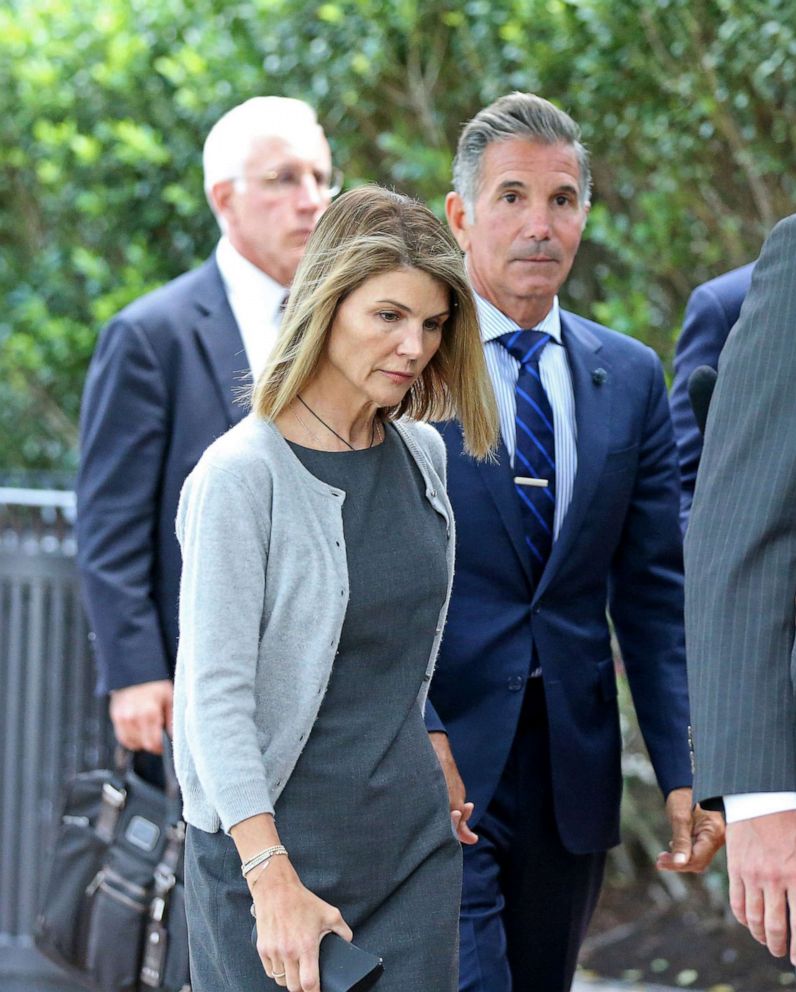 I feel like I deserve a second chance to redeem myself.

"I've had a really strong relationship with my mom and my dad my whole life. I was definitely confused when this all came out and I went and confronted them about everything. They didn't really have much to say except, like, 'I'm so sorry. I really messed up in trying to give the best to you and [your] sister [22-year-old Isabella],'" Giannulli said. "I know they're good people and I know that I'm not gonna judge them for a mistake they made. And although it's a big one, they're gonna pay the price for it."

"Neither of them went to college so I think it was important to them [to say], 'We didn't get to have that; I want to give it to you,'" she continued. "But they wanted to give it to us a little too much."

As a high school student, Giannulli said she believed she'd been working with a legitimate college counselor and that her parents had made charitable contributions to the school — actions that many of her friends and their families had taken. She said she learned of the charges against her parents when she was on a spring break trip as a student at USC. Mortified, she never returned to school.

"I shouldn't have been there in the first place, clearly, so there was no point in me trying to go back," she said.

After spending time reflecting on the situation, Giannulli said she was forced to confront the realities of her family's financial privilege. The former YouTube personality, who said she cringes when she looks back at some of her videos, has since begun volunteering and is trying to better herself.

"That's embarrassing within itself that I walked around my whole 20 years of life not realizing, 'You have insane privilege. You're like the poster child of white privilege and you had no idea,'" she said. "There's no justifying or excusing what happened because what happened was wrong. I think every person in my family can be like, 'That was messed up. That was a big mistake.' But I think what's so important to me is to learn from the mistake — not to now be shamed and punished and never given a second chance."

"I'm 21," she continued. "I feel like I deserve a second chance to redeem myself to show I've grown."