What's the secret to making a combustibly entertaining movie during a global pandemic? First follow safety protocols, and then put the insanely gorgeous and gifted Zendaya and John David Washington in a room together and let them rip. Although having a script that is more than a thin outline would have been nice, Zendaya and Washington are thrilling to watch. "Malcolm and Marie," as writer-director Sam Levinson calls this dazzling DIY project now available on Netflix, is proof positive that sparks can fly with just two young talents firing on all cylinders.

Shot in shimmering black-and-white in a glamorous glass house where stones of the verbal variety will definitely be thrown, the movie sets up its two lovers in a situation that plays like a millennial "Who's Afraid of Virginia Woolf?" Washington's Malcolm is flying high. His new film has just premiered in Los Angeles to the kind of critical and audience adulation his previous work conspicuously failed to deliver. So why is Zendaya's Marie less celebratory? 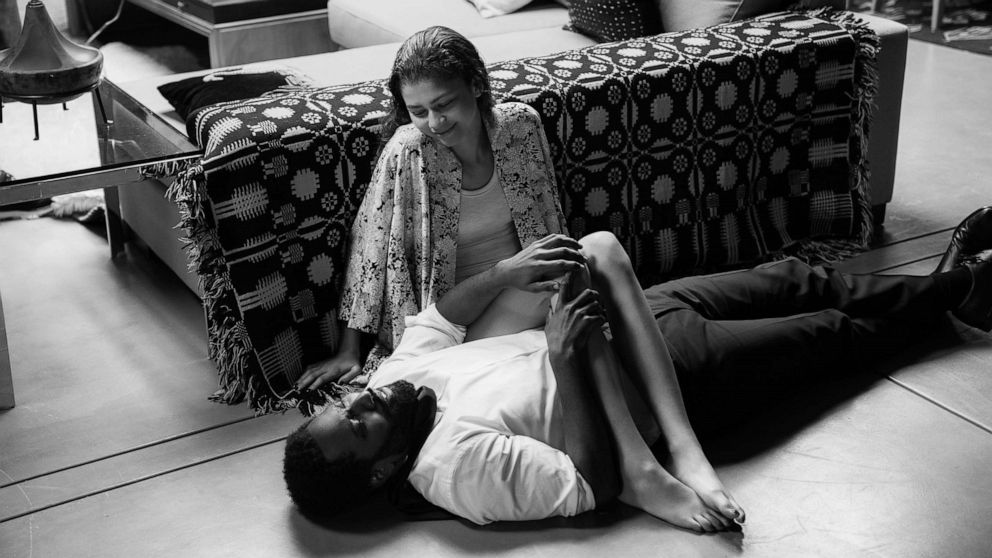 At a party, Malcolm effusively thanked everyone, except for Marie. Since Malcolm at least partially based his film on Marie's life as a recovering addict, his omission qualifies as an epic ouch. And since Marie is an aspiring actress, why didn't he cast her in the role? For a while, the two tease out the situation for lacerating laughs as Marie whips up a midnight dish of macaroni and cheese for Malcolm to choke on.

Levinson, the son of Oscar-winning "Rain Man" director Barry Levinson, knows the Hollywood game intimately. And he writes what he knows. He and his wife, Ashley Lent Levinson, who co-produced "Malcolm and Marie" with him, once had a similar but less extreme argument over the lack of a thank you. As the banter heats up between Malcolm and Marie, the fissures in their relationship become more apparent.

Malcolm has a thing about condescending white critics who compare him to other Black filmmakers, such as Barry Jenkins, and not to the white directors of Hollywood's Golden Age, such as Malcolm's favorite, William Wyler. And Marie knows how to press his buttons by mentioning his resentment toward "the white girl from the LA Times" who sucked up to him at the party but had previously skewered his work. Although Levinson is Jewish, not Black, his bristling attacks on reviewers feel personal. Didn't LA Times critic Katie Walsh pan Levinson's 2018 feature, "Assassination Nation?" She did, indeed. 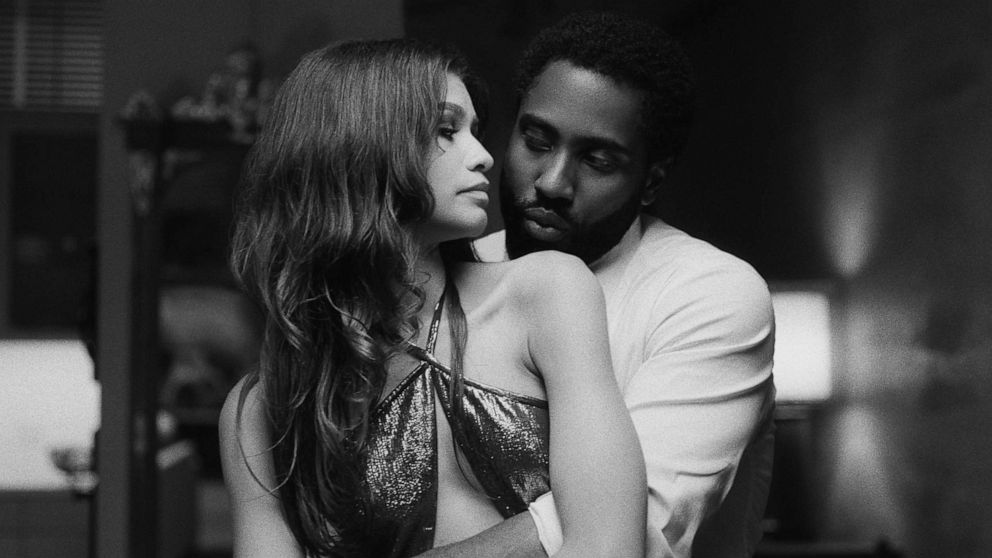 Although Levinson bogs down his movie with inside-baseball minutiae, he rallies by pushing his actors to make everything personal. Marie knows that inside every Hollywood narcissist is a quivering mass of insecurity. And she goes in for the kill. Washington, so fine in "Tenet" and "BlackKklansman," plays Malcolm as a transfixing blend of contradictions that Marie can exploit. He's mesmerizing.

Still, this is Zendaya's movie, revealing her seemingly limitless potential. Although Washington, 36, is 12 years older than his co-star, her take-charge maturity quickly evens the stakes. Since her days on the Disney Channel in "Shake It Up," this model-singer-dancer-performer has left an incandescent mark in "The Greatest Showman" and two "Spider-Man" epics. Last year, she made history by becoming the youngest Emmy winner in the Outstanding Lead Actress in a Drama Series for "Euphoria," the HBO hit created by Levinson, in which she plays a teen struggling with substance use.

When the pandemic halted production of Season 2 of "Euphoria," Levinson dreamed up "Malcolm and Marie" to give Zendaya her first adult role. And she meets the challenge in a raw, scrappy, lived-in performance that announces a skyrocketing star who can really act. Her range is astonishing as Marie gives Malcolm a lesson in acting he didn't see coming.

Maybe, heaven forbid, those irritating critics are right, and "Malcolm and Marie" is little more than an academic exercise for up-and-comers batting around ideas no one had the time to fully develop. Still, for those interested in who'll be taking movies into an uncertain future, this pairing of two supernovas is something you don't want to miss.