Her funk music, her Afrofuturistic image as an android in a tux, her indisputable artistry and her fierce fight for Black Lives Matter have made Janelle Monáe a global force of nature. Now, it's Monae the actor, who's stirring things up.

Following vivid supporting roles in such Oscar-buzzed films as "Moonlight" and "Hidden Figures," Monáe made her starring debut in "Antebellum." And if you think she took the timid route, you don't know Monáe. "Antebellum" is a socially conscious horror film with systemic racism as the monster.

Though mindful of Jordan Peele's better executed "Get Out" and "Us," "Antebellum" spills over with more ideas than it knows what to do with. But why knock writer-directors Gerard Bush and Christopher Renz for trying to do too much with their launch into features? Plus, whenever the plot flies off course, there's Monáe to steer the ship in a performance that blazes with ferocity and feeling.

Who does she play? We have to tread cautiously here to avoid spoiling the film's byzantine twists and turns. Let's just say that Monáe steps into the role of Veronica Henley, a successful, TED-talking academic in the field of racial equality. Veronica is clearly at the top of her game, relishing a trailblazing career in Washington, D.C., with an adoring husband (Marque Richardson) and young daughter (London Boyce). On a book promotion trip to New Orleans, where she eats right-wing pundits for breakfast, Veronica relaxes over drinks with her outspoken bestie, Dawn ("Precious" Oscar nominee Gabourey Sidibe), ignoring subtle and not-so-subtle racial slights, until the steel magnolia (Jena Malone) breaks into her room to catch a "Girls Trip" vibe. 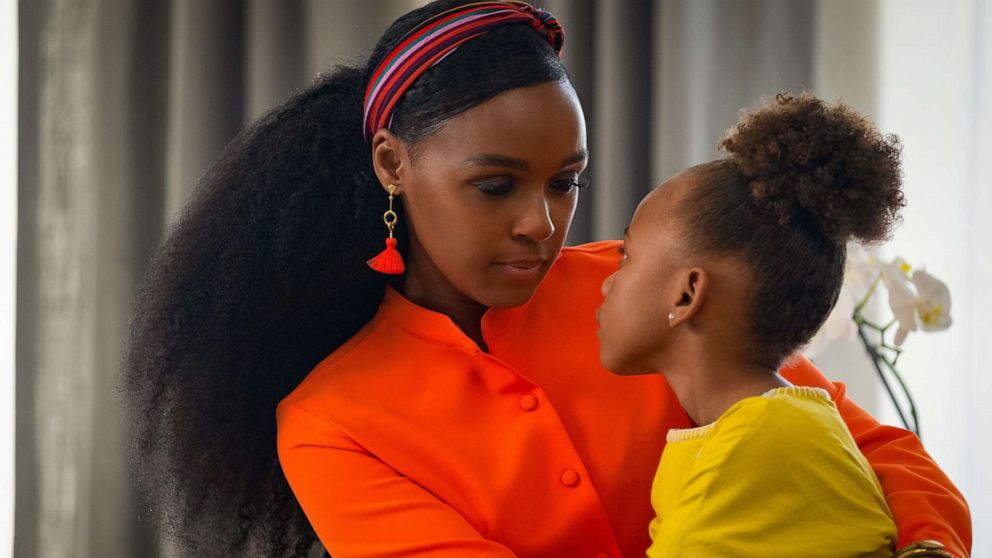 Then, boom, the film cuts back to its opening scene, set on a pre-Civil War cotton plantation in Louisiana that looks like something out of "Gone With the Wind," recently vilified for romanticizing the Confederacy and perpetuating painful stereotypes of slavery and people of color. It's here that Monáe -- playing a slave named Eden -- is beaten and branded for doing the very thing that Veronica has made her stock in trade: speaking her mind. Though silence and obedience are demanded by the plantation overseer, Capt. Jasper (Jack Huston), Eden has organized a stealth escape campaign with fellow slaves Eli (Tongayi Chirisa) and newcomer Julia (a terrific Kiersey Clemons). And the suspense is killer.

MORE: Horrors of slavery at center of Janelle Monae's 'Antebellum'

OK, the film's conclusion never pays off dramatically in regard to connecting the two faces Monáe shows the camera. But, the themes of "Antebellum" still feel as tense and timely as the latest headlines about Black subjugation to white rule. It's the lessons of history we still haven't learned that give "Antebellum" its bruised grit and gravity. Whenever the film drifts into incoherence, keep your eyes on Monáe, who never loses her grip on our minds and hearts. In select theaters and on demand on Sept. 18, "Antebellum" means to call out a divided country on intolerance, past and present -- and the power of that purpose is undeniable.