Former Destiny's child singer Michelle Williams is speaking out for the first time on live TV about her recent hospitalization for depression.

Williams and her fiance, Chad Johnson, sat down Friday with Robin Roberts, revealing that she's doing better since leaving treatment.

"I am just sitting here and fighting back tears," Williams told Roberts on "GMA." "I'm just thankful to be here to tell this story."

This past spring, not long after her reunion with Beyonce and Kelly Rowland at Coachella, Williams fell into a deep depression which led her to check into a treatment facility. In July, Williams thanked fans and loved ones in an Instagram post, writing, "Depression sucks, but my faith in God and my commitment to doing the work to stay well is my way out!"

Johnson said he was unaware of what Williams was going through at the time.

"The relationship just seemed to be slipping out of my hands," he said. "I could see [her] spiraling, but I had no idea that it was depression."

Williams said it was earlier this year when she began to feel off again.

"I was like, 'Just fight it, you've been here before,'" she said. "I'm identifying it...I just didn't do enough...so for months, I was slipping and slipping and slipping [and] before you knew it I was at the bottom of the pit looking up like, 'Am I really here again?' And I suffered by myself. I didn't want to tell anybody."

"I didn't want anyone to be like, 'Oh my gosh, here we go again. I thought you were over it,'" Williams said, adding that this was her second bout with depression.

"Through the process even our marriage counseling, I had to confront what was making me so angry," she said.

"When celebrities step forward and talk about their own struggle, even in the face of having great success and being financial well-off, it goes a long way to encouraging others to stop thinking about mental health issues about being a shameful issue," psychiatrist Dr. Gail Saltz told "GMA" in June.

Williams and Johnson said they want to strip away the stigma that's so often attached to mental illness. 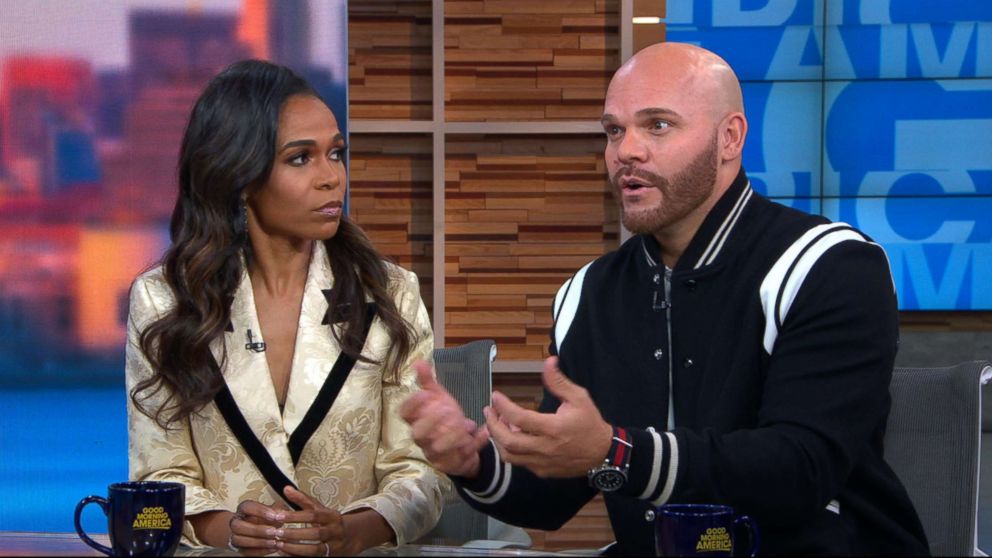 Thank you ALL sooooooooooooooo much for every message of love and support sent! My family, friends and fiancé have been AWESOME! Sitting here reflecting on the past two weeks. I had no plans of what I was going through being public BUT now that it is I have a made an even BIGGER commitment to the mental health awareness area. So many people are suffering, hurting, hopeless, lost and don’t see a way out but there is. Depression sucks, but my faith in God and my commitment to doing the work to stay well is my way out! You have to do the work even when you’re tired and feel the heaviness. Take one step at a time! Don’t overwhelm yourself. If you can just get up out the bed and brush your teeth and shower.....DO IT. For people dealing with depression , that is a HUGE step! Now don’t be depressed AND stinky.....pick a struggle! ?? (y’all know I had to add some humor) Anyhoo.....I love you all very much! Talk soon! ?? (yes I need a fill and my roots need to be flat ironed....bye.....I haven’t lost my humor) ?? Oh......Miss Tina cooked a HUGE meal for me the other night too, I just wanted to make y’all jealous! ???????

Williams said she didn't want to discuss her situation by releasing a statement on social media. But news of her depression soon leaked.

"It hurt my heart because that's what keeps people from getting treatment -- somebody might find out," she said. "I had to close my curtains. I even left the treatment facility early because I was so paranoid."

Thank you @RobinRoberts and the entire @GMA family for the compassion shown! I was two seconds away from being in full ugly cry but I was able to hold it together! Thank you for the embrace to my fiancé @PastorCJ too!! ?? https://t.co/xyXsrTnIth

Williams added, "I need the sunshine [and] I could no longer have it because somebody just had to tell it. We've lost so many amazing people, whether you're in the spotlight or a loved one at home couldn't go [to treatment] because they were worried about, 'is somebody at my job going to find out?'"

Williams recalled asking her fiance if he wanted out of the relationship.

"I said 'Babe, I will understand if you leave. I can go to bed at night knowing that you left because were praying for a wife but not a depressed one,'" Williams said. "But he showed me sickness and in health already before marriage."

Now, the couple is giving fans a look into their relationship as they head to the alter.

Their reality show, "Chad Loves Michelle," premieres this Saturday on OWN.