Even in a pandemic, New York City's Museum of Modern Art found time to celebrate George Clooney as actor, director and humanitarian. His wicked sense of mischief is also a bonus.

You can see all sides of Clooney in "The Midnight Sky," an intimate epic releasing globally this month on Netflix, in which People's Sexiest Man Alive (twice honored) casts himself as a grumpy old dude with a beard Santa would envy.

Clooney, 59, can see the humor in that, but his decision to direct this apocalyptic thriller speaks to an affinity, more thoughtful than flashy, for exploring how people live in a real world where dreams are often tinged with regret.

In "The Midnight Sky," astutely adapted by "The Revenant" screenwriter Mark L. Smith from "Good Morning, Midnight," the 2016 novel by Lily Brooks-Dalton, Clooney plays Augustine, an astronomer who sacrificed his personal life to get lost in the stars. 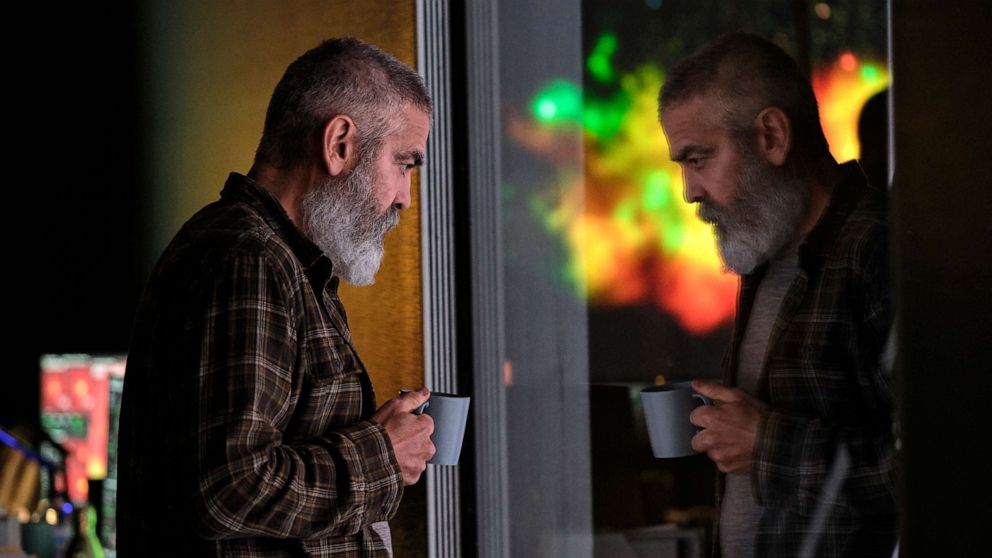 Netflix
George Clooney in a scene from "The Midnight Sky."

When the film opens in 2049, the cancer-stricken Augustine sits alone in an Arctic observatory wondering how to tell the crew of the NASA spaceship Aether that staying in flight might be a better alternative than coming home to ravaged Earth. It's not specified whether cataclysm, plague or global warming destroyed the planet, but none of them seem far-fetched.

It turns out that Augustine is not alone after all. A strangely silent 6-year-old girl, Iris (the lovely Caoilinn Springall), has accidentally been left behind when her family fled to seek dubious safety elsewhere. The growing father-child bond between Augustine and Iris fulfills a need for them both even as they must trudge through a frozen wasteland to find answers. 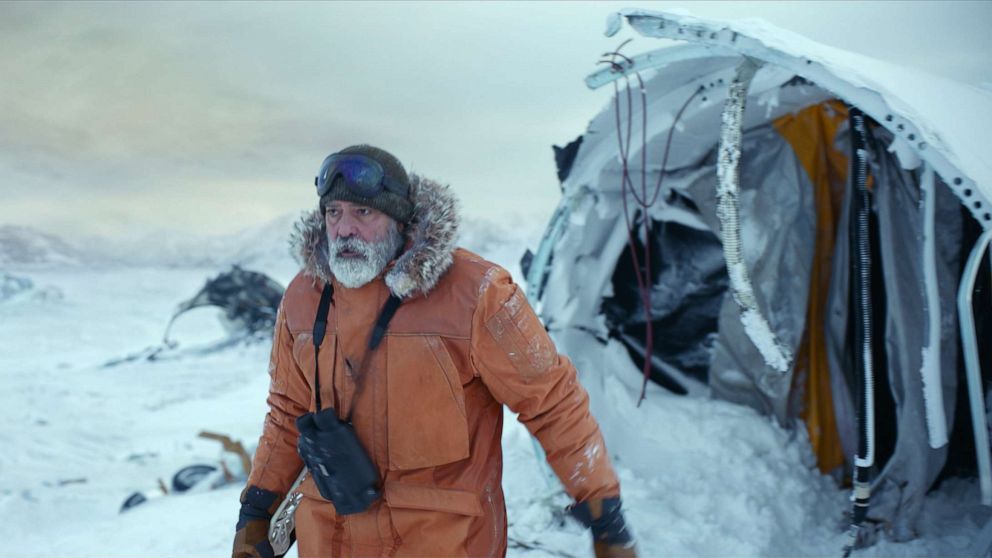 Netflix
George Clooney in a scene from "The Midnight Sky."

On the Aether, returning from a 2-year mission to explore the moons of Jupiter for potential colonization, the tension is palpable. Sully, the communications officer, played by the gifted Felicity Jones, struggles to make contact with Augustine. Technical difficulties force her outside to make repairs during a meteor shower that recalls the pulse-pounding tension in Alfonso Cuaron's "Gravity," the space epic in which Clooney co-starred with Sandra Bullock.

Still, "The Midnight Sky" finds its beating heart, not in derivative sci-fi dazzle, but in its people. The pregnant Sully has found love with mission commander Adewole (David Oyelowo), who shares her passion for cosmic exploration.

But pilot Tom Mitchell (Kyle Chandler) is a homebody and his jaunty "Sweet Caroline" duet with navigator Sanchez (Demián Bichir) is full of yearning for something that no longer exists. For flight engineer Maya Lawrence (a striking Tiffany Boone), everything is a first and her openness keeps the film alive to the possibility that rises in the soaring score by Alexandre Desplat.

All the actors excel, but it's Clooney and Jones who hold the center as the parallel lines of their separate stories finally meet. Despite its doomsday scenario, "The Midnight Sky" finds hope in the human impulse to have each other's backs. Cynics may find it mawkish, but Clooney goes his own way.

In his Oscar-nominated 2005 masterpiece, "Good Night and Good Luck," Clooney the filmmaker countered the tabloid invasion by finding inspiration in the journalistic integrity of broadcaster Edward R. Murrow, who warned against the media as a tool to "distract, delude, amuse and insulate." In "The Midnight Sky," Clooney does just the opposite, using his film to focus, enlighten, provoke and reach out. I'd say he made the right decision.