Tennis star Naomi Osaka donned a face mask with the name of Breonna Taylor, the 26-year-old Black woman who was shot and killed by Louisville police officers in March, at her debut match Monday night at the U.S. Open.

Osaka, the 2018 U.S. Open champion, wore the mask before and after her first-round victory against Japan's Misaki Doi at Arthur Ashe stadium.

Osaka said she brought seven different face masks with her to the Grand Slam tournament, each honoring a different person killed by police.

"It's quite sad that seven masks isn't enough for the amount of names, so hopefully I'll get to the finals so you can see all of them," said Osaka, according to The Associated Press. "I'm aware that tennis is watched all over the world, and maybe there is someone that doesn't know Breonna Taylor's story. Maybe they'll, like, Google it or something." 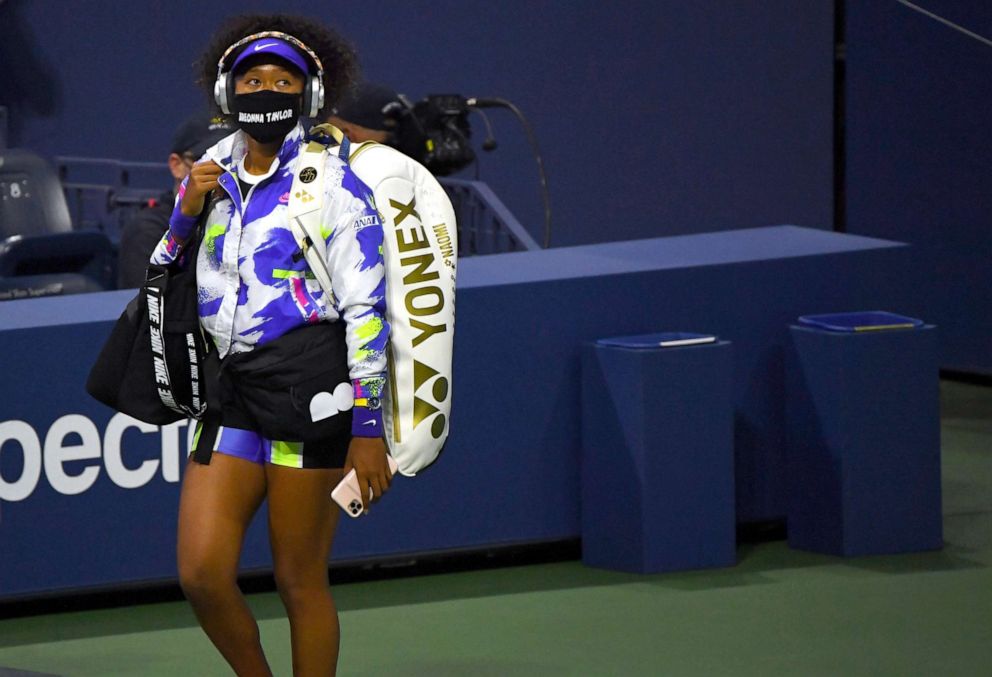 "For me, [it's about] just spreading awareness," she said. "I feel like the more people know the story, then the more interesting or interested they'll become in it."

Osaka, 22, joined fellow athletes in protest last month after the police shooting of Jacob Blake, a 29-year-old Black man who was shot seven times by police in front of his children. The shooting sparked civil unrest in Blake's hometown of Kenosha, Wisconsin, and across the country.

Osaka protested the shooting by not competing in an Aug. 27 scheduled semifinal match at the 2020 Western & Southern Open.

"Hello, as many of you are aware I was scheduled to play my semifinals match tomorrow," Osaka wrote in a statement shared on Twitter. "However, before I am an athlete, I am a black woman. And as a black woman I feel as though there are much more important matters at hand that need immediate attention, rather than watching me play tennis."

"I don't expect anything drastic to happen with me not playing, but if I can get a conversation started in a majority white sport I consider that a step in the right direction," she continued. "Watching the continued genocide of Black people at the hand of the police is honestly making me sick to my stomach."

Osaka added in her statement that she is "exhausted of having a new hashtag pop up every few days and I'm extremely tired of having this same conversation over and over again."

"When will it ever be enough?" she asked, ending her statement with Jacob Blake's name, Breonna Taylor's name, Elijah McClain's name and George Floyd's name. 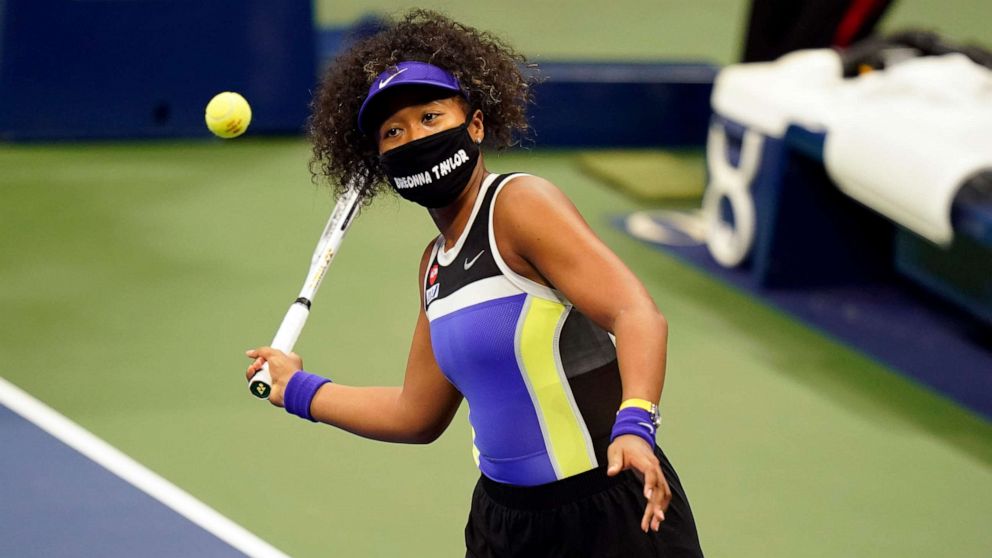 Frank Franklin II/AP
Naomi Osaka, of Japan, wears a mask in honor of Breonna Taylor as she celebrates after defeating Misaki Doi, of Japan, during the first round of the US Open tennis championships, Aug. 31, 2020, in New York.

Taylor was fatally shot in Louisville, Kentucky, on March 13 by police who were conducting a "no-knock" search warrant. Elijah McClain died at the age of 23 on Aug. 24, 2019, when he was walking home and stopped by Aurora, Colorado, police, was detained and put in a chokehold and administered ketamine by paramedics.

George Floyd, a 46-year-old Black man, was killed while in police custody in Minneapolis on Memorial Day after former police officer Derek Chauvin put his knee on Floyd's neck for nearly nine minutes.