Twenty years ago, Ozzy and Sharon Osbourne documented their family's journey moving to their Los Angeles home on MTV. Now, the couple is moving out.

Last month, the Black Sabbath singer, 73, said in an interview with The Observer that he and his wife plan to permanently return to their English country estate in the United Kingdom in 2023. 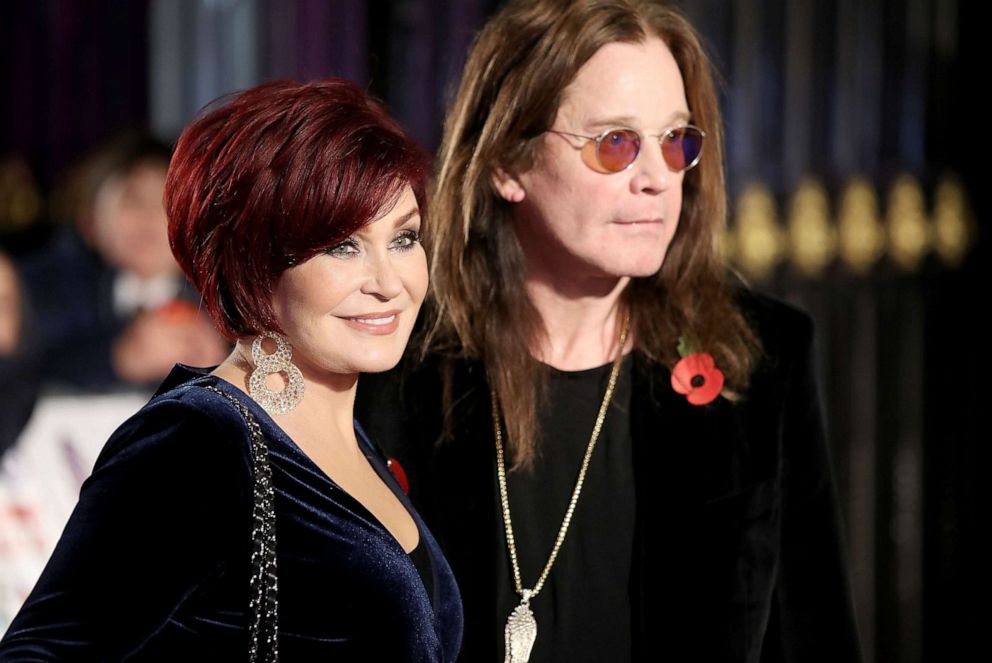 Mike Marsland/WireImage via Getty Images, FILE
In this Oct. 30, 2017, file photo, Ozzy and Sharon Osbourne attend an event in London.
MORE: Sharon Osbourne gives thanks for 'outpouring of love': 'We're not gonna stop until Ozzy is back up there on that stage'

"I just feel at this point in my life, I can't speak for Ozzy, but I wanna go home," Sharon Osbourne, 69, told ABC News correspondent Chris Connelly. "And it doesn't mean I'll never come -- my children are here. I need to be back where I came from."

The couple said their move will be documented in a BBC series. But leaving the U.S. is more of a "see ya later" than a "farewell," as their kids, Jack and Kelly Osbourne, have planted roots here. (Jack has a family with four kids and Kelly is expecting her first child this fall.)

Ozzy, Sharon, Kelly and Jack Osbourne became the stars of television with their reality series, "The Osbournes," in 2002. The show followed the family's life in Beverly Hills.

The series ran for four successful seasons and transformed Ozzy into a beloved pop culture icon. The final episode aired in March 2005.

"That period of time was wonderful," Ozzy Osbourne said. "The thing that Sharon pointed out -- our kids, instead of just telling them about what it was like, I can show them what it was like."

MORE: Kelly Osbourne begs followers to stay home as she pledges to #StayHomeforOzzy amid COVID-19 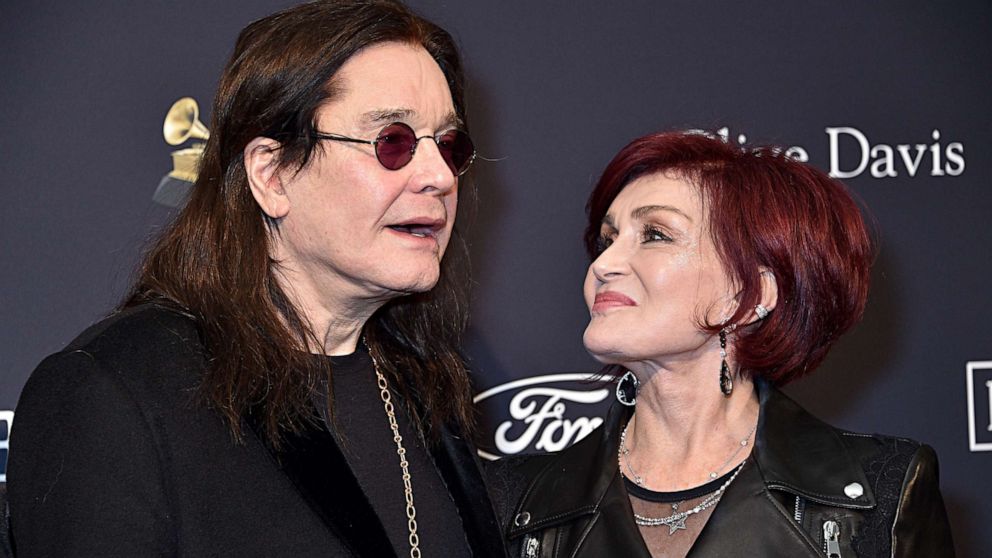 This month, a four-part docuseries on Fox Nation called "Sharon Osbourne: To Hell & Back" will air. It will follow Sharon's eventful life and address her tumultuous March 2021 departure from "The Talk" after her exchange on racism with co-host Sheryl Underwood.

"What happened to me. The way I felt about it. The amount of time it took me mentally to get over it. And just to show I have -- got over it," Sharon Osbourne told Connelly.

"When you're accused of that, by saying, 'I'm not racist,' it's like being accused of a pedophile. It's one of those things now that you -- by saying you're not, they think you are more. It's like -- it's a stigma," Ozzy Osbourne added.

Looking back on that time, Sharon Osbourne said she has "no regrets."

"No more saying sorry, 'cause I'm not," she said. "''Cause I didn't do anything wrong except ask questions."

For Ozzy Osbourne, traveling back to the U.K. due to his health struggles has gotten more difficult.

In January 2020, the legendary rocker opened up to "GMA's" Robin Roberts about his private health battle he experienced after a fall and being diagnosed with Parkinson's disease, a neurodegenerative disorder that progresses slowly in most people and has no cure. 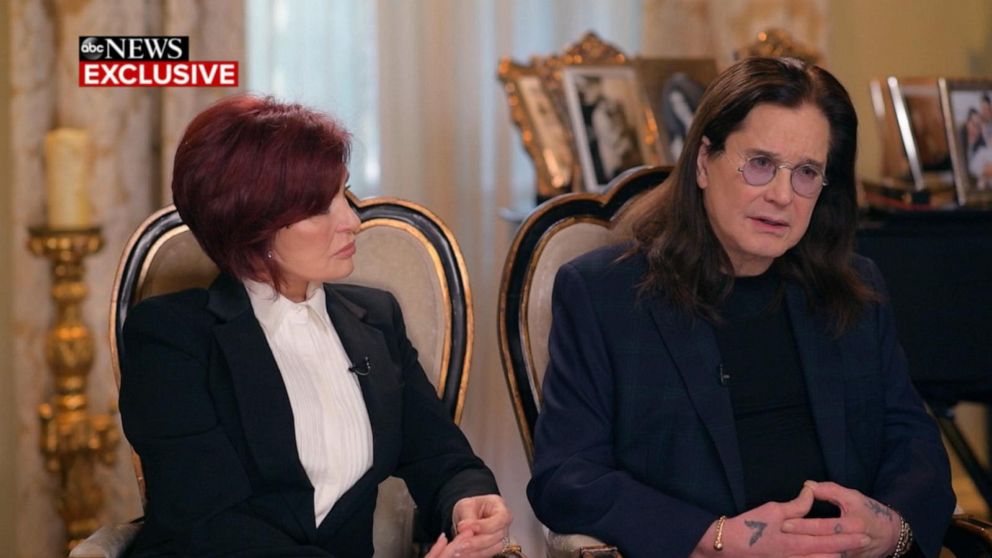 These days, the disease is slowly progressing for him but the physical issues remain.

"I have to negotiate everywhere I'm gonna go," Ozzy Osbourne said about his mobility. "I tire easily. But I'm well and working toward it. It's up and down -- my family have been absolutely wonderful while I've been laid up. I can't do it if they don't do everything for me."

"It's been everything from heartbreaking to soul-destroying to joys of his getting better," Sharon Osbourne said. "I think we see it more than he does 'cause we don't have to go through his frustration every day."

Following Ozzy’s 2018 New Year’s Eve show at The Forum, he had a "bad fall” in early 2019. "I had to have surgery on my neck, which screwed all my nerves in and I found out that I have a mild form of -” he revealed to Robin Roberts in 2020, with Sharon finishing, "PRKN2,” a gene known to cause early onset Parkinson's.

He underwent surgery in June 2022 to repair metal plates and screws in his back that were implanted during an earlier a prior surgery and to help relieve his pain.

"These metal plates were working their way out. The debris was rubbing on his spinal cord," Sharon Osbourne said. "He couldn't hold his head up."

"It broke his heart to see Ozzy in this way," Sharon said.

Ozzy added, "He said, 'I wanna see -- I wanna go to your concerts.' And believe me, I'll get you the best seat. Since I had this surgery, I've improved quite considerably. If I have to walk around with a cane on stage, so be it. If I have to be pushed on -- I'll be back on stage."

Getting back on stage

After all they've been through, Ozzy and Sharon Osbourne say they are still going strong, celebrating their 40th anniversary last month in Hawaii.

Ozzy also has plans to get back onstage as he appeared alongside his longtime guitarist from Black Sabbath, Tony Iommi, during the closing ceremony of the Commonwealth Games in Birmingham, England, last month. 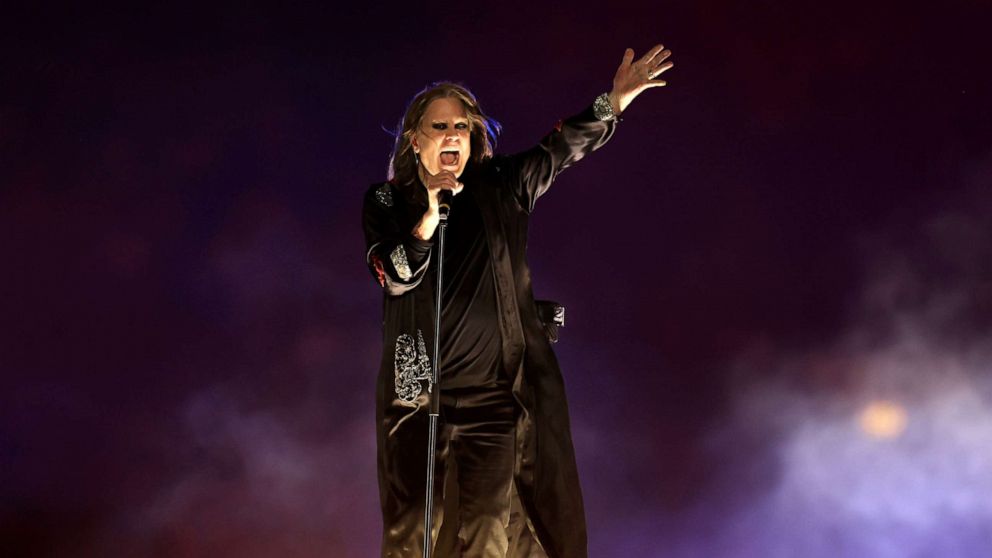 Cheering him on was Sharon Osbourne, who made sure things were safe for her husband. "She just said, 'Don't get walking. Just stand where you are and don't move,'" Ozzy said.

The moment was a special one for Ozzy who said the venue was five minutes from the school he went to. "If someone had said to me when I was 14 standing outside those school gates, 'You'll be closin' the Commonwealth Games,' it was just -- my life's been incredible. And that things have happened," Ozzy said.

He's also not letting anything slow him down, telling fans that he wants to continue doing what he loves most: being on stage.