For the first time in "Wheel of Fortune" history, Pat Sajak's daughter, Maggie, took the game show stage as a guest letter turner.

The 25-year-old was introduced on Monday's show by Vanna White, who was filling in as host while Sajak temporarily put his responsibilities on hold to recover from surgery.

"I'm happy to fill in, but you know, I could do this even better hosting the show with a Sajak," she said. "Everyone, please welcome Pat's daughter, Maggie Sajak."

Then, clad in a red dress, Maggie stepped onto the set and gave an update about her dad.

"He's doing well. From the perspective of his daughter, it was a scary experience, I'm not gonna lie," she said. "But he's doing great and I know he's so excited to be back next week."

Maggie described her experience on the show as "bittersweet" in an interview with ABC News' Paula Faris that aired Tuesday on "Good Morning America."

"it's bittersweet because obviously, the circumstances, you know, was that my dad couldn't be there," she told Faris. 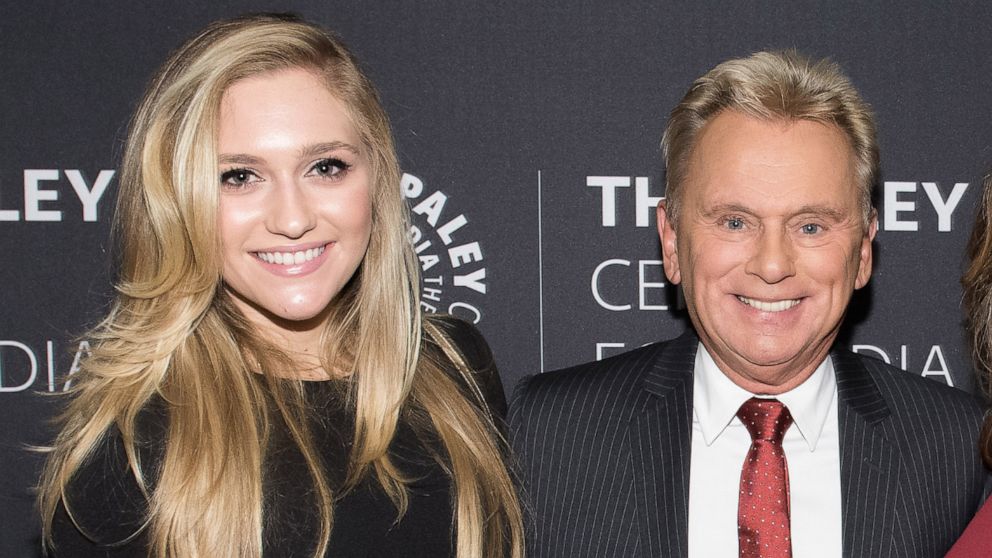 Maggie and Sajak told Faris that White came to their house the night before the show was taped and used their refrigerator to practice with Maggie.

Sajak was absent from "Wheel of Fortune" after undergoing emergency surgery in November for blocked intestine. He sought help after experiencing a "horrific pain" in his stomach during an early morning walk with Maggie.

"He's not a big complainer," Maggie said of her dad. "I could tell he was taking it seriously. We don't usually, you know, go into the emergency room for little things."

Sajak made a full recovery from the surgery and is now back in the studio filming new episodes of "Wheel of Fortune" that will begin airing next week.

He credits Maggie with helping him on his road to recovery, joking, "To this day, I don't think I'm allowed to pick up anything heavier than a pillow."

Maggie called it "amazing' to see her dad back at work after his health scare.

"It was definitely really scary," she said. "I'd like to say I was a trooper at the beginning. I wasn't."

"But I pulled myself together and I'm just so happy he's back in action and doing what he does," Maggie added.

And while this was her first time as a letter turner, Maggie made her TV debut on the "Wheel of Fortune" set in 1996 when she was just a 1-year-old.

A sweet clip was played at the end of Monday's show of her walking onto the set beside her father.

And when Sajak is ready to retire from "Wheel of Fortune" -- which he told Faris may be in the next three years -- Maggie said she will again be by her dad's side.

"I know that he wants to be able to leave, kind of on his terms," she said. "And no matter what he decides to do, I know he has such a lasting legacy on the show."