Fidel Castro, the communist leader and revolutionary dictator who ruled Cuba for more than half a century, was known for his addresses to the nation. They were often passionate, lengthy and frequently ended with the nationalistic phrase, "patria o muerte" -- "homeland or death."

Five years after Castro's death, unprecedented anti-government protests have erupted across the island and a hip-hop song that transposes the authoritarian leader's famous catchphrase became the anthem of the movement.

Instead of "homeland or death," the song is titled, "Patria y vida," which means "homeland and life."

Thousands of Cubans take to the streets in unprecedented protests

"Patria y vida," is a Spanish hip-hop song that was nominated last week for "song of the year" at the Latin Grammys. Amid protests in Cuba in July, the song went viral, becoming a rallying cry for voices of dissent within the island and the hashtag of SOS Cuba -- an international movement advocating for the Cuban people. 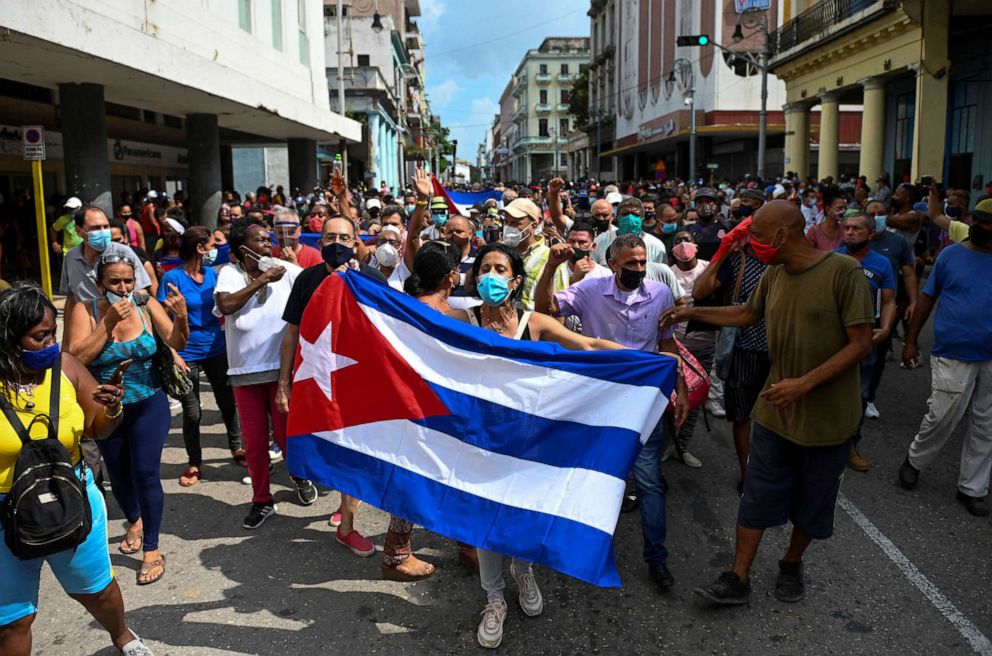 Yamil Lage/AFP via Getty Images, FILE
People take part in a demonstration to support the government of the Cuban President Miguel Diaz-Canel in Havana, on July 11, 2021.

Singer-songwriter Descemer Bueno, one of the artists featured in the song, reflected on the meaning of the phrase in an interview with ABC News that was translated from Spanish to English, and said that the artists wanted to strike an optimistic tone.

"I think that's the biggest significance of these two words together -- 'Homeland,' which is our home, which makes our hearts beat -- because Cubans are very patriotic -- and 'life,' which is what we want for the future," the Grammy-winning artist who is known for hits like "Bailando," said.

According to Maria Isabel Alfonso, professor of Cuban literature and culture at St. Joseph's College, a message of "hope and rebirth" is appealing to many young Cubans because they are "tired of the old rhetoric."

"People don't want to be dying anymore. They want to live," she said.

A fight for artistic expression

"Patria y vida" is a collaboration between Cuban musicians based in Miami and Cuba.

Along with Bueno, it features Yotuel Romero, a member of the groundbreaking Havana hip-hop group Orishas; Alexander Delgado and Randy Malcom, who make up the reggaeton duo Gente De Zona, along with Havana rapper Maykel Osboro and DJ El Funky, both of whom are based in Cuba and are members of the San Isidro movement. 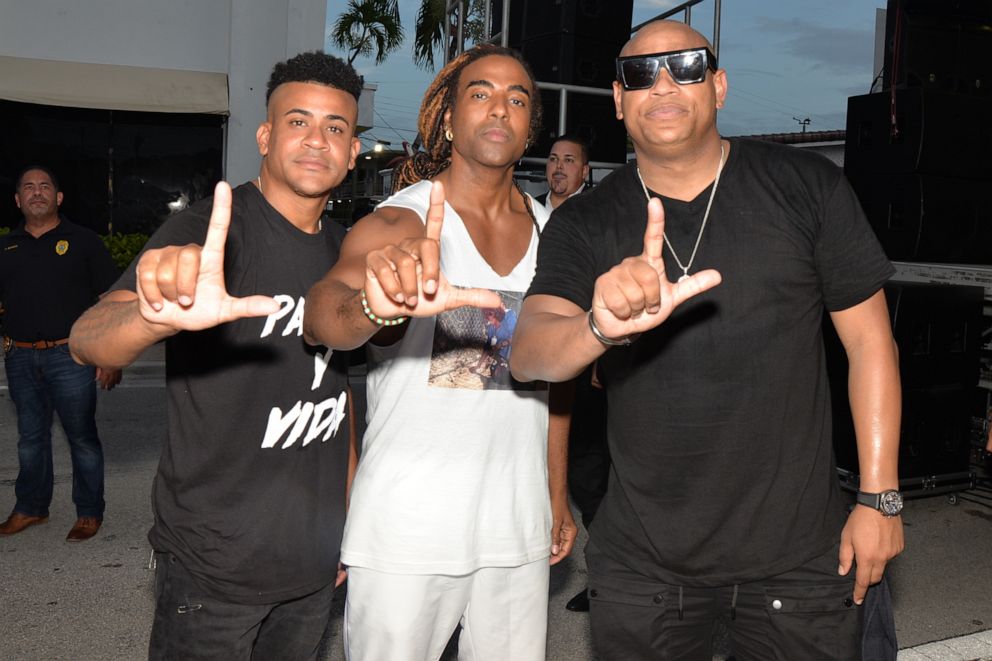 Manny Hernandez/Getty Images, FILE
Gente de Zona and Yotuel attends SOSCuba rally in support of the demonstration for Freedom in Cuba at Versailles restaurant in Little Havana on July, 14, 2021, in Miami.

San Isidro is a grassroots collective of artists that formed in 2018 to protest the Cuban government's censorship of artistic expression, Alfonso said.

"Patria y vida" paid tribute to the San Isidro movement in its lyrics and the video, which includes English translations.

Osorbo has been in prison since May, according to Bueno, and over the summer, El Funky shared on Instagram that he was placed on house arrest. But both artists have continued to speak out.

In his verse on "Patria y vida," Osorbo gives a shout out to prominent activists in the fight for freedom of expression, including academic and poet Anamely Ramos, and Cuban professor Omara Ruiz Urquiola, who were targeted and punished by the Cuban government for speaking out.

The making of a viral anthem

"Patria y vida" was released in February, but went viral in July, becoming a rallying call for anti-government protests that broke out across the island in response to an economic crisis that led to food and medicine shortages, power outages and a spike in COVID-19.

Bueno said that the song, which was Romero's idea, was initially titled "It's over" -- a phrase from the song's chorus. But after hearing the "patria y vida" lyric, he urged his collaborators to make it the title. 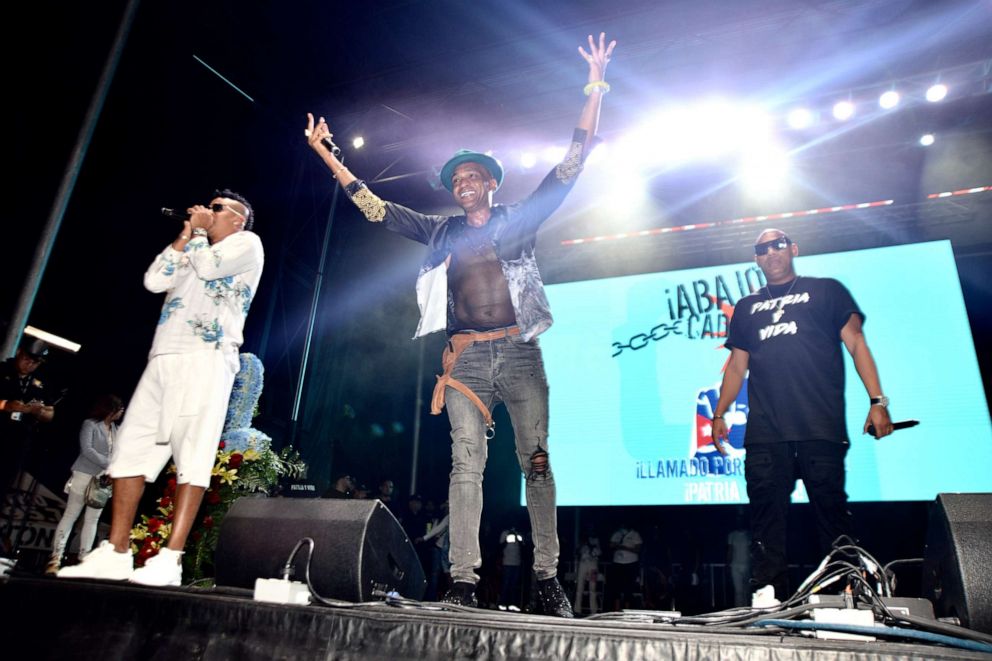 Manny Hernandez/Getty Images, FILE
Gente de Zona with Descemer Bueno at the Down with the Chains Freedom event at Bayfront Park on July 31, 2021, in Miami.

"Now it is the phrase that we are truly chanting every time we are going to protest -- whether in Madrid, in Milan, in France, at the Vatican, at the White House, with other Cubans, at the United Nations," he said.

According to Alfonso, part of the reason that the song has gone viral is that "it was a collaboration between Cuba and Miami," which helped it reach a larger audience, and it was released as the social unrest in Cuba was compounding.

"There has been opposition in Cuba for many years, and there have been voices of dissent for many years, but they never had the access to digital platforms like they do now," Alfonso said. "So that is the biggest catalyzer for all this movement to happen."

Amid the protest, the Cuban government blocked the internet and social media access in an attempt to silence the protests.

Afonso said that economic instability due to the policies of the Cuban government is exacerbated by international sanctions and the U.S. embargo, including a restriction imposed by the Trump administration on the ability of Cubans in the diaspora to send remittances through Western Union to their families. 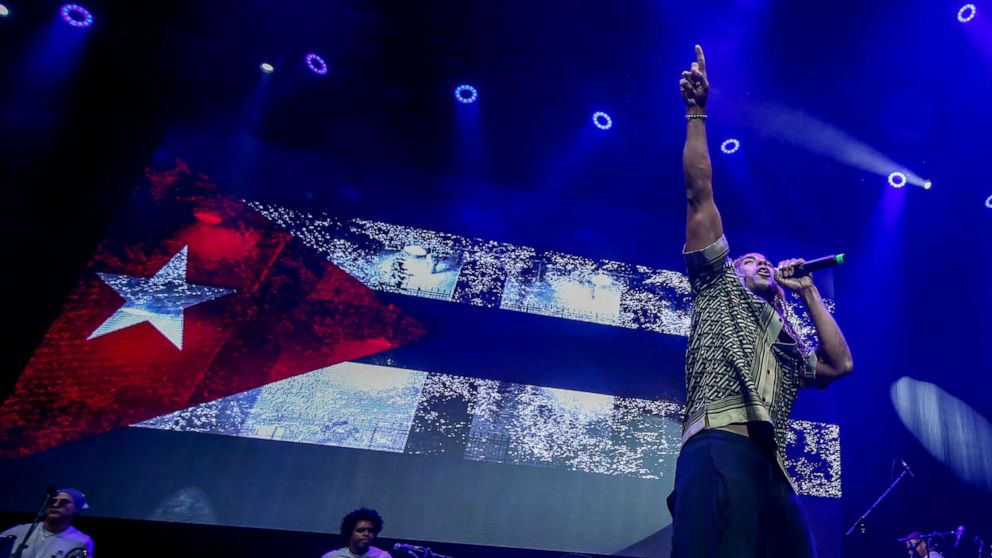 For Bueno, this has meant that he has been unable to send money to his mother, who inspired him to become a musician and is suffering from Alzheimer's disease.

"It is really very difficult for me just to think that maybe it will be a long time before I can see my family, that maybe I will not see my mother again," he said. "It's something that breaks my soul into a thousand pieces."

According to Alfonso, the political positions of those part of the "Patria y vida" movement vary.

Some protestors have called for U.S. military intervention -- a position that, according to Alfonso, is unpopular in Cuba and weaponized by the Cuban government to stigmatize and silence dissent.

"The Cubans, they want change, but they don't necessarily want the U.S. government to bring a change or to interfere … so that sense of national identity, respect to the historical legacy of the revolution, that is still there," she said. "And that is a popularized idea. It is not a communist [idea] or it's not the government -- it's the Cubans, overall." 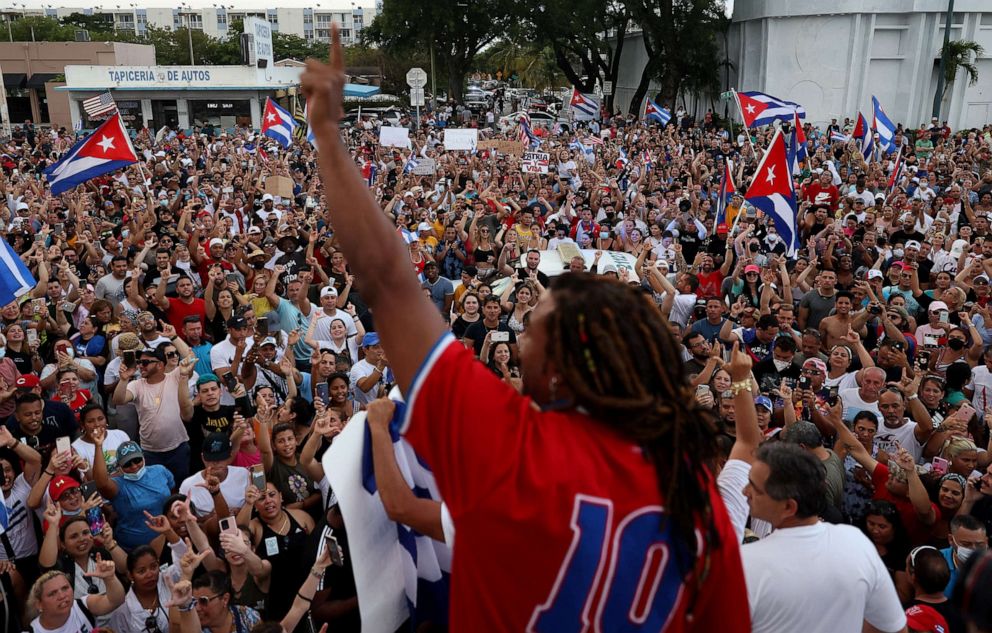 Joe Raedle/Getty Images, FILE
Singer Yotuel Romero addresses protesters gathered in front of the Versailles restaurant as they show support for the people in Cuba who have taken to the streets there to protest on July 11, 2021, in Miami.

The protests in Cuba over the summer were met by a crackdown on dissent by the Cuban government, leading to the imprisonment or detention of many who spoke out.

"They are having a very bad time. The protestors have been the bravest people I have ever met," Bueno said, adding that it's been heartbreaking for him to be away from his fellow musicians who have been punished for speaking out.

But the fight has continued and "Patria y vida" is the rallying cry in the fight to free the political prisoners on the island.

This fall, protesters are set to take to the streets again as part of "Marcha civica for el cambio," or "civic march for change" -- a protest organized by Cuban playwright Yunior Garcia Aguilera that is expected to take place across various provinces on the island. 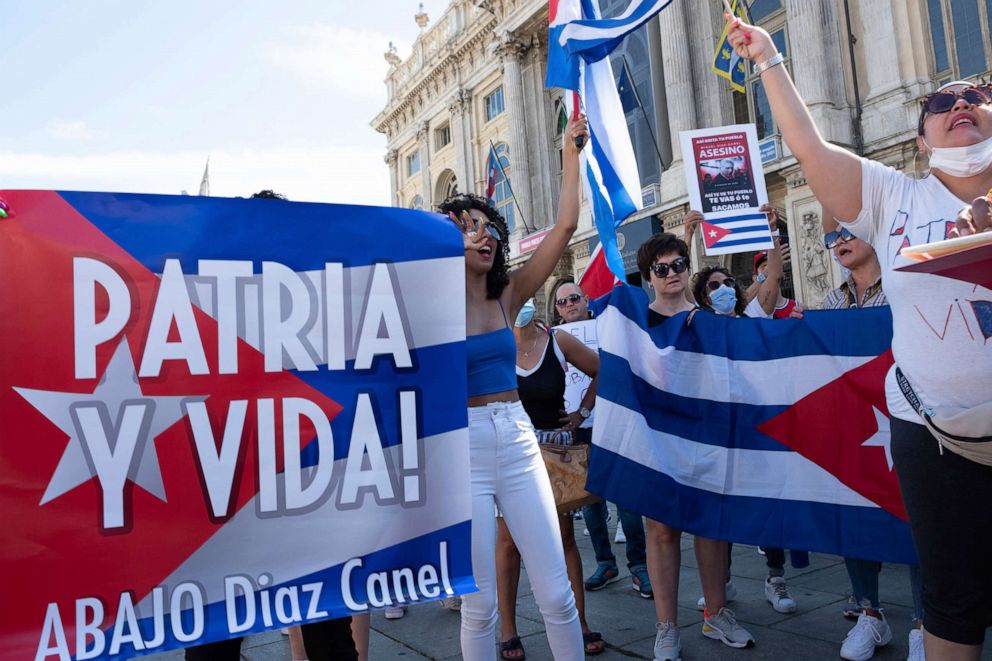 Bruno Brizzi/Medialys Images/Sipa USA via AP, FILE
Cuban expatriates gather in Piazza Castello in Turin, Italy, to support the protests on the streets of Cuba against the Cuban government, July 17, 2021.

Aguilera wrote a letter to the government asking for permission to hold the protest and according to article 56 of Cuba's constitution, citizens "have a right to peaceful demonstration," Alfonso said, but this right has not been protected by the government.

In response to Aguilera, the Cuban government announced celebrations for a national defense day to coincide with the protests in the hopes of "neutralizing" dissent, Alfonso said.

Aguilera has since changed the date of the protest to Nov. 15.