Prince Harry and Duchess Meghan will share Frogmore Cottage, their recently renovated U.K. home, with other members of the royal family.

﻿A source close to the Duke and Duchess of Sussex has confirmed to ABC News that the couple is "delighted to be able to open up their home to Princess Eugenie and [her husband] Jack [Brooksbank] as they start their new family."

Frogmore Cottage will continue to be Harry and Meghan's residence in the U.K., and ABC News understands that they will also retain financial responsibility for the property.

Despite reports to the contrary, Harry, 36, and Meghan, 39, have not moved out and instead plan to share the property with Eugenie and Brooksbank, ABC News has confirmed.

The royal family was aware of the arrangement. A Buckingham Palace spokesperson declined to comment.

Princess Eugenie, 30, and Brooksbank, 34, married in 2018 and announced this past September that they are expecting their first child "in early 2021." 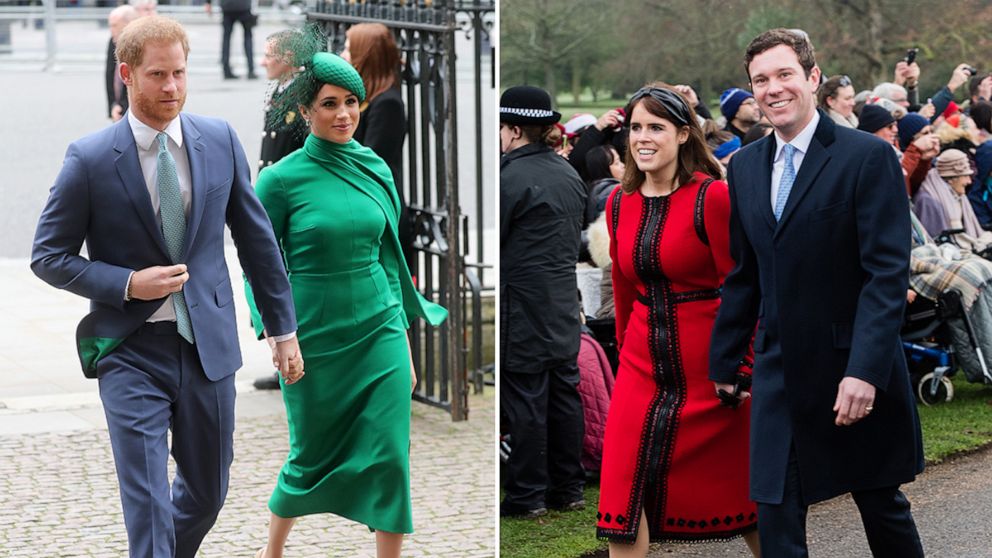 Earlier this year, the Duke and Duchess of Sussex stepped back as senior members of the royal family and relocated to Santa Barbara, California, with their son, Archie, now 18 months old.

In September, ABC News confirmed that the couple inked a production deal with Netflix and later learned that they were "financially independent" from Harry's father, Prince Charles.

"A contribution has been made to the Sovereign Grant by The Duke of Sussex," a spokesperson for the couple said at the time. "This contribution as originally offered by Prince Harry has fully covered the necessary renovation costs of Frogmore Cottage, a property of Her Majesty The Queen, and will remain the U.K, residence of The Duke and his family."

Harry and Meghan moved into Frogmore Cottage, which stands on the grounds of Windsor Castle estate, in 2019. The 18th century home, which was given to the couple by Harry's grandmother, Queen Elizabeth II, as their official residence, was previously five separate residences used by royal staff and had not been fully inhabited in for several years. The renovations undertaken by Prince Harry and Meghan to turn Frogmore Cottage into their family home came at a price of 2.4 million pounds, or about $3 million, for British taxpayers, according to figures released by the Royal Household.