In the first episode of "The Me You Can't See," Prince Harry opened up about his mental health struggles growing up in the royal family after the death of his mother, Princess Diana, and his experience with his wife, Duchess Meghan, seeking help while experiencing suicidal thoughts.

The Apple TV+ docuseries, which the Duke of Sussex co-created and executive produced with Oprah Winfrey, debuted on the streaming site Friday.

Prince Harry, Oprah Winfrey share behind the scenes details of new docuseries 'The Me You Can't See'

Harry said what he remembers most about his mother's death in 1997, when he was 12, was: "the sound of the horses' hooves going along the pavement" during the Princess of Wales' funeral procession as he and his brother, Prince William, who was 15 at the time, mourned in front of the world. 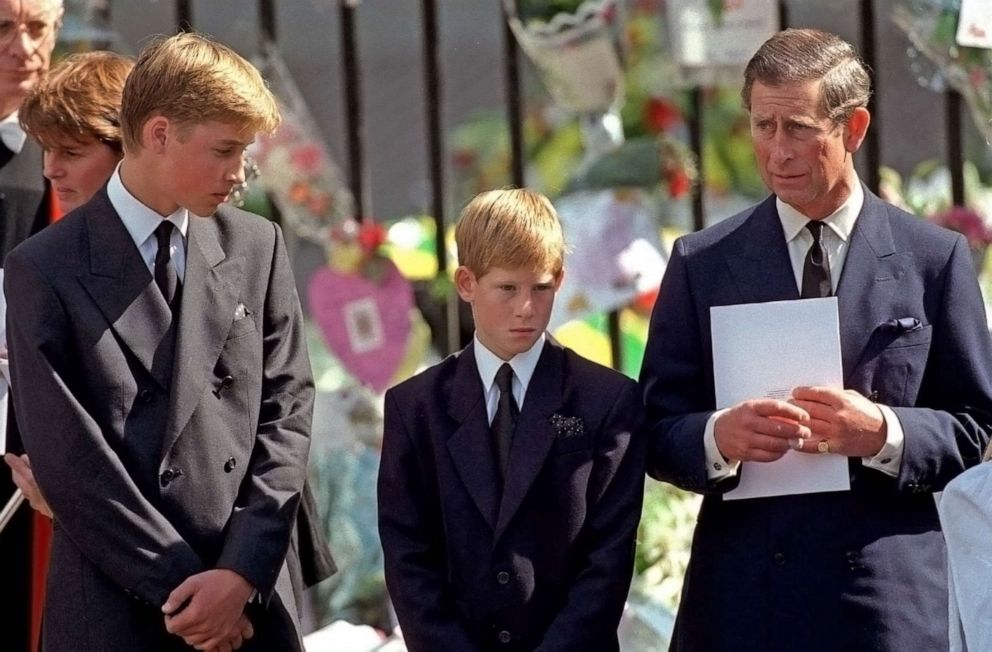 Anwar Hussein/WireImage via Getty Images, FILE
Charles, Prince of Wales and his sons Prince William and Prince Harry stand outside Westminster Abbey at the funeral of Diana, The Princess of Wales on Sept. 6, 1997.

He said he later called the period of his life between the ages of 28 to about 32 "a nightmare time in my life" but said he would tell people he was "fine" when they asked how he was doing because it was the "easy answer." On the inside, though, he was "all over the place mentally."

Harry said his father, Prince Charles, didn't necessarily provide the support he craved when dealing with life in the spotlight as a royal, telling both he and William then it was how it was for him and therefore it would be the same for them, too.

"That doesn't make sense. Just because you suffered, that doesn't mean that your kids have to suffer. In fact, quite the opposite," he said. "If you suffered, do everything you can to make sure that whatever negative experiences you had you can make it right for your kids."

When Meghan was "struggling" as a new member of the royal family, Harry said he felt "completely helpless" because their attempts to seek help for her were met with "total silence or total neglect" as they "spent four years trying to make it work."

"She was going to end her life. It shouldn't have to get to that," Harry said of Meghan's suicidal thoughts, which she opened up about in a tell-all interview with Winfrey in March. "The thing that stopped her from seeing it through was how unfair it would be on me after everything that had happened to my mum and to now be put in a position of losing another woman in my life with a baby inside of her, our baby." 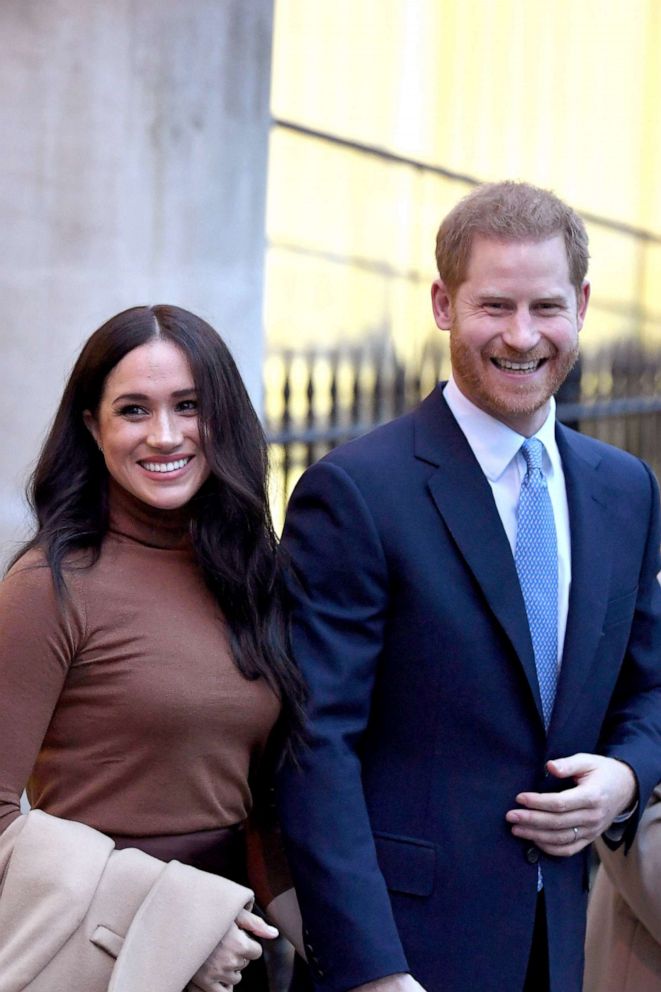 Daniel Leal-Olivas/AFP via Getty Images, FILE
Britain's Prince Harry, Duke of Sussex and Meghan, Duchess of Sussex react as they leave after their visit to Canada House in London, Jan. 7, 2020.

This is what led to Harry and Meghan deciding to step back from their roles as senior, working royals and move to California with their son, Archie, who is now 2. The couple are currently expecting their second child, a baby girl, due sometime this summer.

Harry also credited therapy for why he and Meghan are in a better place today.

"Therapy has equipped me to be able to take on anything. That's why I'm here now. That's why my wife is here now," he said. "Without therapy and without doing the work, we would not be able to withstand this."

"The Me You Can't See" is currently available on Apple TV+.