Prince Harry and Meghan, the Duke and Duchess of Sussex, will be spending more and more time in Canada as they begin a "period of transition" in their royal lives.

Harry's grandmother, Queen Elizabeth, confirmed Monday that, in addition to the U.K., Canada is the North American country where Harry and Meghan will live.

"Harry and Meghan have made clear that they do not want to be reliant on public funds in their new lives," the 93-year-old monarch said in a statement after a day of talks with Prince Harry, Prince Charles and Prince William at Sandringham over Harry and Meghan's bombshell decision to "step back" from their duties as senior members of Britain's royal family, spend time outside the U.K. and become financially independent. "It has therefore been agreed that there will be a period of transition in which the Sussexes will spend time in Canada and the UK." 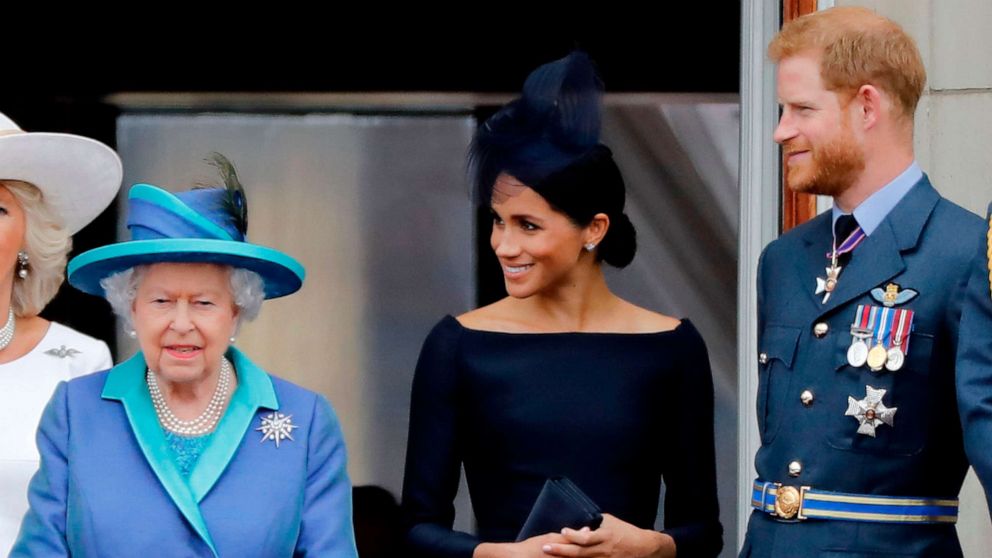 Tolga Akmen/AFP via Getty Images, FILE
In this July 10, 2018, file photo, Queen Elizabeth II, Meghan, Duchess of Sussex, and Prince Harry, Duke of Sussex stand on the balcony of Buckingham Palace in London to watch a military fly-past to mark the centenary of the Royal Air Force.

With Her Majesty's confirmation that Canada is the location Harry and Meghan alluded to in their statement last week, attention has turned to how Harry and Meghan's life will play out in a country that is both familiar to Meghan and has Harry's grandmother as Queen.

Meghan is currently in Canada with Archie, the couple's 8-month-old son, and their two dogs. She flew solo from the U.K. to Canada sometime last week after she and Harry visited Canada House in London to thank staffers for the hospitality they received during their weeks-long stay on Vancouver Island during the holidays.

Archie did not travel back to the U.K. with his parents after their vacation, staying in Canada instead. Harry has remained in the U.K. as negotiations continue for his and Meghan's new royal roles, but he is expected to return to Canada soon after attending an official royal engagement Thursday at Buckingham Palace.

It is not yet known where in Canada the Sussexes will live, how much time they may spend there, what, if any, roles they may have in the country, and whether Canadian taxpayers will be left footing the bill for things like security for the couple.

Canadian Prime Minister Justin Trudeau told Canada’s Global News Monday that government officials have not “up until this point” been involved in discussions about the royals' move to Canada.

“There are still a lot of decisions to be taken by the Royal Family, by the Sussexes themselves as to what level of engagement they choose to have,” Trudeau said. “We are obviously supportive of their reflections but have responsibilities in that as well."

“We’re not entirely sure what the final decisions will be," he added. "I think most Canadians are very supportive of having royals be here, but how that looks and what kind of costs are involved, there are still lots of discussions to have."

The prime minister added that “there is a general feeling of appreciation for the Sussexes."

The Toronto Star led the welcome committee last Friday with an editorial that applauded the couple and included the line, "Come on over, Harry and Meghan. We’d love to have you."

"It’s just got to be Canada. At this point our hopes are up," the newspaper editorialized. "This country has so many wonderful things to offer. But, let’s face it, we’re a bit short in the glamour department. A bit of the Sussexes, even part time, could be just what we need."

Meghan, a Los Angeles native, is no stranger to Canada, having lived for several years in Toronto, where she filmed the TV drama "Suits."

The former actress -- who lived in Toronto when she and Harry began dating in 2016 -- also knows Trudeau. They were both headliners that same year at the One Young World summit in Ottawa.

Ottawa, the country's capital city, is among the places seen as possible destinations for the Sussexes in Canada, along with Toronto, where Meghan lived, and Vancouver Island, where the family vacationed and enjoyed privacy, with no photos of their stay showing up in tabloids. 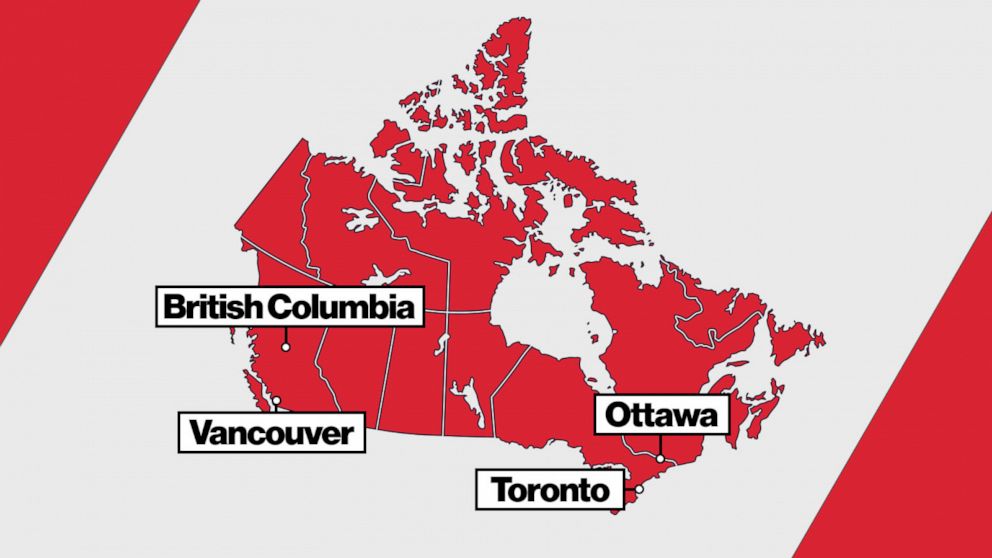 It remains to be seen whether Harry will have a formal role in his new, at least part-time home, where his grandmother is known as the Queen of Canada and is represented through officials at the federal level and in each of Canada's 10 provinces.

Canada, as a Commonwealth country, will also be involved with the Queen’s Commonwealth Trust, of which Harry is president and Meghan is vice president.

Neither Harry nor Meghan are citizens of Canada, though.

The Queen meets @JustinTrudeau, the Prime Minister of Canada, for a private audience at Buckingham Palace pic.twitter.com/h5EFcU7oPB

Harry and Meghan's decision to split their time between Canada and the U.K. further complicates the couple's decision to become financially independent and not accept money from the Sovereign Grant, the British government's annual, taxpayer-funded contribution to the monarchy.

Questions remain over what taxes the couple will have to pay in both Canada and the U.K. and whether Canadian taxpayers will end up picking up some of the expenses for their new royal neighbors.

Queen Elizabeth alluded to the complexity of the details in her statement Monday, while also noting she still expects the details to be worked out quickly.

"These are complex matters for my family to resolve, and there is some more work to be done, but I have asked for final decisions to be reached in the coming days," the queen said.