Anne, the Princess Royal, is known as one of the most hardworking and unassuming members of Britain's royal family, two traits she showed this week on a surprise visit to New York City.

Anne, the only daughter of the late Queen Elizabeth II and Prince Philip, took a ride on the Staten Island Ferry, which takes commuters and passengers between lower Manhattan and the borough of Staten Island.

"We were pleased to welcome Her Royal Highness Princess Anne to the #StatenIslandFerry today," the New York City Department of Transportation wrote on Twitter alongside a photo of Anne looking out across New York Harbor.

In Staten Island, Anne visited the National Lighthouse Museum, for which she is honorary chair of Illuminating Future Generations, a multimillion-dollar fundraising campaign.

On its website, the museum describes Anne as "one of the great champions in the international lighthouse community."

During her visit, Anne saw the unveiling of a miniature figurine of Needles Lighthouse, in the Isle of Wight, in memory of her parents, according to The Associated Press.

"The lighthouse still has a really important part to play," she said in a speech, according to the AP. "The story that goes with lighthouses and how we got here is just as important, and (the) museum has made an astonishing impact in telling that story."

Later in the day, Anne traveled back to Manhattan, where she attended a reception at the View at the Battery and later a dinner on Park Avenue.

After her quick trip, Anne boarded a flight home to the U.K. out of John F. Kennedy International Airport.

The princess royal's quick visit to the U.S. came just weeks after she took center stage as the world mourned the death of her mother, the 96-year-old queen.

Anne, the second eldest of the queen and Prince Philip's four children, was with her mother in her final hours before her death on Sept. 8 at Balmoral Castle, in Scotland.

Anne then traveled with the queen's coffin at every step of its journey from Balmoral Castle to the queen's final resting place, the King George VI Memorial Chapel at St. George's Chapel at Windsor Castle. 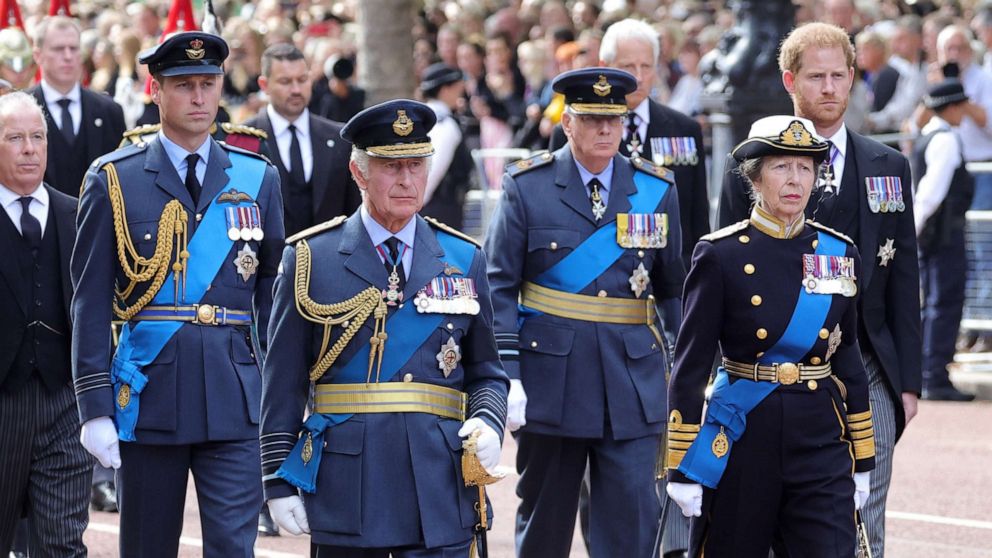 The sight of Anne by her mother's side on her final journey was a striking and fitting image given the close bond the princess was known to have shared with her mother.

"I was fortunate to share the last 24 hours of my dearest Mother's life. It has been an honour and a privilege to accompany her on her final journeys.

"Witnessing the love and respect shown by so many on these journeys has been both humbling and uplifting."

MORE: What to know about Princess Anne's royal title, and why her 2 kids don't have one

In becoming a mom of two with her first husband, Mark Phillips, Anne gave the queen and Philip the first two of their eight grandchildren, Peter Phillips and Zara Phillips Tindall.

Anne chose not to give her two children royal titles when they were born, an option she would have been given by the queen had she wished to do so. 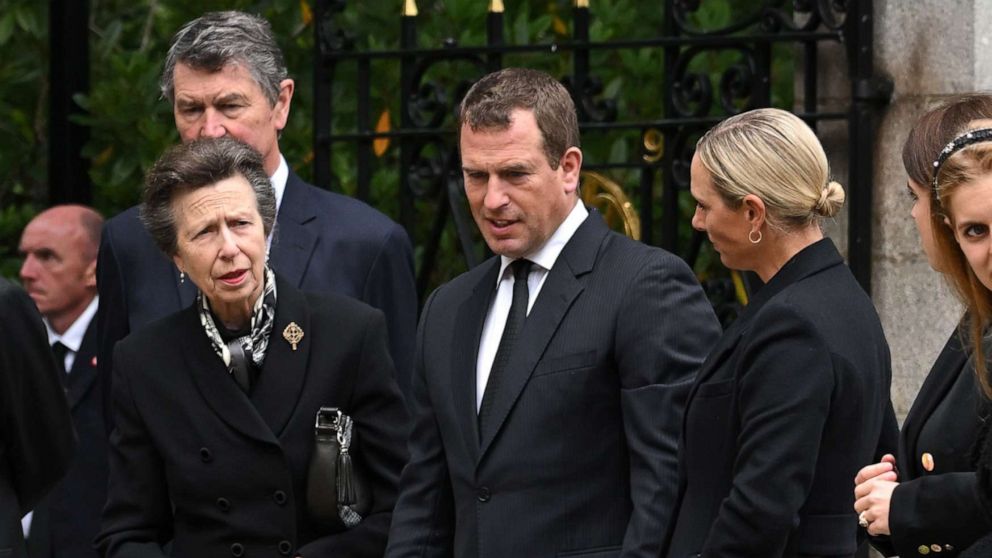 She told Vanity Fair in an interview two years ago to mark her 70th birthday that she thought it was "easier" for her children to go through life without HRH titles.

"I think it was probably easier for them, and I think most people would argue that there are downsides to having titles," Anne said. "So I think that was probably the right thing to do."