The British royal family's annual Christmas tradition has been canceled for the second year in a row due to the coronavirus pandemic.

“Her Majesty has decided to celebrate Christmas at Windsor and will not travel to Sandringham," said the royal source. "The decision was a personal one after careful consideration and reflects a precautionary approach."

"There will be family visiting Windsor over the Christmas period and all appropriate guidelines will be followed," added the source.

The queen's oldest child, Prince Charles, and his wife, Camilla, the Duchess of Cornwall, will join the queen for Christmas at Windsor Castle, a Clarence House spokesperson confirmed Thursday.

Charles's oldest son, Prince William, and his wife, Kate, the Duchess of Cambridge, will spend Christmas with their three children and members of Kate's family at Anmer Hall, their country home in Norfolk, a Kensington Palace source told ABC News.

It has not yet been announced where other members of the royal family plan to celebrate Christmas this year.

Earlier this month, Queen Elizabeth, 95, canceled her annual pre-Christmas lunch at Buckingham Palace that she traditionally holds for extended members of the royal family, again due to the pandemic, a royal source told ABC News at the time.

Amid the spread of the omicron variant, the United Kingdom last week recorded the highest number of confirmed new COVID-19 infections since the pandemic began nearly two years ago, according to The Associated Press.

This Christmas will mark Queen Elizabeth's first without her husband of 73 years, Prince Philip, who died in April at the age of 99.

The queen and Philip spent Christmas last year together at Windsor Castle after the royal family broke their decades-long tradition of spending Christmas at Sandringham.

In past years, the queen and Philip oversaw the family's multi-day Christmas celebration at Sandringham with their four children -- Princes Charles, Andrew and Edward, and Princess Anne -- and their grandchildren and great-grandchildren.

The family traditionally holds their gift exchange on Christmas Eve, following the German tradition, where they often swap funny or homemade gifts. 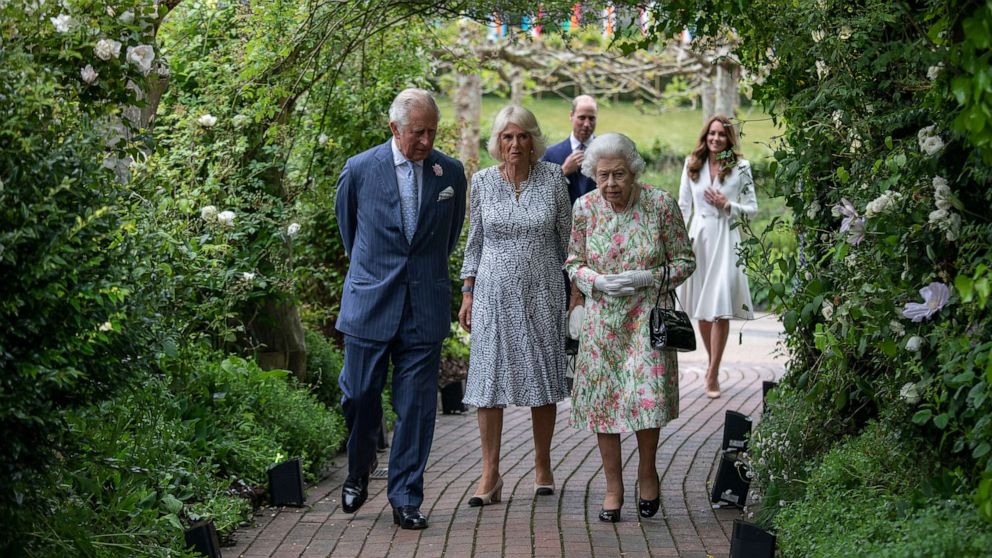 On Christmas Day, they traditionally walk to St. Mary Magdalene Church for the Christmas service and then enjoy lunch at Sandringham before watching the queen deliver her annual Christmas message.

In the evening, the royal family will get together again for a Christmas buffet dinner with 15 to 20 different delicacies prepared by the queen's chef.

On the day after Christmas, known as Boxing Day in the U.K., the royals traditionally partake in a pheasant shoot on the grounds of Sandringham.

Some members of the royal family gathered Dec. 8 at Westminster Abbey for a Christmas carols service hosted by Duchess Kate. 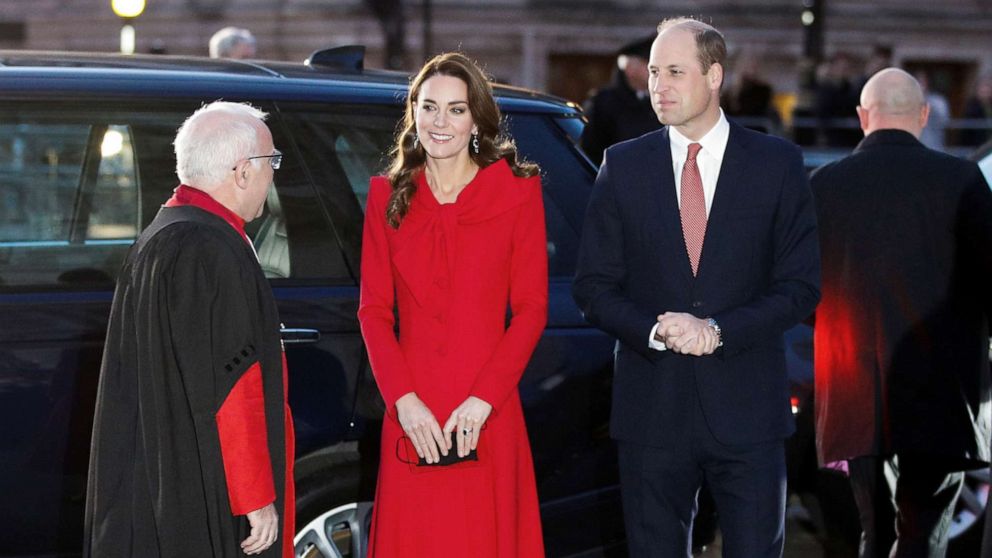 Peter Nicholls/Reuters
Britain's Prince William and Catherine, Duchess of Cambridge, arrive at the "Together at Christmas" community carol service held at Westminster Abbey in London, Dec. 8, 2021.

Kate and Prince William were joined by William's cousins Zara Tindall, and Princesses Beatrice and Eugenie, as well as William’s aunt, Sophie Wessex, and members of Kate's family, the Middletons.