Queen Elizabeth on Thursday attended her first public engagement since March, at the start of the coronavirus pandemic in the U.K.

The 94-year-old monarch traveled to the Defense Science and Technology Laboratory (DSTL), near Salisbury, in a rare joint appearance with her grandson, Prince William.

The visit marked the first time only Queen Elizabeth and Prince William have made a joint appearance since 2017, when they visited London's Grenfell Tower after a fire there killed more than 70 people. 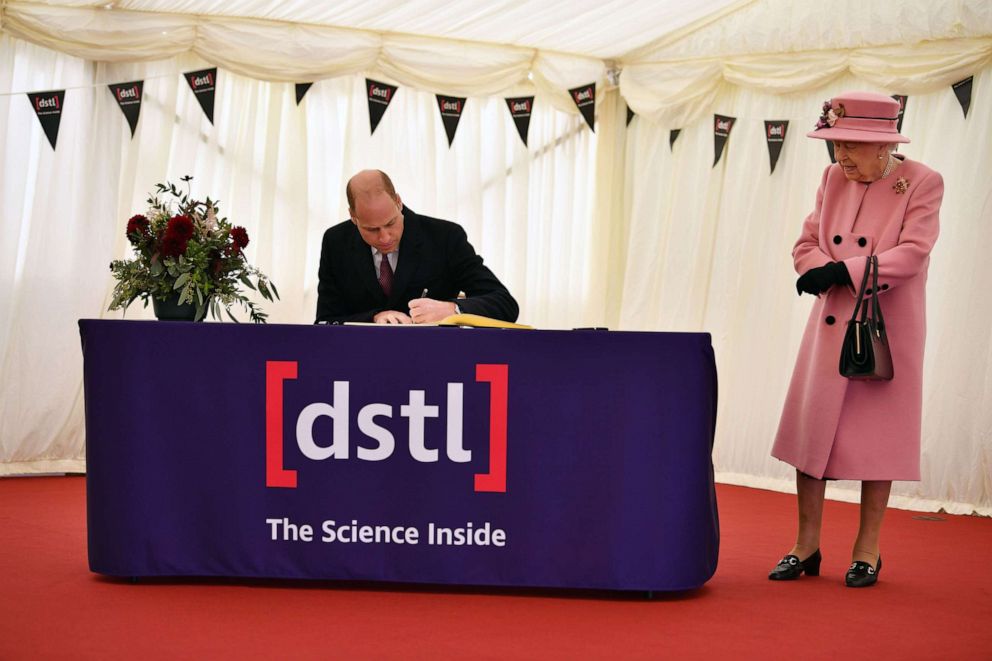 The queen and William did not wear face masks during their visit, but all people coming into close contact with the royal duo had tested negative to coronavirus, according to the DSTL.

At their appearance Thursday, the queen and William saw examples of weapons and tactics used in counter intelligence, and met experts who helped after an ex-Russian spy and his daughter were poisoned by a nerve agent in 2018, according to Kensington Palace.

They also met with scientists who have provided what Kensington Palace describes as "vital support" to the U.K. response of the COVID-19 pandemic," working in analytic research areas and deploying microbiologists to NHS hospitals to increase testing capacities," according to the palace.

MORE: Prince William says coronavirus pandemic has been a chance to 'refocus our priorities'

Queen Elizabeth left Buckingham Palace for Windsor Castle in mid-March, one week earlier than she had planned to leave for her Easter holiday, due to the pandemic. 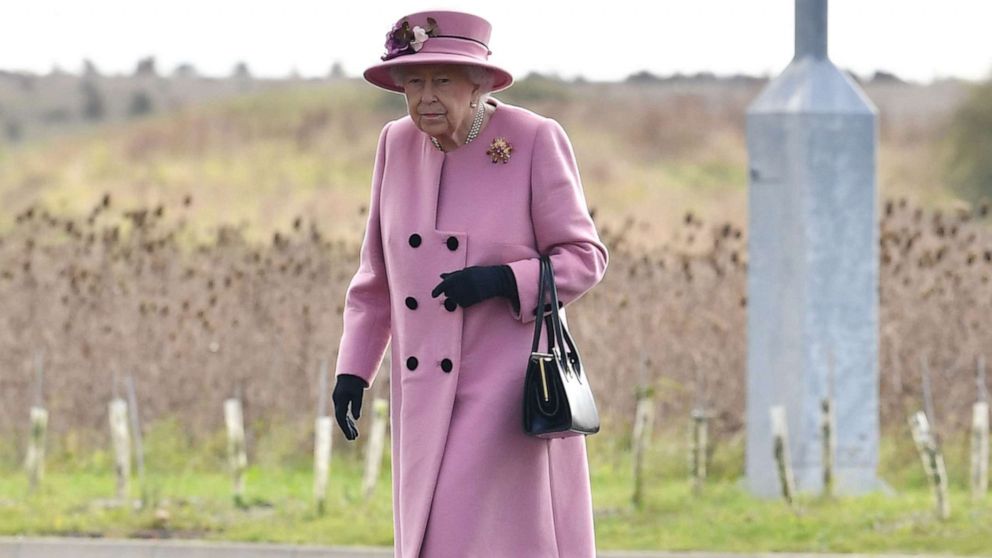 Ben Stansall/AFP via Getty Images
Britain's Queen Elizabeth II arrives at the Energetics Analysis Centre as they visit the Defence Science and Technology Laboratory (Dstl) at Porton Down science park near Salisbury, southern England, on Oct. 15, 2020.

After spending time with Prince Philip this summer in Scotland, the queen returned to Windsor Castle, a residential palace located outside of London, rather than to Buckingham Palace, which is a working palace with offices and staff.

The queen, who had been working remotely like many people in the U.K. and around the world, is commuting to Buckingham Palace for engagements. Prince Philip is at Wood Farm on the Sandringham Estate. 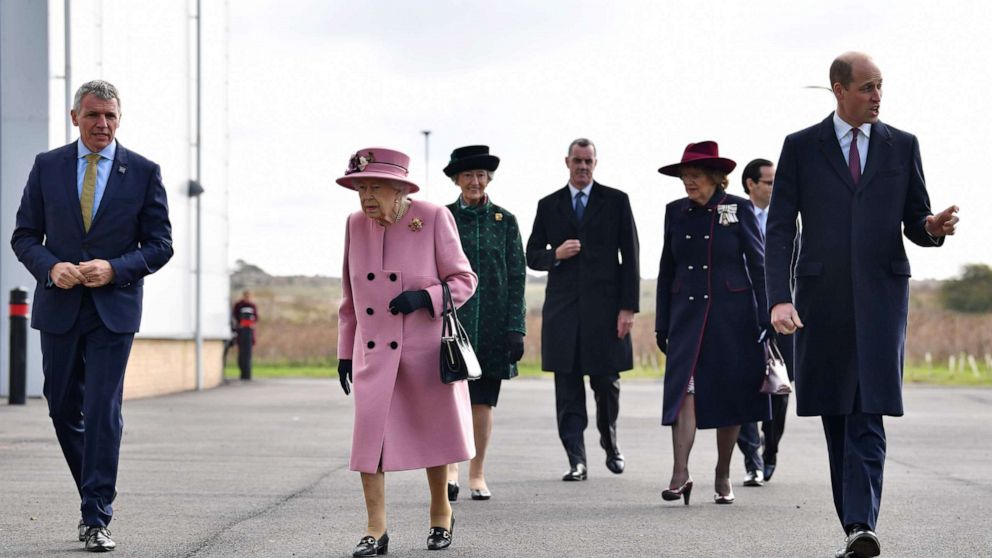 Prince William and his family, wife Kate and their children George, Charlotte and Louis, spent several months at Anmer Hall, their country home in Norfolk, before returning to Kensington Palace in London last month.

MORE: See Queen Elizabeth in her 1st video call as she works from home during coronavirus pandemic

"I can't talk about coronavirus without mentioning about how many people sadly lost their lives and how terrible and sad that all is. But I think the tiny little ray of light, if, if there's any ray of light from this, is that it allows us to take stock and to refocus our priorities," William said in the documentary, ""Prince William: A Planet for Us All." "I've been really heartened by what I've been hearing from other people and how they've started to appreciate nature and experience it, and see all the things that they never thought they would."