From releasing her debut hip hop album, “All Hail the Queen” nearly 30 years ago, to starring in blockbuster hits alongside other talented stars in films like “Chicago” and “Hairspray,” Queen Latifah has seemingly done it all.

Now she’s embarking on a new project as Ursula in ABC’s live presentation of “The Little Mermaid.” 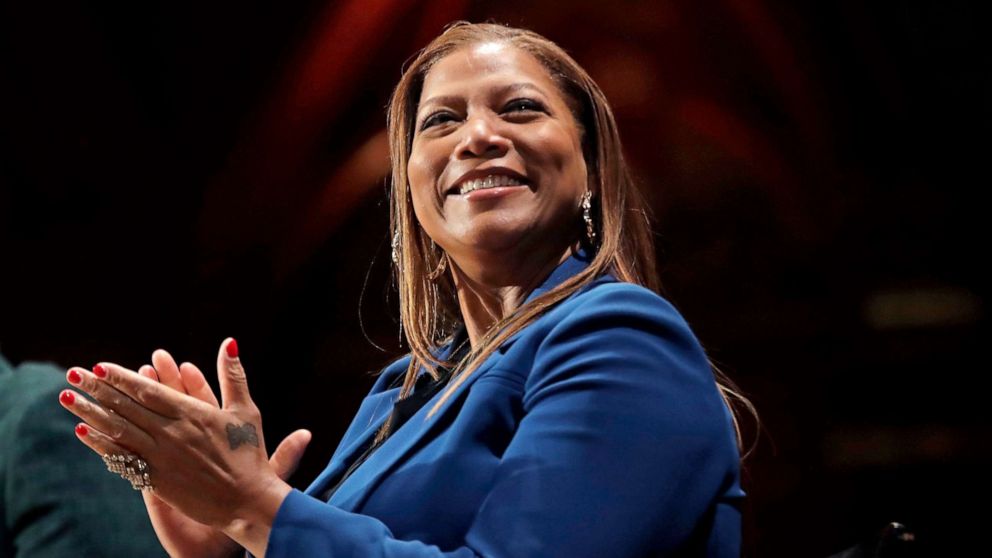 “I had done a photoshoot for Disney a few years back where Annie Leibowitz shot me as Ursula,” Queen Latifah told “GMA” in an exclusive interview. “So when this popped up, it was like, OK, a TV production. Alright … Once they explained to me the way that they wanted to do it, I thought it was interesting.”

Earlier this year, Disney announced a star-studded cast would lead their first-ever television musical production in “The Wonderful World of Disney presents The Little Mermaid Live!” in honor of the film’s 30th anniversary.

“The Little Mermaid Live!” will be different from other live television performances because it will be a hybrid production where performances of the songs by the actors will be shown with clips from the animated film and puppets.

“They’re going to literally show the movie in front of a live audience of at least 500 people. And then when it comes to musical performances, it’s going to cut to the live performance of those songs and then it’ll go back into the movie and the audience will take part in it and be participants in the actual performance of it,” Latifah said. “They’ll be under the sea with us.”

Latifah, who has never been a part of a production like this before, told “GMA” how she’s preparing for Ursula’s big number from the film, “Poor Unfortunate Souls.”

The song, which comes up in the film when Ursula tries to convince Ariel into trading her voice for the chance to become human temporarily, was performed by voice actress and singer, Pat Carroll, in the film’s 1989 version.

Latifah commented on Carroll’s iconic version and said, “This person went every possible direction that you could go with a song. I mean, the diction, you know, the notes that she hit, just being a bad villain … So I got my hands full.”

Since signing on to the role, Latifah has been working tirelessly to get the part right but is taking it all in stride, making sure to enjoy the process.

“You know, you got one shot at this thing. You got to make it right. You know you cannot blow it,” she said. “But you prepare. You practice, practice, practice. Lots of rehearsal. And then you - just like for me, I just let it go.”

Despite the challenges of the new role, Latifah is excited about the production and the costume she’ll be wearing. She said, “It’s going to be a blast to play this character with this hair. Black purple, sort of. Skin dress. I don’t even know what to call it with my tentacles and all this … I think it’s going to be amazing.”

“The Wonderful World of Disney presents The Little Mermaid Live!” will air at 9 p.m. ET on Tuesday, Nov. 5, live on ABC.