In case you haven't noticed, Amanda Seyfried -- an Oscar nominee for "Mank" -- keeps raising her game as an actress. There should be an Emmy in her future for playing Theranos founder and fraudster Elizabeth Holmes in "The Dropout," now letting it rip on Hulu for eight episodes.

You remember Holmes, the whipsmart student who dropped out of Stanford in 2004 while still a teenager to start up Theranos -- blending therapy and diagnose -- an at-home blood test device that could codify everything that ails you just from drawing a single drop of blood. 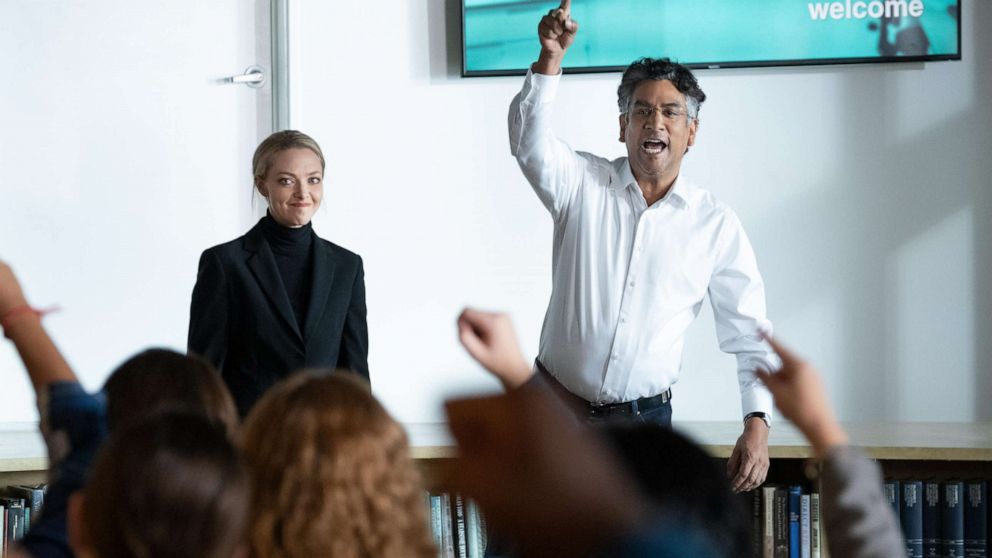 Beth Dubber/Hulu
Amanda Seyfried, left, and Naveen Andrews in a scene from "The Dropout."

Great idea. If only it worked. Holmes and her team of biotech whiz kids could never make their prototype function. But that didn't stop this millennial blonde in her trademarked black turtleneck from scamming her idea to medical experts at a $9 billion valuation and being named by Forbes as the youngest and wealthiest self-made female billionaire in America.

It took over a decade for the swindle police to shut down this Silicon Valley lady boss for criminally defrauding investors, customers and the government. Now facing up to 20 years in federal prison for her crimes, Holmes is scheduled for sentencing in late September.

Meanwhile, we have "The Dropout" to layer flesh and spirit onto a story too often rendered in unnuanced black and white. Adapted by Elizabeth Meriwether and chief director Michael Showalter ("The Eyes of Tammy Faye") from the Rebecca Jarvis podcast on ABC, "The Dropout" is addictively engrossing from the first scene to last. . In a role initially intended for "SNL" comedy icon Kate McKinnon, Seyfried is nothing short of sensational. The young Holmes we meet is hardly the slick player of her public image. Her social awkwardness is almost painful as she struggles to make friends and fit in at school.

After a sexual assault by a fellow student, she's a near recluse until she develops a friendship with Sunny Balwani (a superbly creepy Naveen Andrews), a tech innovator twice her age. "I'm 19," she tells Sunny when his predatory sexual impulses kick in. Though she keeps their affair a secret, she has no qualms about bringing Sunny on as a company officer. 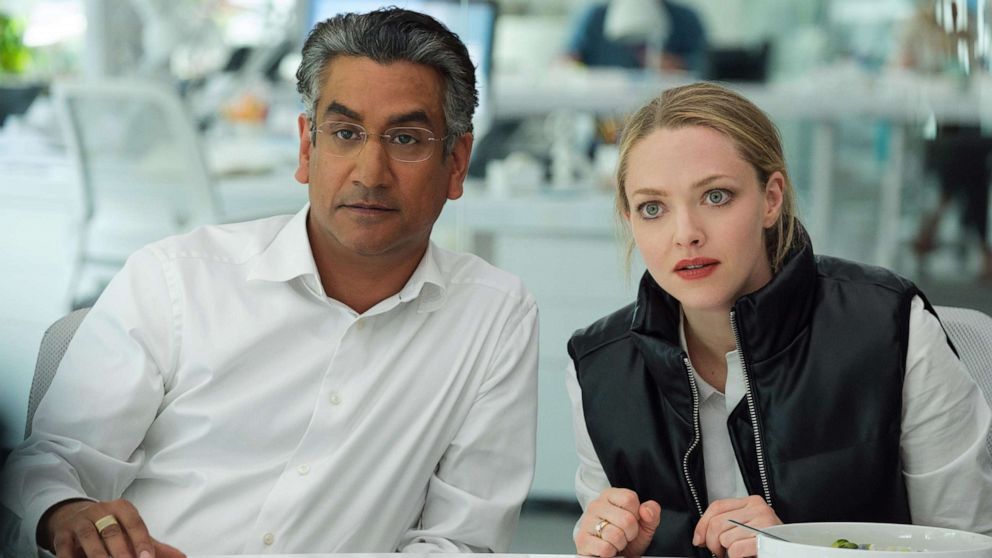 Beth Dubber/Hulu
Naveen Andrews, left, and Amanda Seyfried in a scene from "The Dropout."

"The Dropout" offers compassion to Holmes but no forgiveness. Once she begins lying about the device she once believed in, her downward spiral is inevitable. Seyfried nails every nuance, from Holmes's oddly fluctuating vocal register to the persuasive powers she could call forth to win over such tough skeptics as former Secretary of State George Shultz (Sam Waterston).

In roles large and small, "The Dropout" brims over with brilliant ensemble acting, including Stephen Fry as Ian Gibbons, the veteran chemist she dupes, and Laurie Metcalf as scientist Phyllis Gardner, an early Holmes doubter who mistrusts her for seriously quoting Yoda.

Hey, don't underestimate Yoda. He's the little green Jedi who said: "When you look at the dark side, careful you must be. For the dark side looks back." Holmes learned that lesson the hard way when she stopped chasing the dream and started chasing the money.

The art of the con is thriving these days, with true crime reflected in the social fakery of "Inventing Anna" and the shady doings of Uber and WeWork on, respectively, "Super Pumped" and "WeCrashed." "The Dropout" wants us to see our worst impulses in Holmes's craving for a shortcut to success. Her cautionary tale is more than compulsively watchable, it stings.

Disney is the parent company of Hulu and ABC News.