Dwayne “The Rock” Johnson and Emily “millennial Mary Poppins” Blunt knock themselves out in “Jungle Cruise” to keep kids wowed with excitement as everything from headhunters to snapping piranhas go on the attack.

Jungle Cruise
Join Dwayne Johnson and Emily Blunt for the adventure of a lifetime on Disney's "Jungle Cruise," a rollicking thrill-ride down the Amazon.

The movie, now playing in theaters and streaming on Disney+ Premier Access, is based on a Disney theme-park ride that’s been at it since -- wait for it --1955. That was just a few years after Walt Disney himself watched Humphrey Bogart skipper Katharine Hepburn down river in “The African Queen” and felt inspired to build the still-thriving attraction. 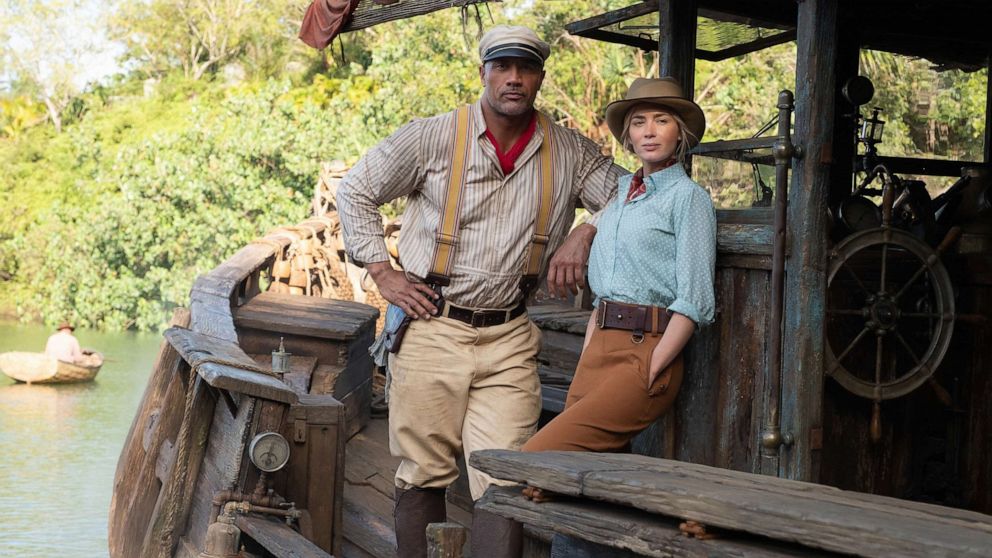 “Jungle Cruise” is nowhere near the league of that film classic. It’s a goofball throwaway that just wants to give family audiences a thrill ride down the Amazon, and it begs to be compared with another Disney excursion, “Pirates of the Caribbean.”

And that’s the problem.

“Jungle Cruise” borrows so heavily from “Pirates,” not to mention “The Mummy” and the incomparable “Raiders of the Lost Ark,” that it’s basically a knockoff. Johnson is a musclebound charmer, but small potatoes next to Johnny Depp, who swanned so deliciously through the role of pirate Jack Sparrow that he won an Oscar nomination.

Acting awards are not in the cards for “Jungle Cruise,” though that’ll be no big whoop to preteens who manage to circumvent the film’s inexplicable PG-13 rating. Set in 1916, two years into World War I, the movie is built to distract young’uns with all-stops-out special effects.

Johnson plays Frank Wolff, the captain of a ramshackle riverboat who offers the cheapest jungle cruises in Brazil -- plus a nonstop flow of groan-worthy puns.

“I used to work in an orange juice factory, but I got canned,” Wolff says at one point.

Blunt has it worse. As British scientist Lily Houghton, a female Indiana Jones who shocks society by wearing pants, she is stuck in an exposition dump of an opening scene about why Houghton and her fussy brother, MacGregor (Jack Whitehall), need to chug down the Amazon.

Houghton is in search of flower petals from an ancient tree, called Tears of the Moon, which can only be found after Houghton steals a sacred arrowhead containing a map that will lead her to there. Even a single, falling petal is said to cure any illness or break any curse.

It’s all just an excuse for director Jaume Collet-Serra, who pitted Blake Lively against an angry shark in “The Shallows,” to lead Wolff and Houghton through a series of rousing perils. Houghton's brother doesn’t do much, though his coming-out to Frank would have raised eyebrows a century ago.

Wolff and Houghton interrupt their budding romance to fight off Joachim (hammed to the hilt by Jesse Plemons), a mad German prince in a submarine, and Aguirre (Edgar Ramirez), a Spanish conquistador who’s been undead for 400 years and looks like it.

Young audiences may go “ewww” at Wolff and Houghton's awkward smooching, but they’ll perk up at their near-death experiences in treacherous rapids and with poison snakes. The real scene-stealer is a photorealistic jaguar named Proxima, who becomes everyone’s favorite pet. 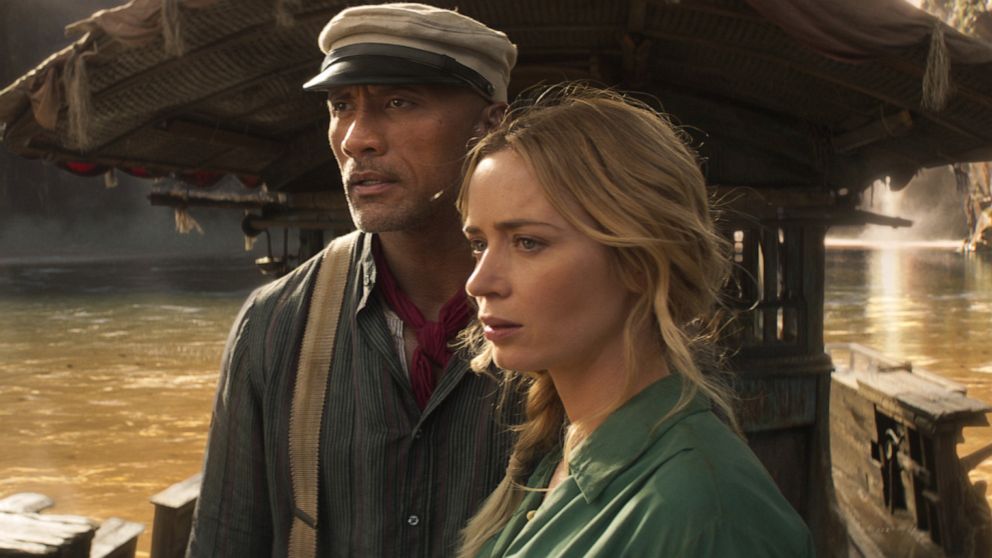 “Jungle Cruise” is made up of spare parts from better movies and at over two-hours in length, it’ll be tough on short attention spans. On the plus side, it is way better than “Haunted Mansion” and “Tomorrowland,” other Disney rides that morphed into movies.

Amazingly, Johnson and Blunt still sell it. He calls her “Pants” and she dubs him “Skippy,” nicknames they both hate. But their natural warmth as performers humanize characters built from flimsy cardboard.

“Jungle Cruise" may be dim, dopey and derivative, but the kids will love it, and like the Metallica song in the film, “nothing else matters.”