While you wait for "Glass Onion," the delicious sequel to "Knives Out," to hit Netflix in December, you can indulge your jones for a whodunit by heading to your local multiplex to check out "See How They Run," a comedy-mystery set against the 1953 London theater scene when murder most foul lurks backstage.

Luckily, Scotland Yard is on the case in the rumpled person of "Three Billboards" Oscar winner Sam Rockwell, sporting a wry wit and credible British accent to play Inspector Stoppard, a functioning alcoholic trying not to let booze disrupt his nose for sussing out a killer.

And what a kick that Saoirse Ronan is a fresh breeze of comic bliss playing Constable Stalker, a rookie assigned to assist the inspector while driving him crazy by slapping cuffs on practically anyone who arouses her suspicions, including her boss. 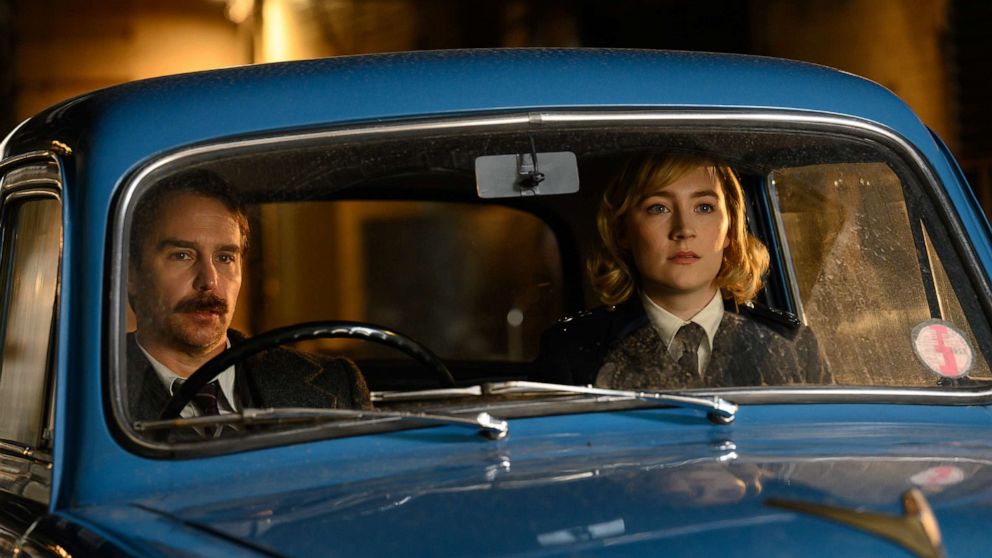 Parisa Taghizadeh/Searchlight Pictures
Sam Rockwell and Saoirse Ronan in the film "See How They Run".

The victim is blacklisted Hollywood filmmaker Leo Köpernick (Adrien Brody), an ugly American who's in town to make a film of "The Mousetrap," a play by Queen of Suspense Agatha Christie (Shirley Henderson) that is celebrating its 100th performance in the same year that Her Majesty, the late, lamented Queen Elizabeth II, ascended the throne of England.

MORE: This is Going to Hurt keeps you riveted from first scene to last: Review

An interesting sidenote about "The Mousetrap" is that Dame Agatha ruled that no film version could be made of her play until after the show closed. Good luck with that. Except for a temporary 14 month hiatus due to the pandemic, "The Mousetrap" has been running for 70 years with no end in sight. So the murdered Leo never had a chance.

Happier news is that director Tom George, working from a convoluted script by Mark Chappell, does a skillful job of lining up the usual suspects, including the pompous screenwriter Mervyn Cocker-Norris (a terrific David Oyelowo) and the Italian lover (Jacob Fortune-Lloyd) who he tries to pass off as his nephew. 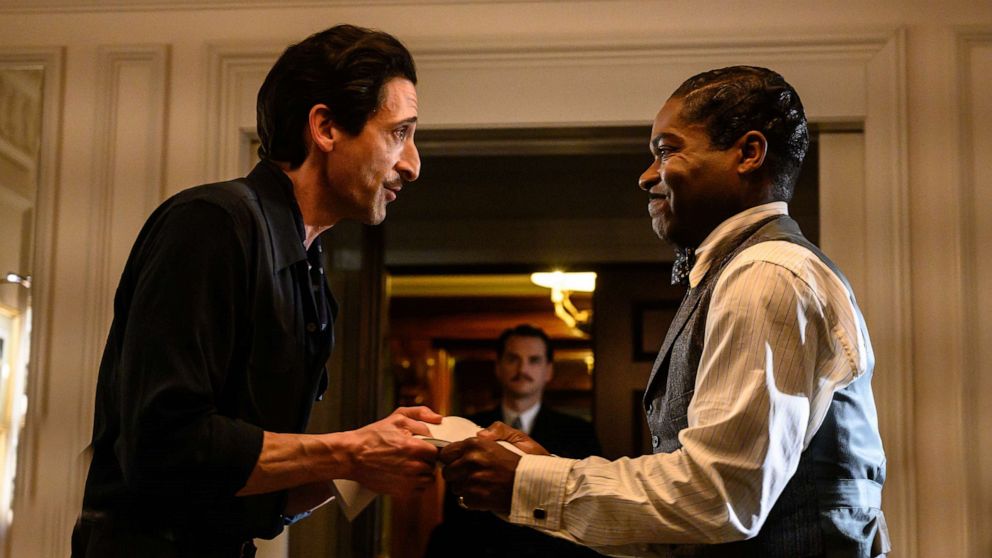 Parisa Taghizadeh/Searchlight Pictures
Adrien Brody and David Oyelowo appear in the film "See How They Run".

"If you've seen one whodunit, you've seen them all," says Leo, who keeps talking even after he's strangled in a voiceover that Brody delivers with just the right blend of mirth and malice.

First-time feature director George splits screens and whips the camera into a frenzy so you won't mistake his movie for an old-hat "Knives Out" or a stodgy retread of "Murder She Wrote," the smash TV series (1985-1996) that starred Angela Lansbury as a Christie-like mystery novelist.

It's Dame Agatha herself who gathers the guilty and not-so innocent at her mansion to uncover the culprit, planting clues in surprisingly subversive places. Hint: A little knowledge of "The Mousetrap" might help you guess the murderer before the big reveal.

There's nothing ground-breaking about "See How They Run." Dig under the froth and you'll only find more froth. But thanks to the inspired lunacy of Rockwell and Ronan, it's a wicked fun whodunit that goes down easy.