After hearing she was a big fan of both "Iron Man" and a marine sustainability, actor Robert Downey Jr. sent a special message to the North Carolina teen shark attack survivor, recruiting her for his Footprint Coalition climate change venture.

"This is a heroic story of resilience, I got to tell you, and you're not alone, but not just because of folks who have had similar stuff happen, but also because of your interest in sustainability and preservation of our oceans and marine life and all that stuff," Downey said in a special video message via "Good Morning America" to Paige Winter, 17, who survived a brutal shark attack earlier this month. 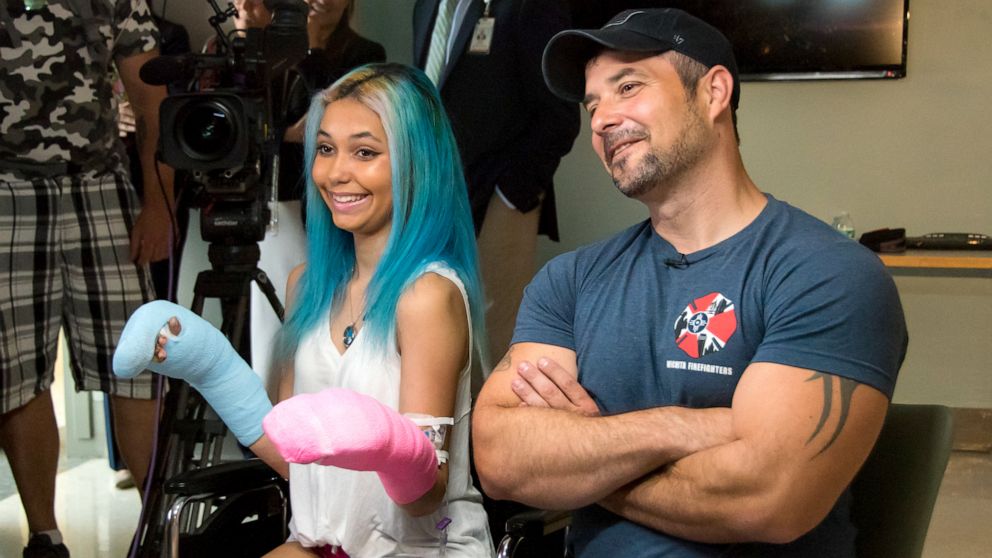 Winter was surprised with the message during an interview with ABC News' Robin Roberts where she detailed the harrowing attack and how she's doing now. "I was aware from the beginning, nothing's gonna be the same ever again. Like, I'm still Paigey. Just a little different," Winter said.

Despite losing two fingers and having her left leg amputated after the attack, Winter put out a statement through the Vidant Medical Center where she was being treated, calling for people to respect sharks in their environment.

“YES. I will follow you on Instagram...” ❤️ @robertdowneyjr sends a special message to teen shark victim Paige Winter, and recruits her for his climate change coalition!

"Despite this unfortunate circumstance, Paige is an unwavering advocate for the marine life and the animals who live in the water," the statement read. "She wishes for people to continue to respect sharks in their environment and their safety."

"I'm a fan, I got to tell you," the Oscar-nominated actor told the teen via his video message. "And of course, yes, I will follow you on Instagram, let's get that out of the way," he quipped. "But also, kind of like Tony with Peter Parker a few years back, I'm in a bit of a recruitment mode, so I wanted to see if you would join my Footprint Coalition, and be my North Carolina ambassador?"

"YES. I will follow you on Instagram..." ❤️@RobertDowneyJr sends a special message to teen shark victim Paige Winter, and recruits her for his climate change coalition! https://t.co/fIPIZd5AXk pic.twitter.com/eZ44uhJ2eQ

Downey concluded his message with: "Great! You're in, I'll find you next week and we'll start talking about it."

(MORE: 'Avengers: Endgame': The girl-power moment everyone is talking about and more) 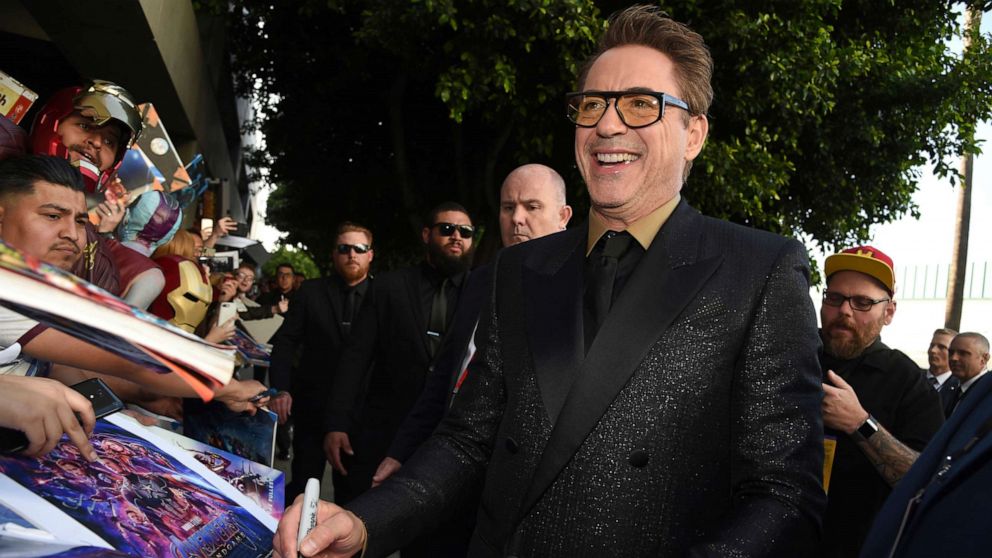 Chris Pizzello/Invision/AP, FILE
In this April 22, 2019, file photo Robert Downey Jr. signs autographs as he arrives at the premiere of "Avengers: Endgame" at the Los Angeles Convention Center.

"Between robotics and nanotechnology, we could clean up the planet significantly, if not totally, in 10 years," Downey said, according to the many news outlets in attendance, including Forbes and Variety.

In his presentation, Downey said that, like many others, he has a "quiet sense of crisis" regarding the earth.