The funny thing is, on their very first date, Olympic swimming champion Ryan Lochte and his future wife, Kayla Reid, talked about how many kids they would want together.

"He always said, 'I want no less than three and no more than four,' and then I was like, 'I want three, too. I don't know about four but three sounds good,' " Kayla Lochte recalled recently.

And three it is: Kayla Lochte, a real estate agent and former model, is about three months pregnant with their third child, she told "Good Morning America."

While that means the family's busy lives in Gainesville, Florida, won't be slowing down -- Ryan Lochte, a 12-time Olympic medalist, will be on the new reality show "The Traitors" next month -- Kayla Lochte said one thing she's looking forward to with this pregnancy is a little peace now that her husband is no longer in the grind of the Olympics.

"Ryan is such an amazing, hands-on dad but you can't be as hands-on as you'd like because you're training so hard and it's such a demanding schedule that you physically cannot do both. This go-round, it's been really nice to just be able to have him be present," she said.

It helps that they're old pros as mom and dad, she joked, with 5-year-old son Caiden and daughter Liv, 3. "I feel like the third kid, you have the Ph.D. ... you have survived parenting school," Kayla Lochte said. 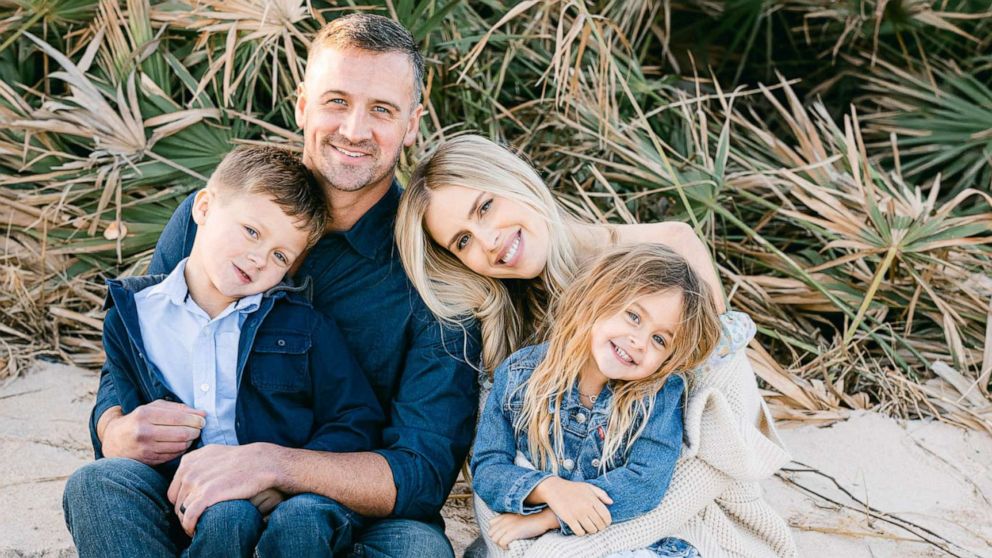 Rya Duncklee/Ryaphotos
Ryan and Kayla Lochte are expecting baby No. 3

The couple hasn't yet learned the sex of the baby, due in June, but Kayla Lochte said they've both been predicting a boy.

They haven't talked names yet, either: Kayla Lochte has a list of four for a girl that "I absolutely love," but "the boy list of names is so long, I have no idea."

It'll all get sorted out. Even the decision to grow their family this year was somewhat natural, she said. "We weren't trying but not not trying ... We were just waiting for the timing to be right," she explained.

The June due date -- which would almost exactly match both Caiden's and Liv's birthdays -- does make her smile though. "I always make a joke that I'm only fertile once a year," she said.

She said she's also excited to include Caiden and Liv in the process and potentially take them to an ultrasound appointment.

It's been a little "mind-blowing," she said, to watch her son and daughter grow up, with their personalities blossoming too.

Caiden "has the most sensitive soul, where you're just like, oh my gosh he would never hurt a fly. So he's a lot like Ryan in that way, but he's very me in the sense of 'driven' -- he's outspoken, he's determined."

Liv, meanwhile, is "full of sass," with a penchant for dressing herself. "She loves to wear goggles every day," Kayla Lochte said. 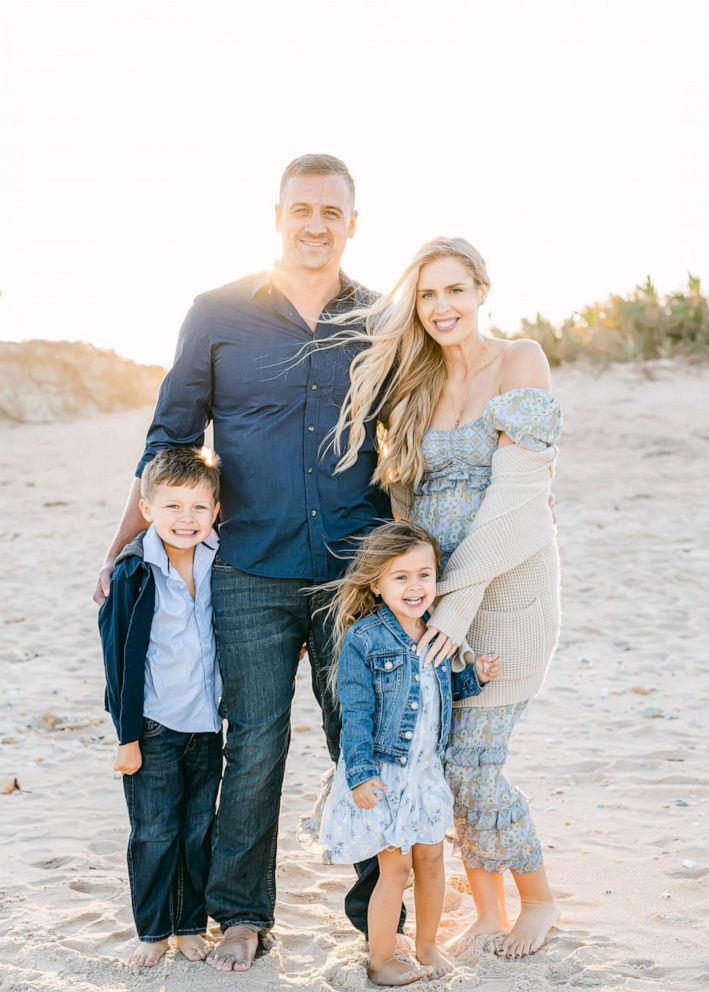 Rya Duncklee/Ryaphotos
Ryan and Kayla Lochte are expecting baby No. 3

The baby news is a welcome shift from the health related stress Kayla Lochte endured previously.

In early 2021, she spoke openly on social media about her decision to have her breast implants removed after she said she suffered an array of symptoms that she believes were linked to the implants.

More than a year later, she said she feels great. And while she has no regrets about getting them in the first place -- "My implants helped me so much in the modeling world," she said -- she also said she is "so happy I took them out."

The Food and Drug Administration issued guidance previously about the potential complications and risks from implants, including links to cancer. Patients and doctors refer to the array of symptoms that can be connected to implants as "breast implant illness", according to the FDA, though the agency notes that BII is not currently a formal diagnosis.

Kayla Lochte described suffering some of those symptoms, including brain fog, fatigue and joint pain. She said she wants other women to be informed with clear warnings, whatever decision they make for themselves.

"That's what the whole explant community is fighting for," she said.