Sarah Jessica Parker sent fans into a frenzy recently after she was spotted wearing one of her "Sex and the City" character Carrie's most famous past looks while filming the upcoming season of "And Just Like That...."

The actress was snapped Thursday in New York filming for the upcoming season of the HBO Max show while wearing her character's famous Vivienne Westwood wedding gown from the 2008 "Sex and the City" movie. 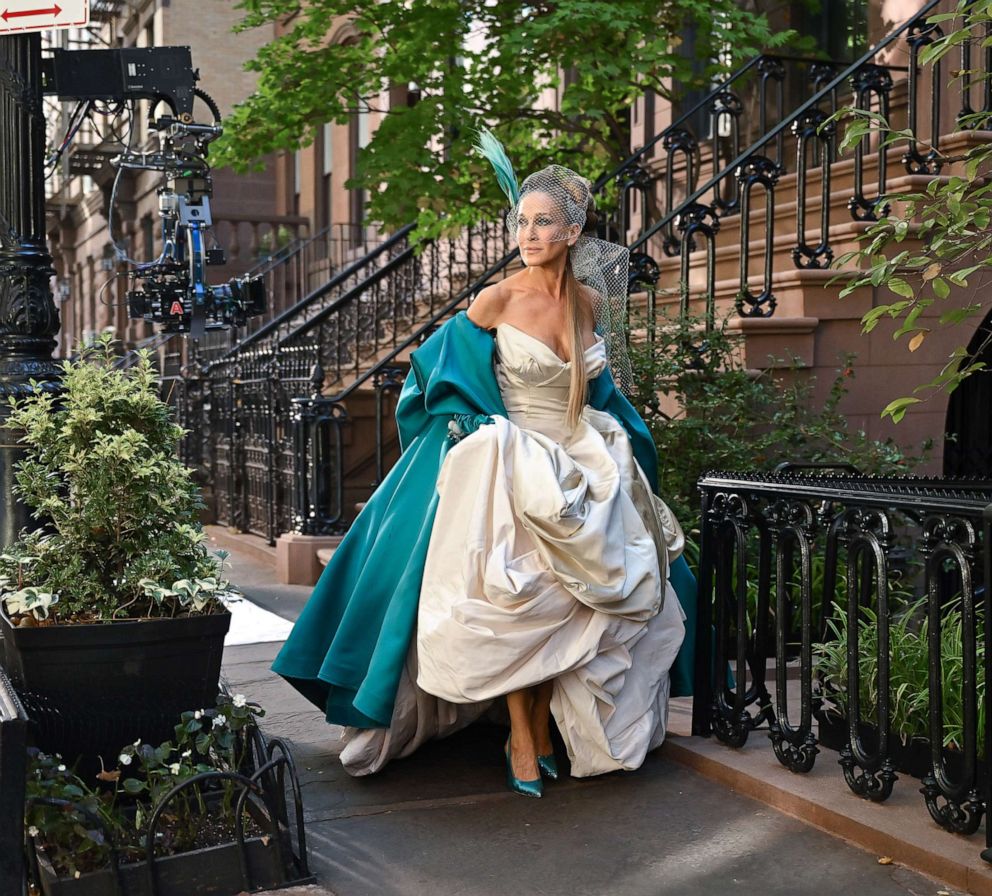 James Devaney/GC Images via Getty Images
Sarah Jessica Parker is seen on the set of "And Just Like That..." Season 2 the follow up series to "Sex and the City" in the West Village on Nov. 3, 2022 in New York City.

Fans of the series and films will of course remember the iconic scene from the first movie when Carrie wore the dress on her wedding day to Mr. Big (Chris Noth) and was left at the altar. 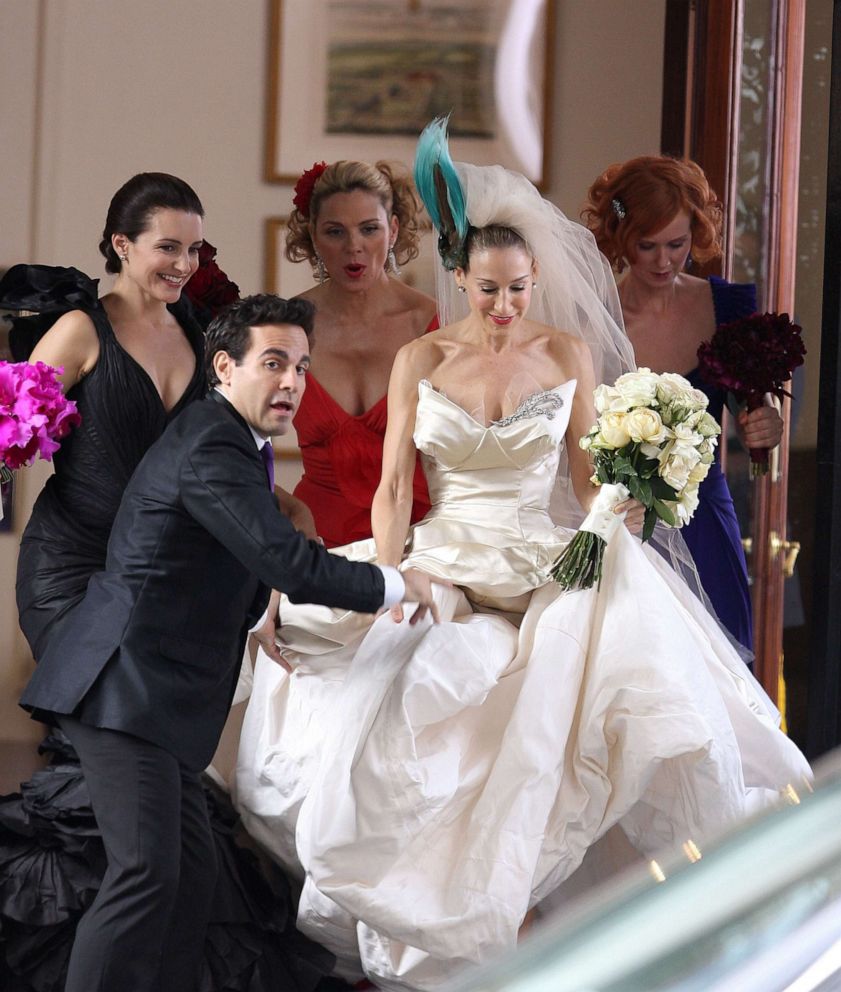 In the movie, Carrie famously confronted Big outside of The New York Public Library in the couture gown after he changed his mind and returned to the venue.

Parker's moment in the dress led to major speculation on if Carrie has another wedding in her future and what the reemergence of the famous dress means.

"This outfit give me PTSD," one user wrote in the comments of the "And Just Like That..." post featuring Parker in the look.

"Is she marrying Aidan?!" another asked, referencing Carrie's ex, played by John Corbett, who appeared in the series and the "Sex and the City 2" movie.

After Big's death in the first season of "And Just Like That...", Carrie's healing and journey back into the dating became a large focus of the show.

The release date for season 2 of "And Just Like That..." has not yet been announced.