The iconic country singer is returning to Las Vegas with a new residency, “Let’s Go!” at the Zappos Theater at Planet Hollywood Resort & Casino, starting on Dec. 6.

"We are having a party in Las Vegas," Twain said Monday on "Good Morning America." "This [show] is about let your hair down, shake it out, party together, celebrate." 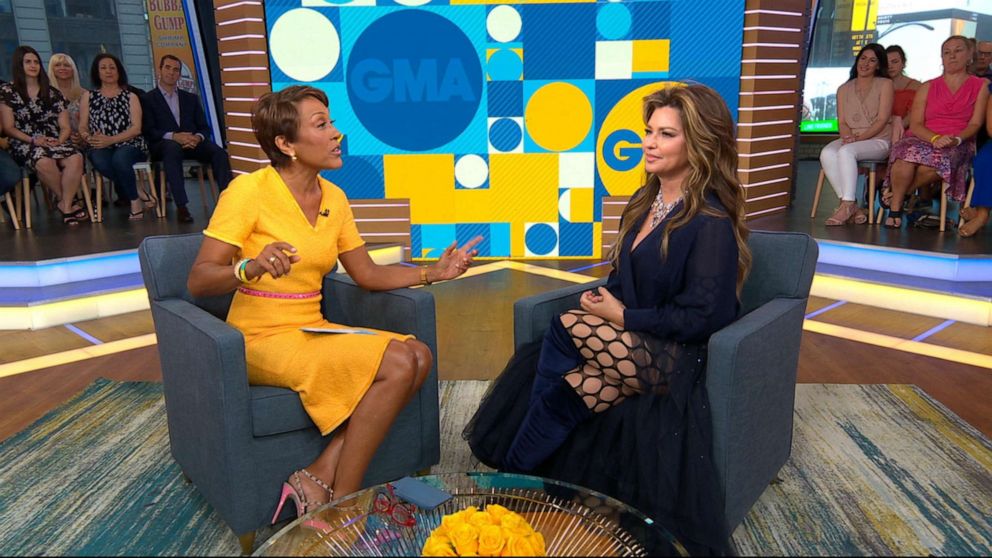 "We’ll do a lot of dancing, a lot of interaction," she said, explaining that this residency will be much different than her first two-year residency in Las Vegas that wrapped in 2014.

(MORE: Shania Twain to release 1st album in over 15 years)

Twain said she is in a "much more positive spirit" today, a few years after publicly revealing her battle with Lyme disease.

"The first residency really was the big test. Would I be able to do it, period," she said. "I had made that commitment without even realizing that I would actually get on that stage that first night."

"After being able to do that I felt like I could do anything so I went on tour and I made a new album and, of course, now I'm invited back to Las Vegas for another residence and I'm honored and grateful that I can sing again," Twain said. "It's been a big challenge because there was a long time I thought I never would again."

Tickets to see the five-time Grammy winner go on sale Friday and dates are as follows:

Tickets will be $80 and $1 of every purchase will go toward Shania Kids Can, the singer's nonprofit that helps kids "in time of crises and economic hardship."

Twain last performed in Vegas from 2012 to 2014 with her "Still the One" residency at The Colosseum at Caesars Palace.

Yeah, I want to scream and shoooooouuuuutttttt!

The show took fans on a journey of the singer's incredible life.