Actor Will Smith apologized Monday for slapping Chris Rock after the comedian made a joke about Smith's wife, Jada Pinkett Smith, at the Oscars.

"I would like to publicly apologize to you, Chris. I was out of line and I was wrong. I am embarrassed and my actions were not indicative of the man I want to be. There is no place for violence in a world of love and kindness," Will Smith wrote in an Instagram post.

"Violence in all of its forms is poisonous and destructive. My behavior at last night’s Academy Awards was unacceptable and inexcusable. Jokes at my expense are a part of the job, but a joke about Jada’s medical condition was too much for me to bear and I reacted emotionally," Will Smith added.

On Tuesday, Jada Pinkett Smith shared the following statement to her Instagram: "This is a season for healing and I’m here for it."

At the Oscars, Rock, who was presenting for best documentary, made a joke about Jada Pinkett Smith's hair when Will Smith walked onto the stage and struck Rock in the face.

Once back in his seat, Will Smith said, "Keep my wife's name out of your f------ mouth." Most of the exchange was bleeped out for U.S. viewers.

The moment has led to a slew of takes on what transpired between the two stars. 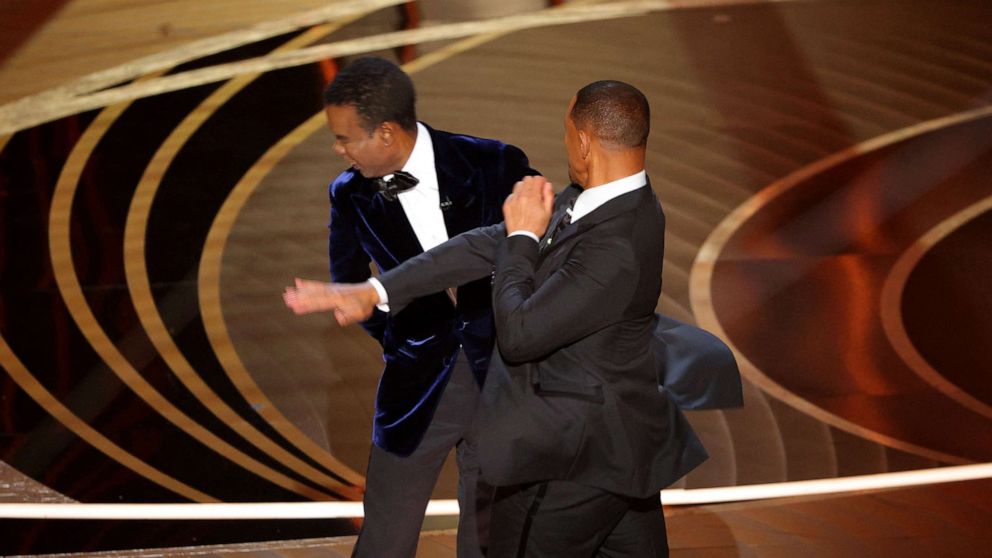 "I deeply regret that my behavior has stained what has been an otherwise gorgeous journey for all of us," Will Smith said in his Instagram post, addressing the Academy, its producers, Oscars guests and viewers at home. "I am a work in progress."

Less than an hour after the seemingly heated exchange, Will Smith would go on to win best actor for his role in "King Richard," his first Oscar.

During his acceptance speech, Smith seemingly referenced his confrontation with Rock and apologized to the Academy of Motion Picture Arts and Sciences.

On Monday, the Academy said that it is launching a "formal review" of the confrontation between Will Smith and Chris Rock and said it "condemns the actions" of Smith.

According to the Academy’s bylaws and standards of conduct, the organization is "categorically opposed to any form of abuse."