The confrontation between Will Smith and Chris Rock that rocked the 2022 Oscars Sunday night is also putting a spotlight on alopecia, a condition that affects Smith's wife, Jada Pinkett Smith, and millions of other people.

Pinkett Smith, 50, first announced her experience with alopecia, or hair loss, in 2018, and has been public about her condition ever since.

Rock, while presenting the award for best documentary, joked about Pinkett Smith starring in a sequel to "G.I. Jane," a 1997 movie starring Demi Moore, who shaved her head for the role, as the first woman to enter Navy SEAL training. Rock presumably made the joke because of Pinkett Smith's shaved head.

After the comment, Smith walked onto the stage and slapped Rock, before yelling at him twice, "Keep my wife's name out your f------ mouth."

The confrontation shocked the Oscars audience, and in its aftermath, led to conversations on the ramifications of joking at the expense of someone's appearance and a medical condition. 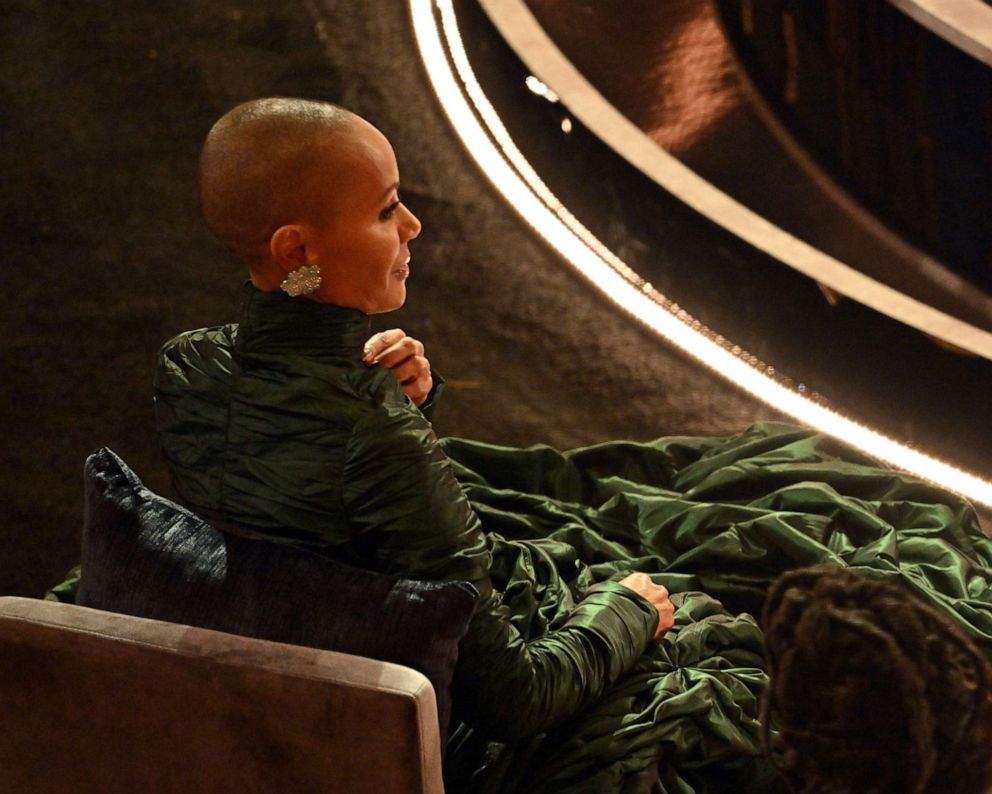 On Twitter, people with alopecia themselves or who have loved ones with the condition described watching the Oscars controversy unfold.

"I've had Alopecia since 2013. It can hit suddenly. One day, I was showering, & when I looked at my hands, most of my hair had come off," one commenter wrote. "I'm lucky that bald men (I shave my head due to there being odd patches here and there) are accepted. Women don't get that luxury."

It can hit suddenly. One day, I was showering, & when I looked at my hands, most of my hair had come off.

I'm lucky that bald men (I shave my head due to there being odd patches here and there) are accepted. Women don't get that luxury. #Alopecia https://t.co/nZQfXH5BAj

"As a mom of a 9yo with alopecia, those cackles after Rock's barb brings up all kinds of rage," wrote another commenter.

"He shouldn't have hit him. He shouldn't have made the joke. #Alopecia is horrendous, believe me, we lived it," wrote another commenter, adding, "Laughing at hair loss is wrong and unkind."

Pinkett Smith has said that her hair loss left her "shaking with fear," describing the topic as "not easy to talk about." 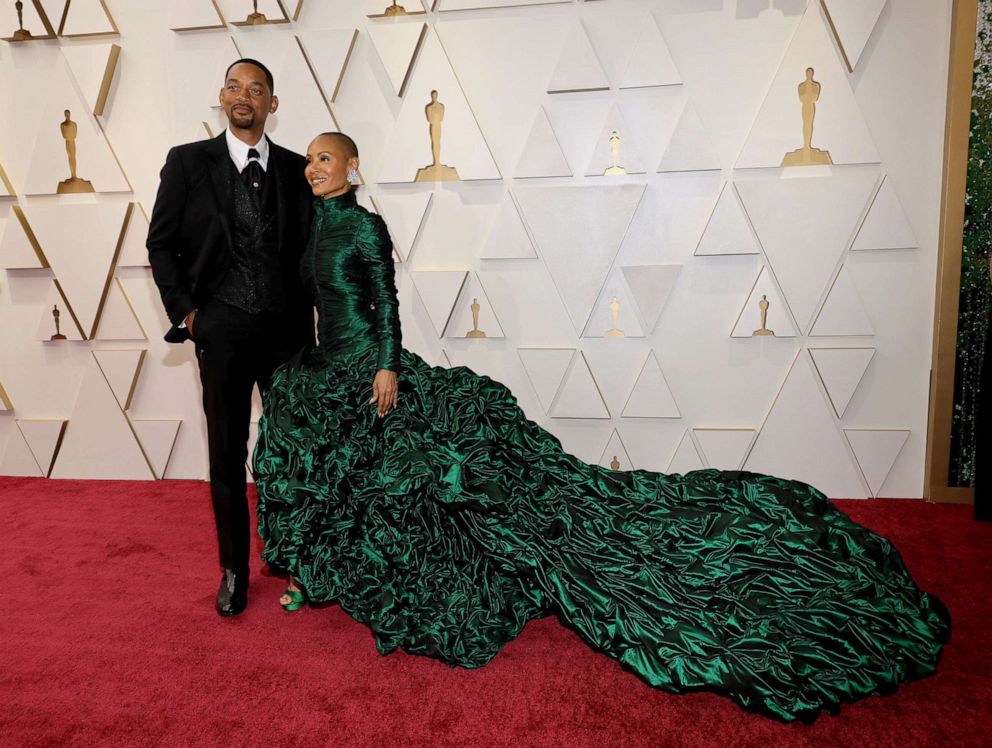 "It was terrifying when it first started. I was in the shower one day and then just handfuls of hair in my hands and I was just like, 'Oh my God, am I going bald?'" she said in a 2018 episode of her "Red Table Talk" series. "It was one of those times in my life where I was literally shaking with fear. That's a really scary experience. That's why I cut my hair, and why I continue to cut it."

More recently, in December, Pinkett Smith shared a clip on Instagram revealing a bare strip of hair loss on her closely shaved head.

"Now at this point, I can only laugh," Pinkett Smith said as she displayed the top of her head. "Y'all know I've been struggling with alopecia, and just all of a sudden one day, look at this line right here."

What to know about alopecia

Alopecia is a blanket term for hair loss and there are different types of alopecia.

Although experts don't fully understand alopecia, they believe some types occur when a person's immune system inappropriately targets their own hair follicles, which stifles hair growth, according to the National Institutes of Health (NIH).

Experts believe an undefined combination of environmental and genetic factors can trigger the disease.

Alopecia areata is the disease that develops when the body attacks the hair follicles, causing hair loss. The main types of it are alopecia universalis, alopecia totalis and patchy alopecia areata, according to the American Academy of Dermatology Association (AADA).

Alopecia universalis, a complete loss of all body, face and scalp hair, is considered to be the most extreme and rarest form of the condition, according to the NIH.

Alopecia totalis, which is characterized by the loss of only hair on the scalp, is a less advanced form of the condition.

Patchy alopecia areata causes small circular and patchy bald spots to develop, usually on the scalp and face. This is the most common type of alopecia areata, according to the NIH. 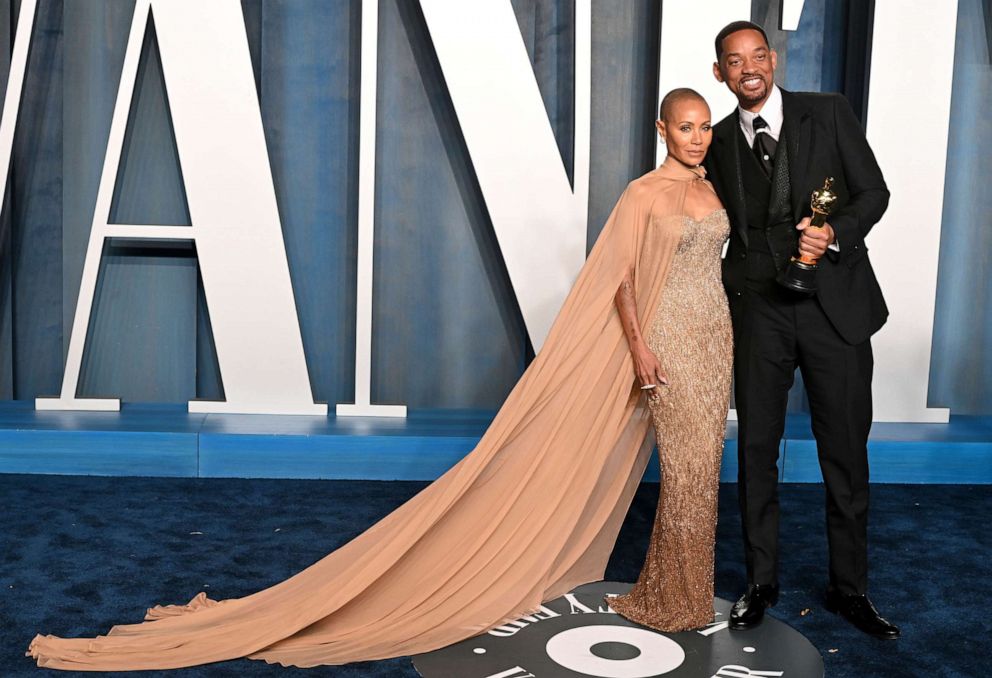 Alopecia areata affects nearly 2% of the general population at some point in their lifetime, or as many as nearly 7 million people in the United States, according to the National Alopecia Areata Foundation, a California-based nonprofit organization.

The condition affects men and women equally and affects all racial and ethnic groups, according to the NIH.

Most people who get alopecia areata see it occur during their teens, 20s or 30s, but it can occur at any age, according to the NIH.

MORE: Meet the little girl who inspires a small town to wear pink wigs each year

There is no cure for alopecia areata, but there are treatments, including steroid injections and, in more advanced forms of the disease, oral steroids or various immunotherapies.

More than a cosmetic issue, alopecia can take an emotional and psychological toll on patients, and the unpredictability of the hair loss can also be frustrating.

"Even though reactions to the disease are different for everyone, there are some common emotions that many people who have alopecia areata and the people around them say that they experience," the National Alopecia Areata Foundation writes on its website. "These include feelings of grief, anxiety, loss, fear, embarrassment, loneliness and anger."