When Priyanka Chopra Jonas first arrived in Hollywood, she said she attended a Golden Globes after-party with Aziz Ansari and decided, "We're going to count how many brown people are in the room. And it was just us."

Ten years later, ahead of the 2022 Oscars, Chopra Jonas said she could count hundreds of people who looked like her as she told the story at the first event of its kind celebrating South Asian success; the South Asian Excellence at United Talent Agency held in Beverly Hills, California.

MORE: South Asian skier shares her #SareeAdventures to bring representation to the slopes

"Today I stand amongst peers, amongst colleagues, amongst South Asian excellence, and I have goosebumps. I'm emotional … we, after a very, very long time, have 10 nominees," she said to cheers. 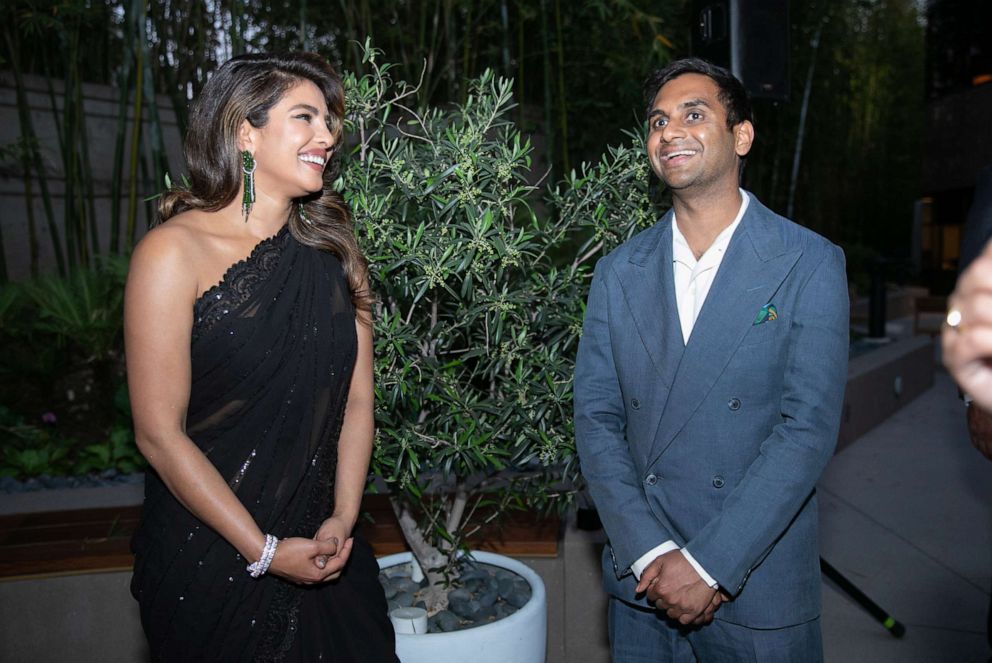 One of those people in the crowd who has been nominated twice -- for "Flee" and "The Long Goodbye" -- is actor-producer Riz Ahmed, who stressed the importance of pushing forward as a group.

"If we can come together as a community to celebrate our wins as our wins, let's all step up to hold each other's suffering as our collective suffering. And let's use this platform for solidarity as well as celebration," he said.

Several people additionally could take entertainment's biggest stage for a gold statue if their film wins, including director Aneil Karia for "The Long Goodbye," producer Suroosh Alvi for "Flee," directors Elizabeth and Gulistan Mirzae. for "Three Songs for Benazir," producer Joseph Patel for "Summer of Soul," and directors Rintu Thomas and Sushmit Ghosh, along with co-executive producer Anurima Bhargava, for "Writing With Fire."

On Thursday, UCLA released its annual Hollywood Diversity report, which looked at the top 200 theatrical and all major streaming, English-language film releases from 2021. According to the report, Asians are among the most underrepresented groups, making up a 6.4% share of all top film roles and 5.6% of all film directors. 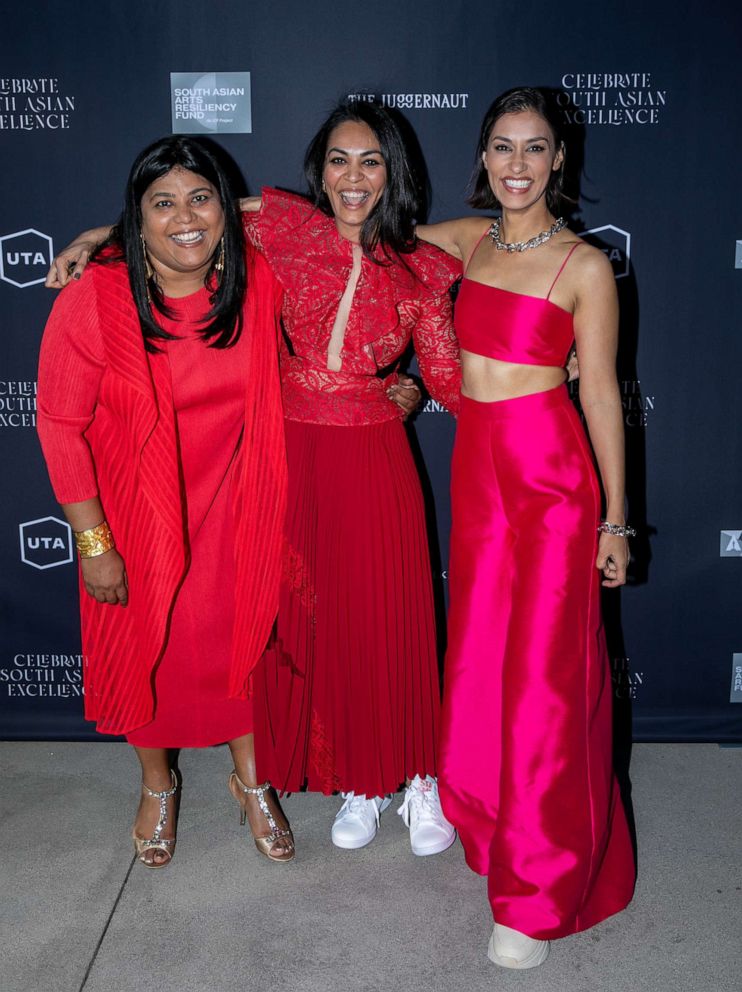 Co-author Dr. Ana-Christina Ramón told ABC News they still don't have data on South Asians specifically because the numbers for the group aren't there yet. But she is hopeful that will change. "There is definitely an increased number of visible South Asian actors. It's a group we will very likely be tracking starting next year," said Ramón.

USC Annenberg Inclusion Initiative's research from last year found that in 1,300 top-grossing films released between 2007-2019, only 11 (or 0.85%) had South Asian leads. Not one was a South Asian woman.

"This is sad. We can actually list the names and leads, because there aren't that many," said Nancy Wang Yuen, a sociologist, writer and media expert who co-authored the report.

Poorna Jagannathan is one of those women, starring in Kaling's hit Netflix show, "Never Have I Ever," as the lead role's mother. 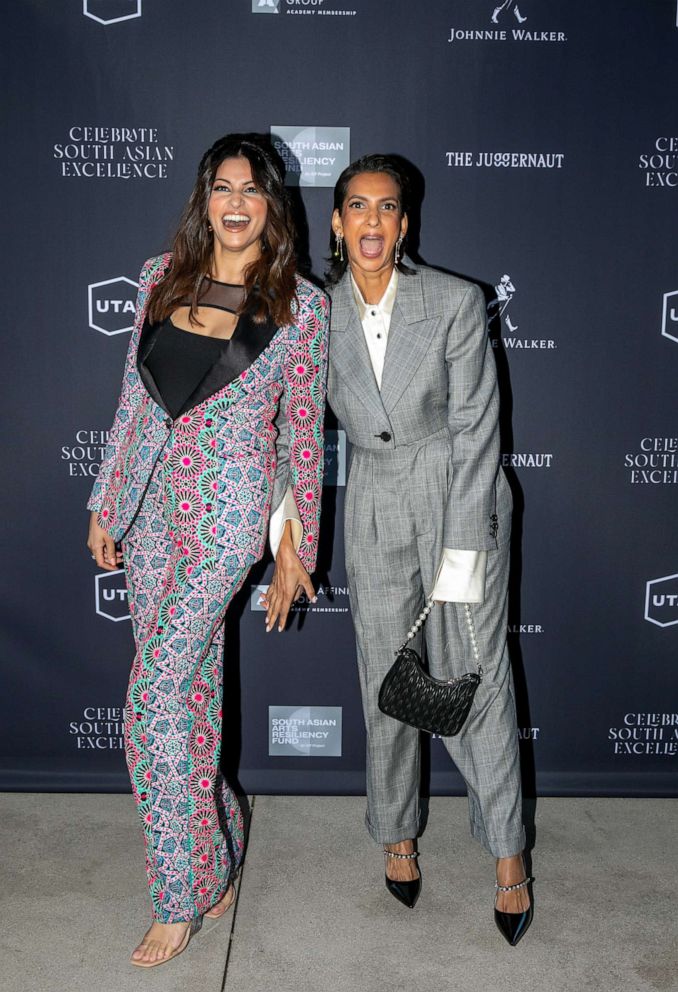 Growth comes at a slower pace for Asians

Ramón said she has seen gains for Asians and Latinos, but it's largely due to streaming platforms versus a major push to change the percentages.

"For Asians and Latinos, the gains are smaller. For overall cast roles, there was a push for diversity, and unfortunately, the way Hollywood thinks is very binary -- very white and Black -- that those are the main groups to consider," she said. 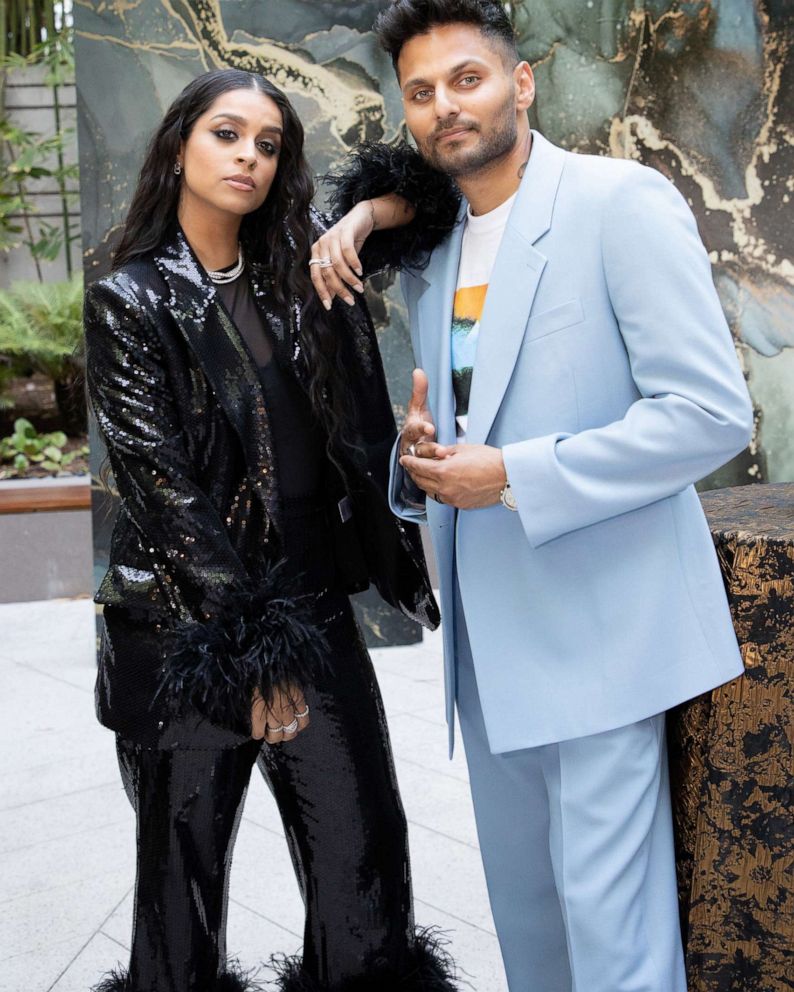 Despite less representation, Asians and Latinos still have a massive audience, and the UCLA report found that increasingly diverse viewers across America prefer diversity in their film content.

Actor Kal Penn told ABC News he is interested in looking at the purchasing power of communities, but doesn't believe that should be the impetus for representation. He pointed to the success of his own "Harold and Kumar" franchise. 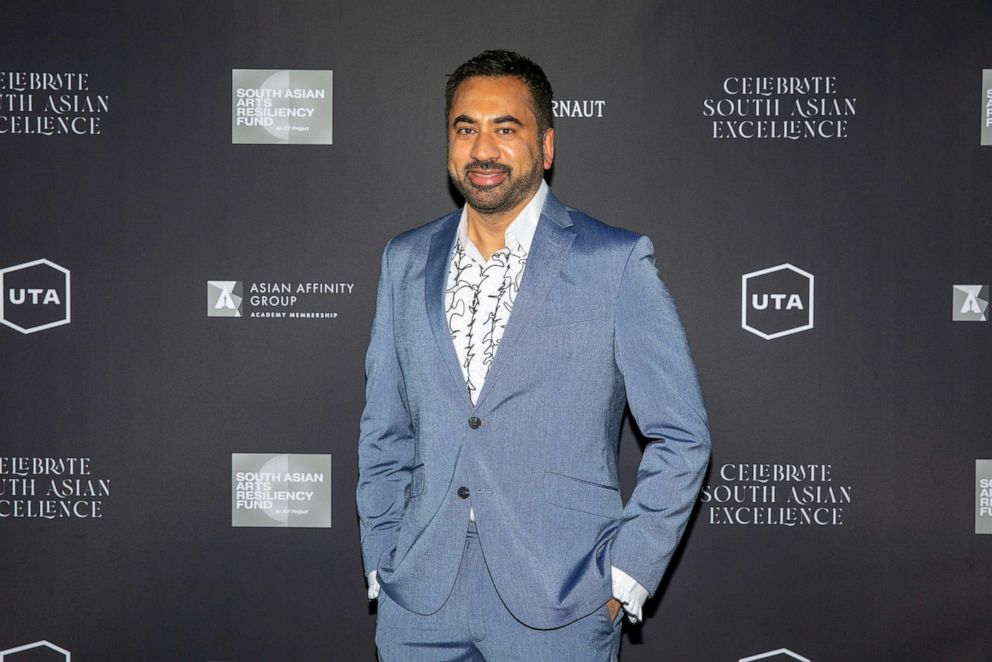 "I want to get away from this myth that it's only certain communities [who] are going to support, because the thinking there is then that Asian American, African American, Latinx folks are willing to watch everything, but white folks are only to watch white folks. It's not true," Penn said. "And I think we need to stop underestimating those audiences."

Proper Asian representation is not just quantitative, but qualitative. The USC study found that when South Asians and Asians were portrayed in films, they were often treated poorly in the storyline. Asian and Pacific Islander characters were "often invisible, stereotyped, tokenized, or isolated across top films from 2019," according to USC's research. Between 2018 and 2019, 67% of API characters reflected tired tropes, and only 13% saw a full spectrum of relationships. 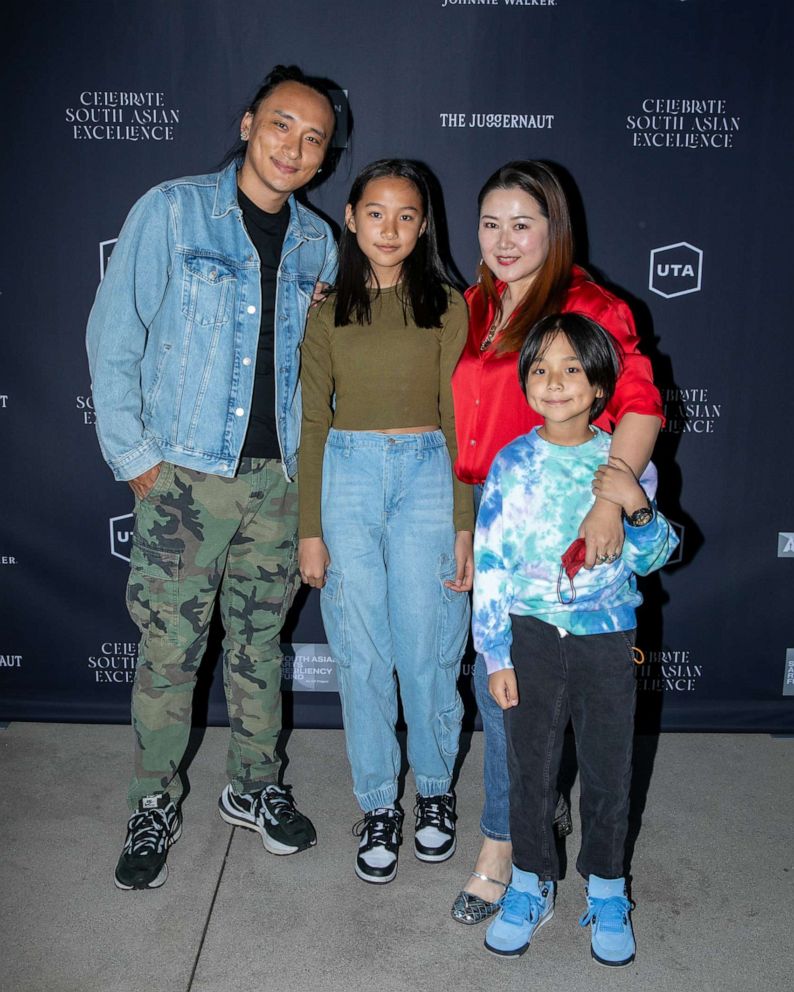 "This is what Hollywood needs to think of when they're going to add more Asian bodies. Are they going to add them in a way that's tokenizing and stereotype rather than stories that actually capture them as fully human characters," said Yuen.

MORE: Actor Danny Pudi pays tribute to five Asian figures who have paved the way for him

Many South Asians are still finding reasons to celebrate the strides that have been made within the community, while also being ways to look forward. 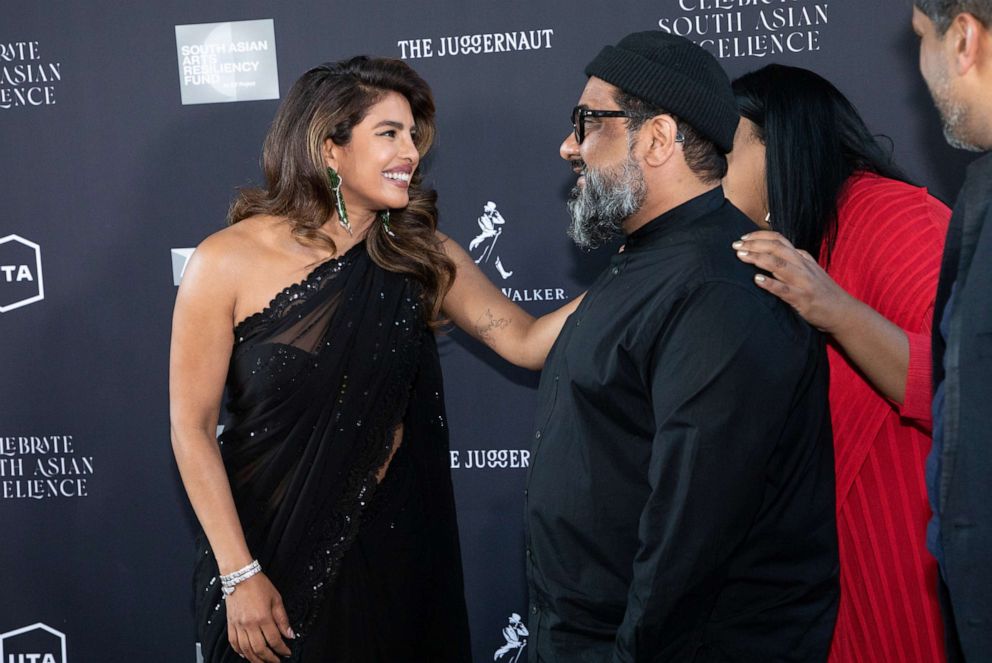 "[There are] a lot of people that feel like they're being cool because they allow diversity to happen. That's not enough. You have to actively create space," Joseph Patel, one of the producers of the Oscar-nominated "Summer of Soul," told ABC News. He said initiative entails supporting others, allowing them to fail and giving them second chances.

"Then things will change," he said.