Tyra Banks has hosted some of America's favorite reality TV shows, but now the supermodel-turned-businesswoman is bringing her iconic "smize" to the ballroom as the new host of "Dancing With the Stars."

The new gig is an exciting one for Banks, who will be the show's first solo host. She'll also serve as executive producer, where she hopes to bring in a "new flavor" to the successful show.

"I am excited about hosting and executive producing -- getting in there, live TV, you never know what happens on live TV,” she said Wednesday on "Good Morning America."

Banks will also be the show's first Black female host.

"I like breaking those doors down, so that we don't have any more firsts," she said. "But it's nice to be first, so that you can open that door and let so many other people in after you -- so I'm excited."

“It’s nice to be first so you can open that door and let so many people in after you.”@tyrabanks says she’s excited to be the new host of @dancingABC!

After 28 seasons, Tom Bergeron is bidding farewell to "DWTS," which he hosted since its debut in 2005. His co-host, Erin Andrews, who joined the show in 2014, is also departing.

"It's been an incredible 15 year run and the most unexpected gift of my career," Bergeron wrote on Twitter on Tuesday. "I'm grateful for that and for the lifelong friendships made."

Bergeron, who has also hosted "America's Funniest Home Videos" for nearly 15 years, poked fun at the news and added, "That said, now what am I supposed to do with all of these glitter masks?"

In a statement, Banks said that Bergeron "has set a powerful stage" and she is "excited to continue the legacy."

Andrews also took to Twitter to thank Bergeron and the entire "DWTS" family for the past six years on the show.

When Banks was asked during her "GMA" appearance to give fans a sneak peek on what to expect of the show's upcoming season, she teased that the season will be "next level."

She explained that the producers are "still keeping the stuff that we know America loves" but warned fans "you need to get ready because it's going to be different."

While Banks' new role as host is groundbreaking for "DWTS," this won't be the first time that Banks has broken barriers.

Earlier in her career, she was the first female model to grace the cover of GQ and the first Black model to be featured on the cover of the Victoria's Secret catalogue and the Sports Illustrated swimsuit issue, which featured her for two consecutive years in 1996 and 1997. 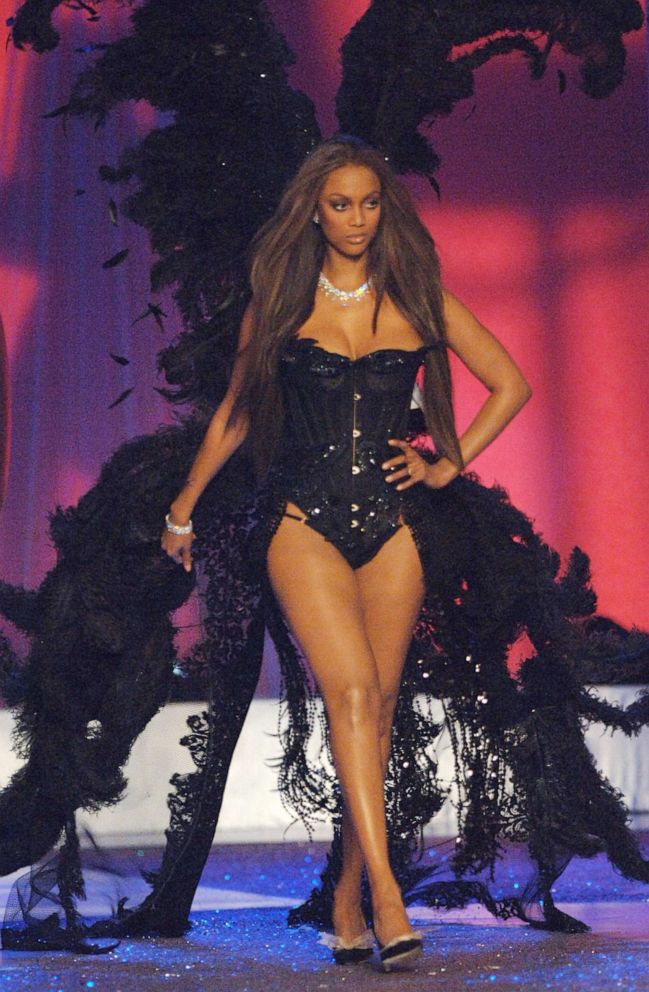 Through her hit reality television series "America's Next Top Model," Banks continued to break barriers by expanding the definition of beauty. The show, which introduced the art of "smizing," taught contestants how to be fierce and how to make things "look fashion" from H2T (head-to-toe), now airs in 180 countries and has 25 international versions. 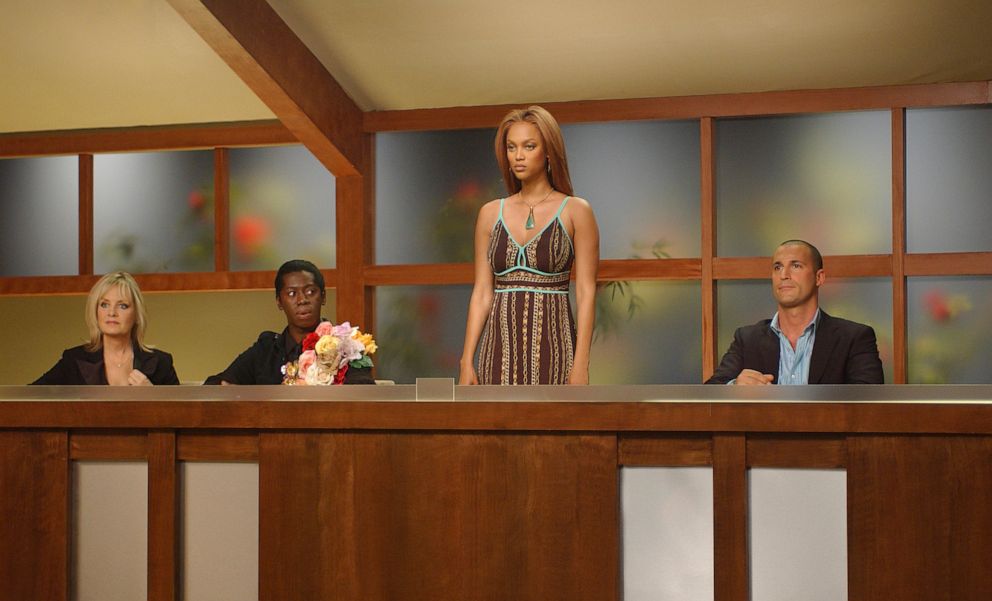 CBS via Getty Images
Twiggy, J. Alexander, Tyra Banks and Nigel Barker serve as the panel of judges in "America's Next Top Model."

Banks said she expects to see some of that "smizing" on the dance floor during the upcoming season of "DWTS."

"I think there's something like a whip and smize ... we need to see who is going to be able to whip and size," she said with a laugh.

MORE: Tyra Banks on another season of 'America's Next Top Model'

Aside from modeling, Banks has done everything from starring in films like "Coyote Ugly," where she tore her lateral meniscus dancing in one of the scenes 20 years ago, to hosting her own Emmy-winning talk show named after herself, "The Tyra Banks Show,"

In 2012, she completed an extension program at Harvard Business School and has since shared her expertise of personal branding as a visiting professor at Stanford Graduate School of Business.

Her latest enterprise, ModelLand, which was supposed to launch this year before being postponed due to COVID-19, is an attraction located in Santa Monica, California, where people can live their ultimate modeling fantasies.