Tatiana Maslany has opened up about her friendship with the "amazing" Mark Ruffalo on the set of "She-Hulk: Attorney at Law."

Maslany stars as Jennifer "Jen" Walters (She-Hulk) in the new Marvel series, which debuts Aug. 18 on Disney+, alongside Ruffalo's Bruce Banner (Hulk). In addition to being a 6-foot-7-inch superpowered hulk and the cousin of an Avenger, Jen is an attorney specializing in superhuman-oriented legal cases who is just trying to live her best life.

As her character does in the show, Maslany said she leaned on Ruffalo for support on this journey.

Marvel Studios via Disney +
A scene from "She-Hulk: Attorney at Law."
Editor's Picks

"He is one of those actors … who just empowers you to be yourself and be in the moment," Maslany told "Good Morning America" of her co-star, whom she also called "very playful."

When asked if Ruffalo offered her any advice for playing a larger-than-life character, Maslany joked that he'd "never mansplain how to be the Hulk to me" but it was a sight to watch him transform into the fan-favorite character.

"I don't think that's a normal way a human moves," she recalled of watching Ruffalo in action, playing a role he has owned since "The Avengers" in 2012. She said Ruffalo was "so committed and so in his body."

"He had such an embodied, incredible connection to that character and I felt like I really witnessed that," Maslany said.

Being a 30-something woman with superpowers, Maslany said fans will see "comedy" and "great slice of life" moments not typically seen in the Marvel universe. This includes "banal" activities like Jen as She-Hulk helping her dad move heavy things around the house, or going out on dates as a "glamazon." 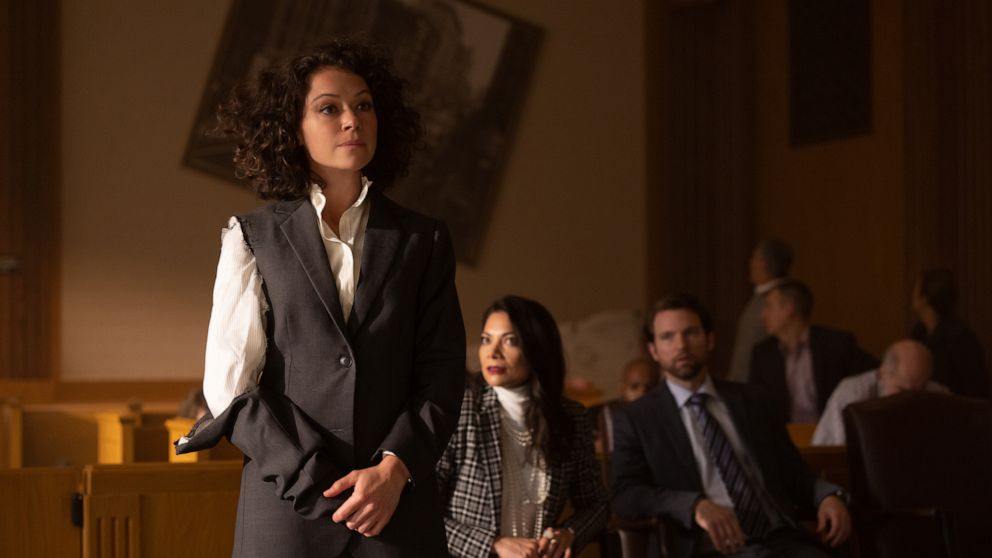 As for what else viewers can expect, the Emmy winner said she enjoys keeping things secret.

"I love going to the movies [or] watching a TV show and having no idea what is going to happen," she said. "We are so spoiler-heavy as a culture, so it's nice to kind of be surprised by things, I think."

The Walt Disney Company is the parent company of ABC News and "Good Morning America."