Taylor Swift's 10th studio album, "Midnights," is finally here -- and mere hours after it dropped fans were treated to a surprise worth staying up late for.

At the stroke of 12 last night, Swift released "Midnights" after weeks of building hype, having announced the album at the 2022 MTV VMAs, unveiled the entire track list of 13 songs via a TikTok series called "Midnights Mayhem With Me" and released a trailer for the visual album during an NFL game.

Just three hours after "Midnight" was released, Swift revealed in a "special very chaotic surprise" that the album would have seven additional tracks, dubbed "3am tracks."

"Surprise! I think of Midnights as a complete concept album, with those 13 songs forming a full picture of the intensities of that mystifying, mad hour," Swift wrote on Instagram. "However! There were other songs we wrote on our journey to find that magic 13. I’m calling them 3am tracks." 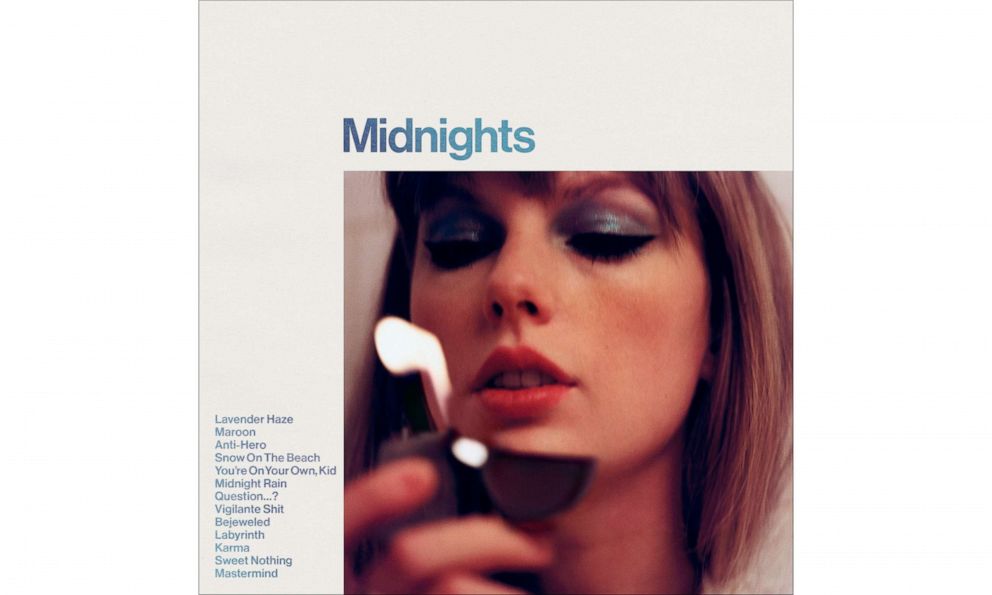 "Lately I’ve been loving the feeling of sharing more of our creative process with you, like we do with From The Vault tracks," she continued, referencing the previously unreleased songs she has included on her re-released "Taylor's Version" albums. "So it’s 3am and I’m giving them to you now."

The music video for "Anti-Hero" was released at 8 a.m. ET on Friday.

Of "Midnights" itself, Swift called it "a wild ride of an album" in a separate Instagram post, and said it "actually really coalesced and flowed out of" her and her collaborator, Jack Antonoff, with whom she has worked for nearly a decade.

"Jack and I found ourselves back in New York, alone, recording every night, staying up late and exploring old memories and midnights past," Swift added, then listing some of their collaborators, including Lana Del Ray, who is on the track "Snow on the Beach"; Zoe Kravitz, who co-wrote the track "Lavender Haze"; and William Bowery, the pen name of Swift's boyfriend, Joe Alwyn, who co-wrote the track "Sweet Nothing."

"Midnights is a collage of intensity, highs and lows and ebbs and flows," Swift said. "Life can be dark, starry, cloudy, terrifying, electrifying, hot, cold, romantic or lonely. Just like Midnights."