Teresa Giudice is reflecting on her "Dancing with the Stars" journey after her elimination during Monday's "Elvis Night."

The "Real Housewives of New Jersey" star and her partner, Pasha Pashkov, found themselves in the bottom two for the second week in a row after performing a jive set to "All Shook Up," which earned them a score of 23 out of 40 from the judges.

"I thought I was gonna make it a few more weeks, but all good," Giudice, 50, told "Good Morning America" Tuesday.

MORE: Selma Blair reflects on her 'Dancing with the Stars' debut: 'It burst my heart open'

Despite not making it far on "DWTS," the reality star said the show has ignited a new passion for dance and she wants to continue learning on her own. 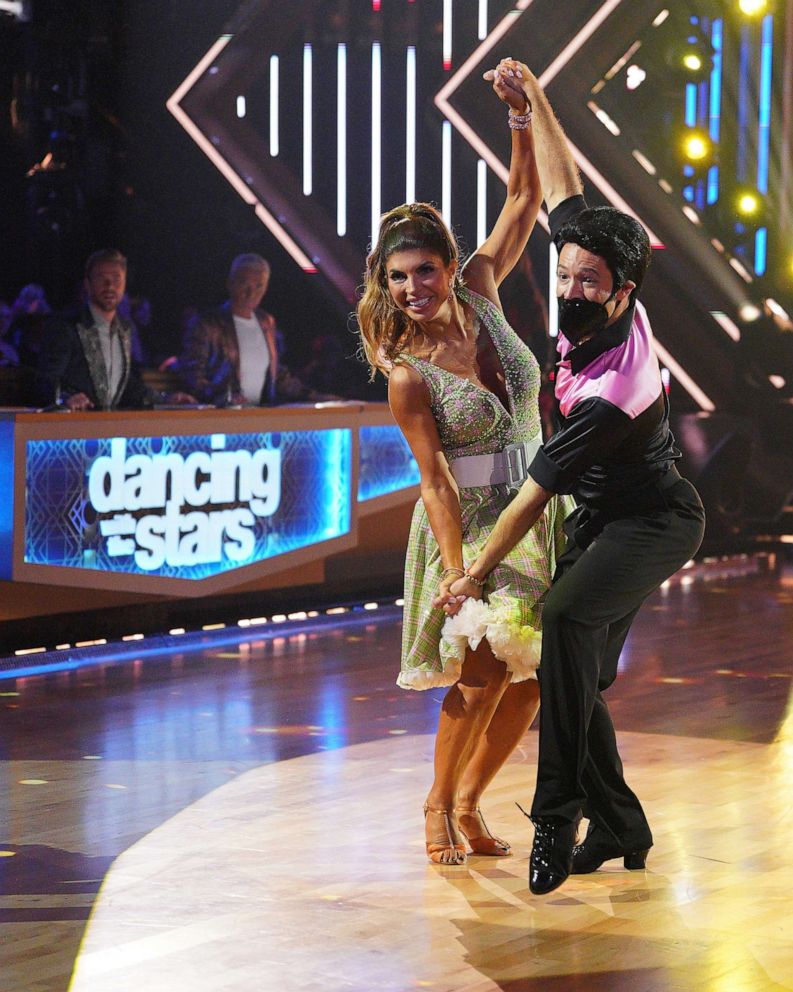 ABC Television
Teresa Giudice and her partner Pasha Pashkov dance on Elvis night on Dancing With the Stars.

"It was amazing. I love the way my body feels, so I want to continue dancing, you know, thanks to Pasha," she said. "I think I'm gonna start taking dance lessons."

The judges chose to save "Charlie's Angels" alum Cheryl Ladd over Giudice, but she said she felt the love from her very own cheering section: her daughters.

"They're like, 'Mommy, you did so well. You shouldn't be going home,'" she said they told her. "They're so proud of me."

In the end, Giudice said she "made a lot of new friends" and had "so much fun" on "DWTS."

As for Pashkov, he opened up about how wife Daniella Karagach was doing after missing this week's episode due to testing positive for COVID-19. Troupe member Alexis Warr stepped in to dance with her partner, Joseph Baena, last night.

"Well, thankfully she's asymptomatic. She's feeling fine," he said of the reigning Mirrorball champ. "She just needs to quarantine and we're waiting to see her back in the ballroom."

Now that he's out of the competition, Pashkov said he thinks TikTok sensation Charli D'Amelio and her partner, two-time Mirrorball winner Mark Ballas, will dominate this season and come out on top.

"Dancing with the Stars" season 31 streams live on Mondays at 8 p.m. ET. on Disney+.