Selma Blair is opening up about her ballroom debut on "Dancing with the Stars."

The "Cruel Intentions" actress, who turned 50 earlier this year, told "Good Morning America" that performing her Viennese waltz with partner Sasha Farber was "a whole opening of hope" for her.

"It burst my heart open," she said.

Blair was diagnosed with multiple sclerosis, a chronic disorder in which cells from the immune system attack the central nervous system, in 2018. She spoke about her battle with MS and how it's changed her life in a 2021 documentary, "Introducing, Selma Blair," the same year she said she was in remission after undergoing chemotherapy and a stem cell transplant. Blair told more of her story in her 2022 best-selling memoir, "Mean Baby: A Memoir of Growing Up." 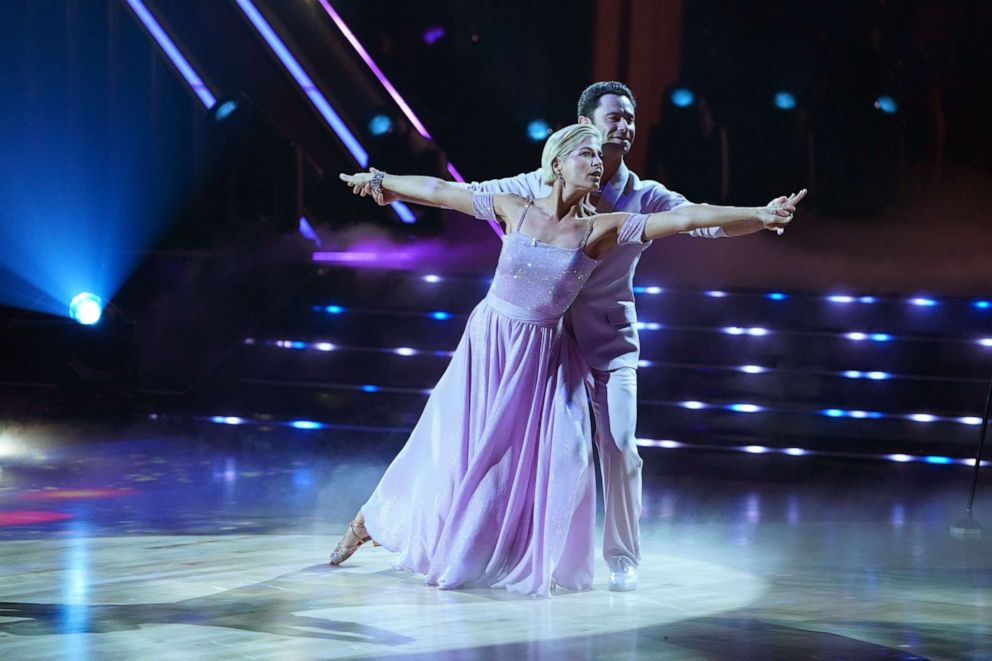 Eric McCandless/ABC
Selma Blair and Sasha Farber perform during an episode of "Dancing with the Stars" that aired Sept. 19, 2022.

"I've come through so much and I've been really vulnerable and I see how it affects people, so part of it really was to go, 'OK, I can build some strength and maybe I can even change some of the remnants of the MS,' " Blair said of why she signed up for the show.

The "Legally Blonde" actress, who said she uses a cane "often," told "GMA" that balance and proprioception, your body's ability to sense movement, action, and location, are two things of which she "was just always really scared" and has had to work on.

"I do have mobility, but it's not that precise," she said. "I'll freeze as I'm being taught something because I just have no idea, like, where the leg could be in moments, but I realized the more I'll get it down and learn and feel the feeling of my foot on the ground, my leg will be finding it."

For now, Blair is putting her trust in Farber to work with her and her body as he choreographs their dances to "make sure there's a shoulder or a hand" to support her.

Their hard work during week one showed off in the Sept. 19 premiere, when Blair stepped away from her cane and scored a 28 out of 40 dancing to "The Time of My Life" by David Cook.

"It just felt so real and right once I could kind of settle into the music and realize, you know, Sasha... Sasha never let me go yet," she said. "And it was just symbolic, it let me step out of that comfort zone security into this one and have some fluidity in my movement."

"Dancing with the Stars" season 31 streams live on Mondays at 8 p.m. ET. on Disney+.