"Friends" actually turns 25 later this month (believe it or not), but fans can have an immersive experience next week at an NYC pop-up featuring a slew of show favorites and classic artifacts you'll love.

Through the rest of September and into the first week of October, lucky fans who purchased tickets EARLY (it's sold-out already), will get to see things like Ross' leather pants (yeah those), a photo opp recreating the opening sequence, Joey and Chandler's leather recliners and even Girl Geller-Green's hospital bracelet.

The event is being thrown by entertainment company Superfly and features enough "Friends" goodies to make you shriek with joy.

"GMA" got a look inside the space, so here are the top 5 things you can expect!

As you walk through the halls and see quotes and facts from the show all over, you'll also see the cream couch from an episode made famous when Ross started screaming "Pivot" as the group tried to help him move into his new pad.

It's locked in place, but there's no better photo opp for die-hard fans wanting to show off their inner Red Ross. 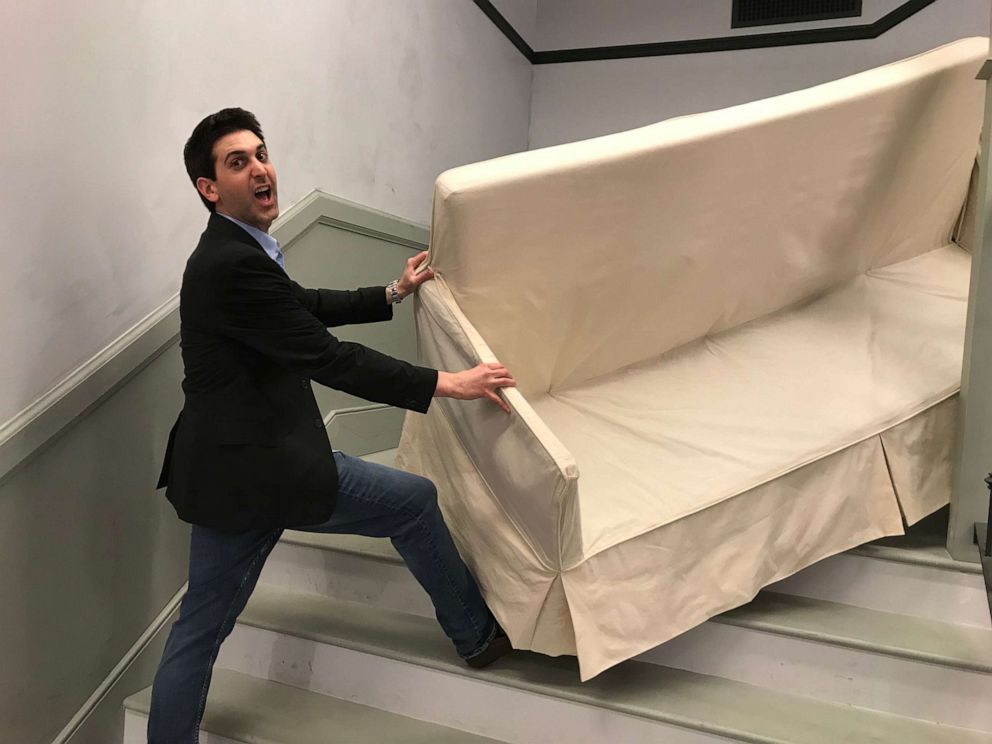 ABC News
A 'Friends' pop-up is open until Oct. 6, 2019, in New York City featuring props and replicas of the original show set.
(MORE: 'Friends' Turns 20: The 20 Most Memorable Quotes From the Series)

Adding to Ross' collection of amazing artifacts on display are his Rachel-Julie checklist, which points out Julie is "not Rachem."

There's also the note Rachel wrote (18 pages) when they were trying to get back together. "We were on a break!" 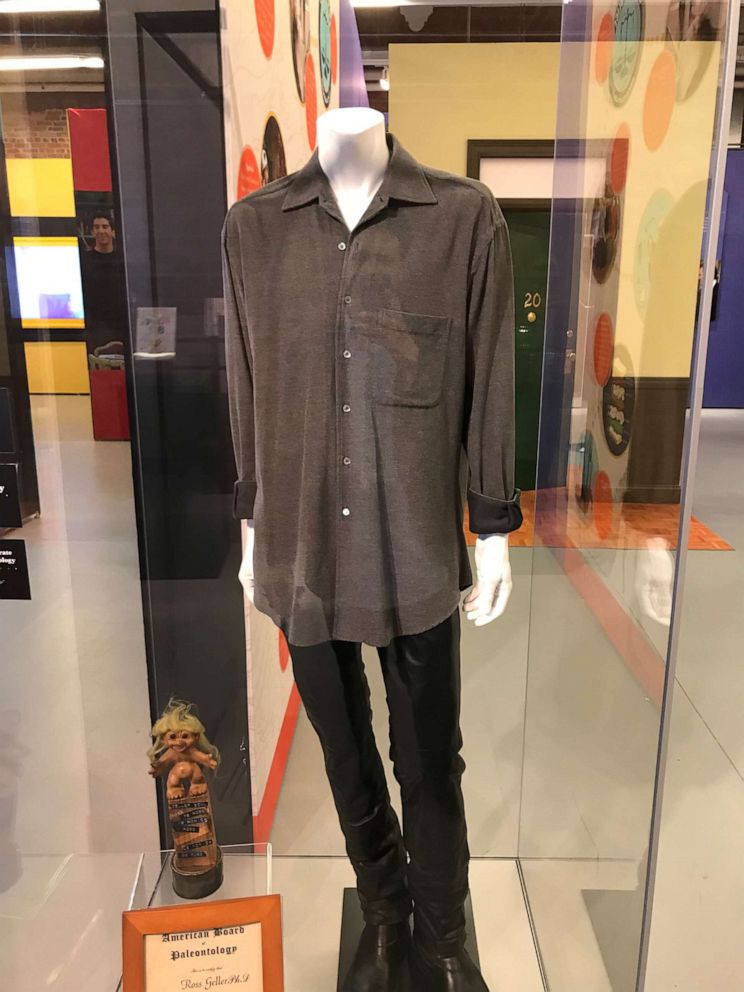 Girl Geller-Green's hospital bracelet is there and the annulment Ross and Rachel filed after getting married in Vegas.

There's a lot of Ross and Rachel on display.

3 - Central Perk and that orange couch 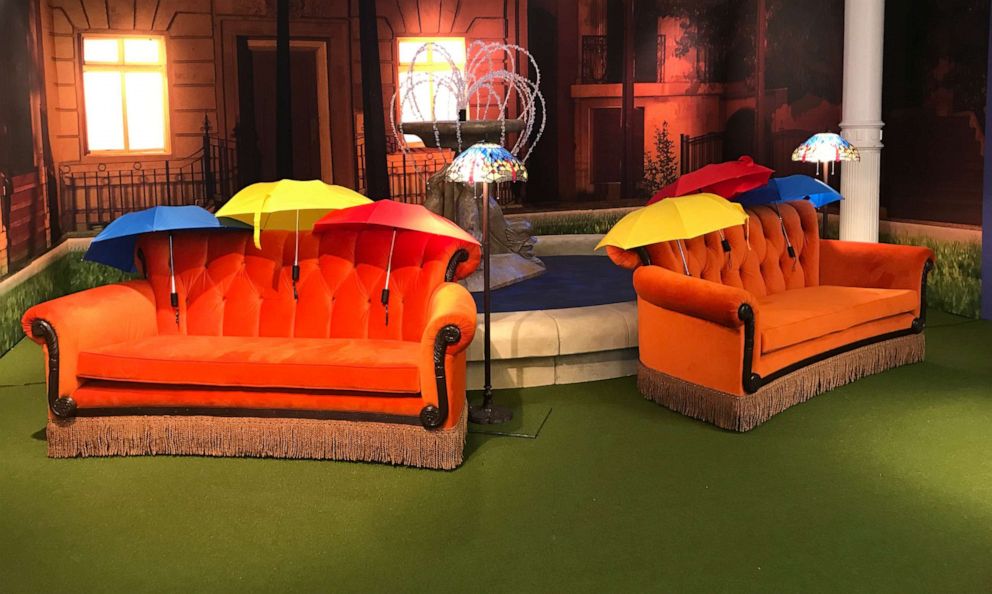 As you enter, you'll see the bright, orange couch from the opening credits. There's even a photo booth so you can recreate your own iconic pic.

The very last thing you'll see is a full-on recreation of Central Perk. On your way out, grab a cup of coffee and maybe say hi to Gunther before you leave.

On hand to kick off the pop-up during previews was James Michael Tyler (Gunther) and Maggie Wheeler (Janice).

They dished on a few show secrets and told "GMA" a few things you may not have known about "Friends." 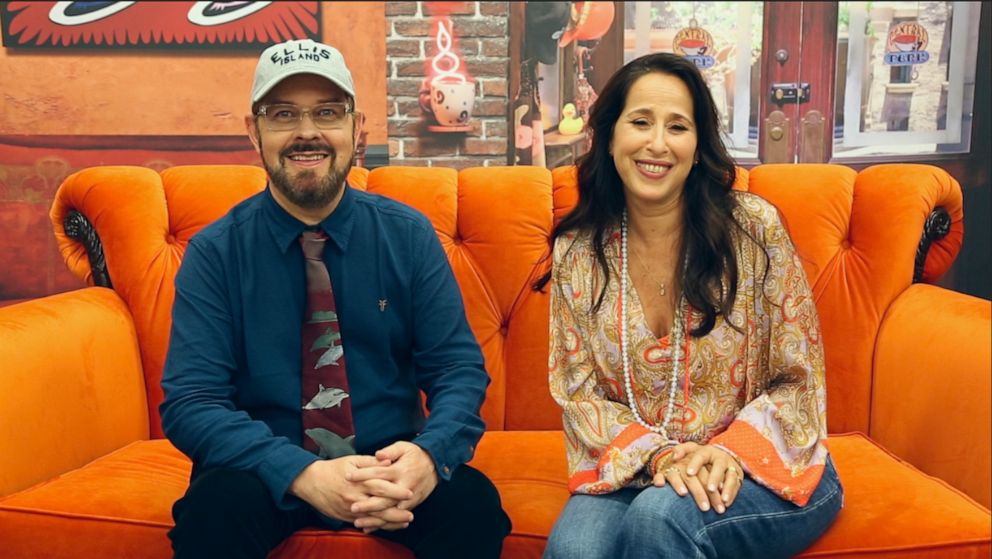 Like: Did you know Wheeler created that legendary and yet annoying voice?

"I heard her voice when I saw the writing and I just though, 'OK, that's what I'm gonna do,'" she said.

For Tyler, he was just an extra for a year-and-a-half as "coffee guy." It was in season 2 that they decided to give him lines and a serious love for Rachel.

"They kept me around for 10 years," he said. "Thank you writers and producers for that."

(MORE: Jennifer Aniston says she's been 'treated worse' by other women in Hollywood than men)

His advice for his character or other guys pining over "the one" now: "Don't hold it in for 10 years ... be kind and respectful and let your feelings be known."

Wheeler has so many favorite moments during her run from the show but the deliver scene and of course Chandler moving to Yemen stand out the most.

"Being stuck in the airport with him while he's faking his trip to Yemen," she said. "How can I pick a favorite! There are too many!"

You'll see Joey and Chandler's leather recliners, the dog sculpture, a box of Smelly Cat litter and a replica of the turkey Monica put on her head when Chandler dropped that first L-bomb.