"Thor: Love and Thunder," the latest Marvel film starring Chris Hemsworth as the God of Thunder, is now available to stream on Disney+.

The Taika Waititi-directed film -- a follow-up to the Oscar winner's previous Marvel Cinematic Universe offering, 2017's "Thor: Ragnarok" -- finds our titular hero on a journey of self-discovery after the events of 2019's "Avengers: Endgame." That lofty quest is soon derailed by Gorr the God Butcher (Christian Bale), who will stop at nothing until all gods are dead. 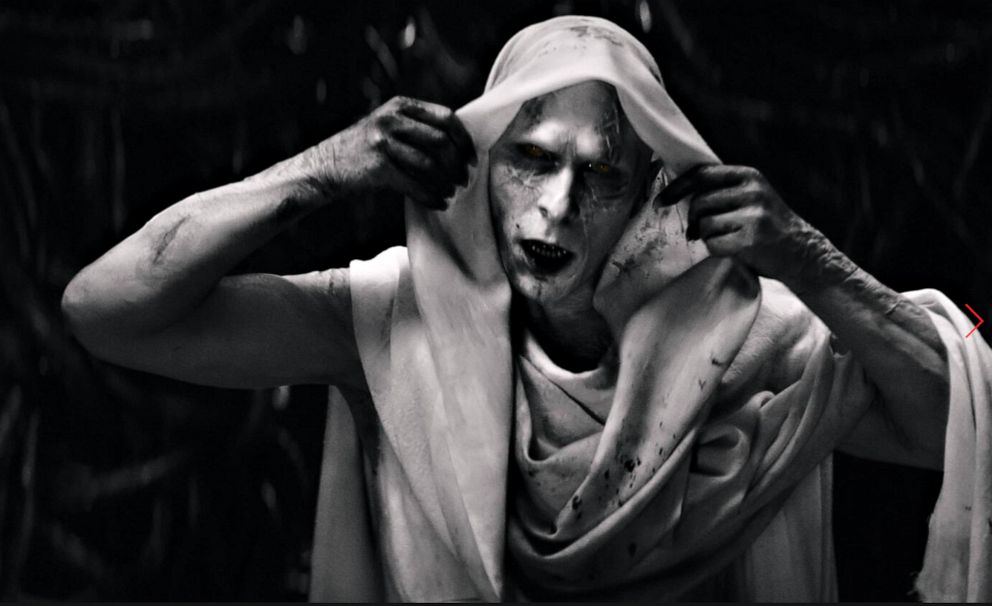 In an attempt to thwart Gorr's plans, Thor teams up with Valkyrie (Tessa Thompson), the new king of New Asgard; Korg (Waititi); and his ex-girlfriend, Jane Foster (Natalie Portman), who now wields the hammer Mjölnir as the Mighty Thor, to help him quell this new threat.

Read on for more info about "Thor: Love and Thunder."

How to stream "Thor: Love and Thunder" on Disney+

Thanks to this year's Disney+ Day, "Thor: Love and Thunder" is now available to stream on Disney+ in both the standard widescreen format as well as in the IMAX Enhanced format.

The film makes its way to the streaming platform after it earned more than $755 million worldwide in theaters.

Thor's evolution and the future of the character

Hemsworth told "Good Morning America" he and Waititi "recreated the character and the world" of Thor in "Ragnarok" and it has been "exciting" for him to see the character continue to evolve throughout "Infinity War" and "Endgame."

"[He's] dramatically dramatically different from the first film to now, and each one played a very integral part for that journey and that growth of the character," he said of the films, reaching back all the way to 2011's "Thor."

With "Love and Thunder," Hemsworth said Thor is finally getting to take part in a rom-com.

3:50
“GMA” sat down with star of “Thor: Love and Thunder,” Chris Hemsworth, to talk about the highly anticipated film.

"Taika, when he pitched it to me, said he wanted to make a romantic comedy set in space," he said. "It's a wacky, wild galactic adventure."

As for what the future holds for Thor, Hemsworth said he's down to return for a fifth movie focused on the Avenger.

"I love the experience. My whole sort of life and career has paralleled around this," he said. "Until someone says 'no thanks,' I'll keep giving it a crack. I love it."

The powerful women in Thor's life

Thompson told "Good Morning America" she was inspired when playing a king by thinking of "all of the incredible women in my life who are incredibly strong."

4:47
The actress talked about her role as Valkyrie, who is now king of Asgard after the events of "Avengers: Endgame."

The actress said that "those representations are becoming, frankly, more commonplace" and "less noteworthy" in Hollywood, adding, "I think we need to constantly be pushing into that territory."

While Valkyrie has gone from a warrior of Asgard to the leader of its new incarnation (in "Endgame"), this film sees Jane go from astrophysicist to full-fledged superhero. 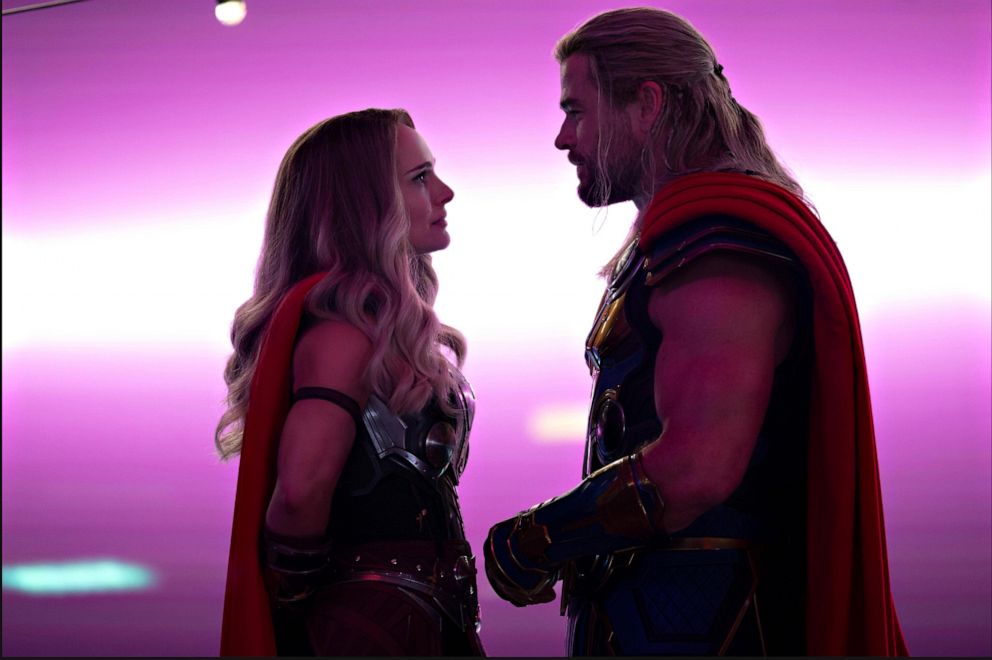 Seeing these characters go into "new dimensions," Thompson said, is a real treat for fans because the "characters feel like they've really grown and changed in ways that are surprising and exciting."

The movie was a family affair

Hemsworth told "GMA" his three children -- 10-year-old daughter India Rose and 8-year-old twin sons Tristan and Sasha -- all had "a small part" in the film. Not only that, but Waititi, Portman and Bale's kids were "all in it somewhere."

Of his daughter's debut, he said "it started off as this tiny little role" that "evolved more and more."

He gushed that she did a "great job" and said he was "incredibly proud" of her. He also joked that India Rose "cringes" when she sees herself on the big screen.

Regarding the fantastical quality the Thor films have, Hemsworth said they tap into a "childlike wonder and fascination" that his kids enjoyed.

4:46
The star of the latest Marvel Cinematic Universe film talks about his children having roles in the new movie and shares a touching story about what he did with his first big paycheck.

When they aren't appearing in blockbuster movies, the actor, wife Elsa Pataky and their kids live a "farm lifestyle" in his native Australia along with animals and motorbikes. He said they also spend most of their time outdoors, similar to how he grew up.

Hemsworth also offered some advice to his younger self when reflecting on how far he's come in Hollywood since he started acting in the hope of helping his parents financially -- which he did.

"I think I put a lot of pressure on myself to sort of do the things I wanted to do and to help my family and so on," he pondered. "I'd tell him to relax. I'd tell him it's all going to be OK -- enjoy it, have fun, you know, let go."

Get ready for cameos

Waititi teased to "GMA" that fans should expect to see a few surprise appearances in the film.

"There are definitely cameos that you're going to really love," he said. While he didn't divulge any specifics, he did note that there are "some from the last film ["Ragnarok"] that are coming back as cameos."

As for how the film's cameos came together, Waititi joked that it was simply a matter of "who's around, who's in town, who wants to come and play for a day or two for not much money."

Melissa McCarthy and husband Ben Falcone famously submitted a hilarious audition for the film in December 2020 -- but fans will have to watch to see if their Marvel dreams came true.

"Thor: Love and Thunder" is now streaming on Disney+.

This article was originally published on July 8, 2022.