Chris Hemsworth turned the Australian premiere of "Thor: Love and Thunder" into a family date night.

The Marvel Cinematic Universe actor, 38, brought along wife Elsa Pataky and their twin sons, Tristan and Sasha, for the star-studded event at the Entertainment Quarter in Sydney on Monday. 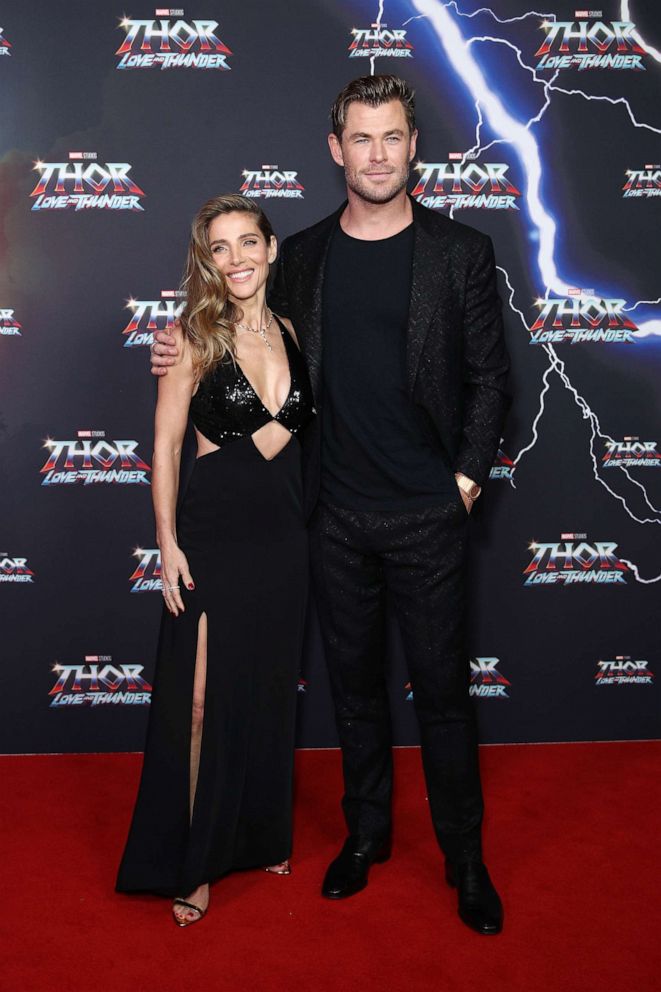 Hemsworth kept things casual in an all-black look, pairing a T-shirt with a blazer and pants while Pataky rocked a black dress with cut-outs and sequins at the top for a hint of sparkle.

The couple's 8-year-old sons wore their best red carpet ensembles as they adorably clung to their dad while posing for photos. 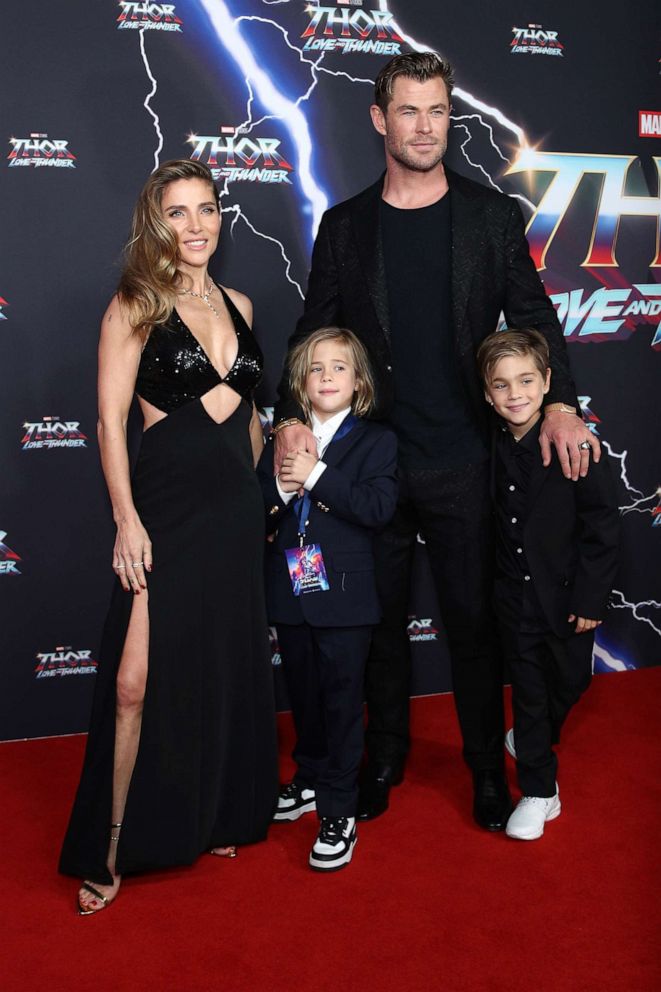 In addition to Sasha and Tristan, Hemsworth and Pataky, who married in December 2010, also share a 10-year-old daughter, India.

"Thor: Love and Thunder" sees Taika Waititi returning to direct the God of Thunder's newest adventure. Hemsworth's titular hero is once again joined by pals Valkyrie (Tessa Thompson), the king of New Asgard, and Jane Foster (Natalie Portman), who takes on the title of Mighty Thor.

Playing the movie's villain, Gorr the God Butcher, is Christian Bale. The Guardians of the Galaxy are also featured in the film.

ABC News is owned by Disney.