The U.S. Soccer Federation and the U.S. Women’s National Team have reached a historic agreement in the equal pay lawsuit, which was filed three years ago.

The lawsuit, which has been pending since March 2019, was filed by athletes on the world champion U.S. Women’s National Team against USSF on International Women’s Day, for gender discrimination.

The lawsuit blasted the sport’s governing body for allegedly paying mere “lip service” to gender equality and dishing out higher pay to the men’s team.

"We can't go back and undo the injustices that we've faced," USWNT player Megan Rapinoe told "Good Morning America" following the settlement announcement. "The only justice coming out of this is that we know that something like this is never going to happen again and we can move forward in making soccer the best sport that we possibly can in this country and setting up the next generation so much better than we ever had it."

According to the settlement, USSF will pay $22 million to the players in the case, which will be distributed by the USWNT players and approved by the district court. USSF will also pay an additional $2 million into an account to benefit the USWNT players in their post-career goals and charitable efforts related to women’s and girls’ soccer. Each player will be able to apply for up to $50,000 from this fund, according to the settlement. 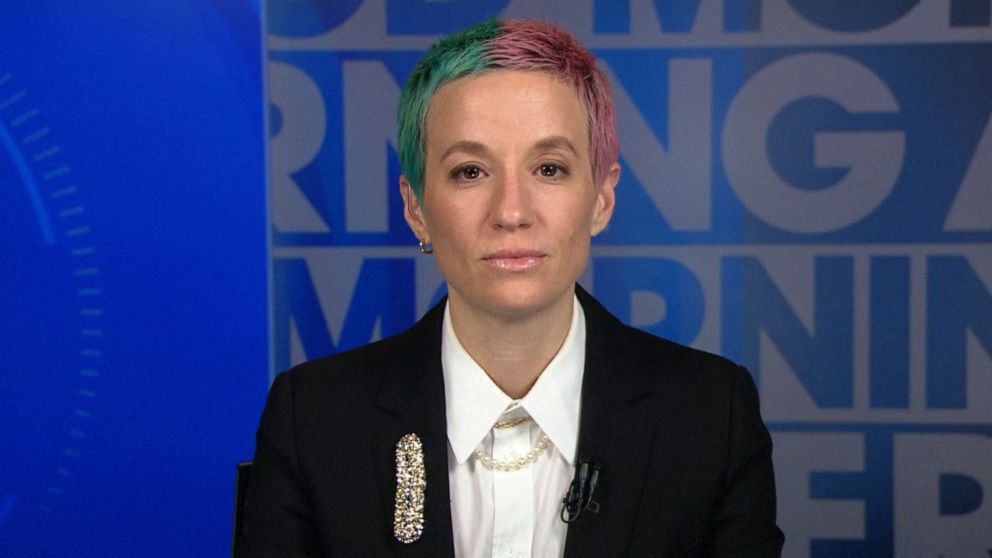 "This is a huge win for all women," Rapinoe said. "I think we're going to see that in the coming days and hopefully this will be a day we look back on in a number of years when we're a little bit older and say that's the moment that everything changed."

"This is just such a monumental step forward in feeling valued, feeling respected, and just mending our relationship with U.S. Soccer," USWNT player Alex Morgan told "GMA." "I not only see this as a win for our team or women's sports but women in general. It's just an incredible day and a day that we're all really proud of."

While the lawsuit was filed in 2019, the USWNT players’ fight for equal pay has been years in the making. In 2016, a group of players filed an Equal Employment Opportunity Commission complaint against the USWNT over inequality in pay and treatment.

The following year, the women’s team reached an agreement with the USSF for the EEOC complaint. The agreement included direct and bonus pay increases and per diems equal to the men’s team, according to ESPNW, as well as improved travel and financial support for pregnant players or players looking to adopt children. While it was an improvement, it was still unequal.

MORE: Megan Rapinoe, Christen Press speak out after ending US Soccer salary mediation
2:13
The historic settlement includes an agreement to pay $22 million to the players and a commitment that the federation will provide equal pay for its female players moving forward.

The equal pay lawsuit, which was filed in 2019 on International Women’s Day, came three months before USWNT prepared to defend its title at the FIFA World Cup in France. Along with pay disparities, the suit also cited the denial of “at least equal playing, training, and travel conditions; equal promotion of their games; equal support and development for their games; and other terms and conditions of employment.”

“Obviously [pay equity] is the hot button issue but in order to have I think a fair and a balanced conversation around compensation, we need to look at everything,” Rapinoe told “GMA” in 2019.

MORE: US soccer players speak out on equal pay suit, inspiring women and whether they'll boycott the World Cup

Now that the settlement has been reached, USSF President Cindy Parlow Cone told "GMA," "We're focused on moving the game forward. So this is actually a great transition moment. We still have a lot of work to do with repairing the relationship with our players but we're on the road to that. Looking forward, they're not only the best players in the world, they're great ambassadors for our sport."