The official trailer for the upcoming "Harry Potter 20th Anniversary: Return to Hogwarts" special is here!

In the preview for the retrospective special, stars Daniel Radcliffe, Rupert Grint and Emma Watson are shown reuniting in honor of the anniversary of the franchise’s first film, "Harry Potter and the Sorcerer’s Stone."

The trio reflect on the incredible impact of the movies and the everlasting bonds they formed.

Radcliffe adds: "The thing that scared me the most was the implication that the most meaningful thing in our life was done, and there’s something so joyous about seeing everyone, and be like, 'It wasn’t, though.'"

"When things get really dark, and times are really hard, there’s something about 'Harry Potter' that makes life richer," Watson says later in the preview. Grint also tells Watson that the films have given them "a strong bond" that they'll "always have" as the two embrace.

Many beloved actors from the eight-movie series, including Ralph Fiennes and Helena Bonham Carter, are also shown in the trailer for the reunion. 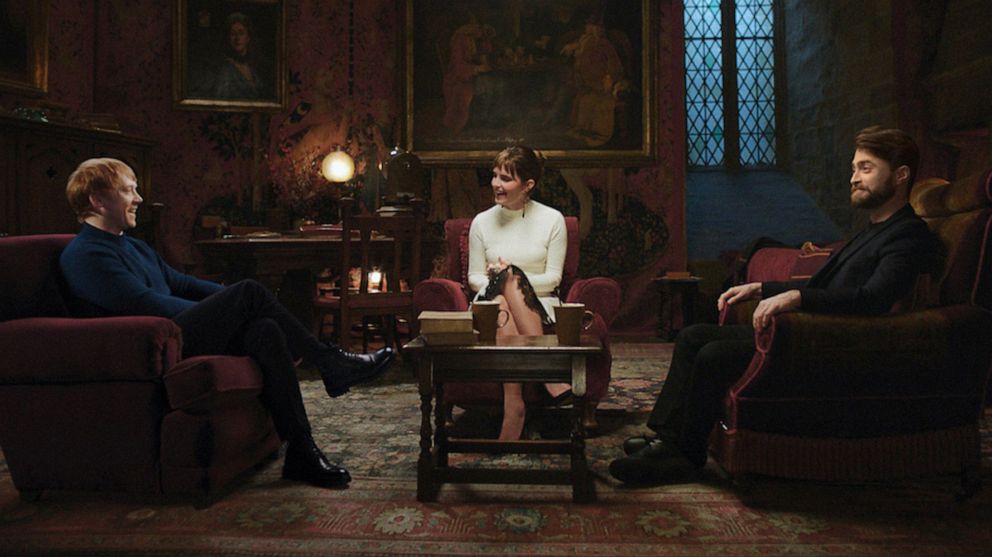 According to HBO Max, the reunion "will tell an enchanting making-of story through all-new in-depth interviews and cast conversations, inviting fans on a magical first-person journey through one of the most beloved film franchises of all time."

The first teaser for the special was released earlier this month and the first image was also released shortly after.