A new clip from the highly anticipated "Hocus Pocus 2" movie is here!

In the new clip from the upcoming film on Disney+, Winifred, Sarah and Mary -- played by Bette Midler, Sarah Jessica Parker and Kathy Najimy, respectively -- are seen taking to the skies using whatever they can find in a store, a nod to the first film in which Sarah uses a mop and Mary uses a vacuum cleaner to fly. 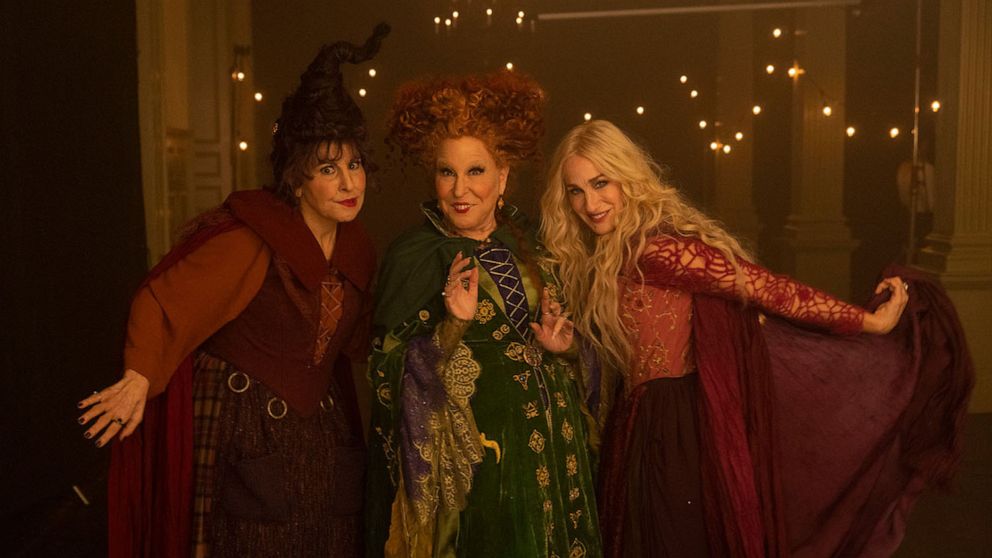 This time around, Sarah uses a Swiffer and Mary finds a robotic vacuum cleaner, while Winifred sticks to a traditional broom.

The clip then shows the sisters flying through the sky as they devise their next plans in Salem, with Sarah repeating her famous line from the first film, "Amok, amok, amok!"

The first official trailer for "Hocus Pocus 2" dropped last week at the D23 Expo in Anaheim, California. Disney+ also shared an image of the movie poster on Twitter with the caption, "A Wickedly Glorious Time."

Check out this first official clip from #HocusPocus2, an Original movie event, is streaming September 30 on @DisneyPlus. pic.twitter.com/nr3S6zW0yB

MORE: 'Hocus Pocus 2': Everything we know so far

"Hocus Pocus 2" will be available to stream on Disney+ starting Sept. 30.