The longtime friends' collaboration is featured on Anderson's latest album, "As Far As I Can See: The Best Of," which was released in June.

The Trey Fanjoy-directed black-and-white music video features Anderson and Parton -- both members of the Country Music Hall of Fame and Songwriters Hall of Fame -- hitting the road together with Anderson at the wheel.

Anderson said in a statement to "Good Morning America" that he hopes the song "can help bring a bit of levity to a world that seems upside down and sideways so much of the time these days."

MORE: You can now stay on Dolly Parton's tour bus at Dollywood

"If it can, music will have once again proven itself to be the optimal healer," he added.

Describing Parton as the "most special, talented, and giving lady," Anderson spoke about what a pleasure it was reuniting with her to film their music video.

"The thing I love the most about working with Dolly is that while she takes what she does seriously, she does not take herself seriously at all," he said.

"She was so focused the day we filmed this video you'd have thought it was the most important thing she'd ever done in her entire career," he continued, "but at the same time, in between takes, she shouted across the studio to the director, Trey Fanjoy, 'Speak up Trey. Bill is hard of hearing, and I'm hard of listening.'" 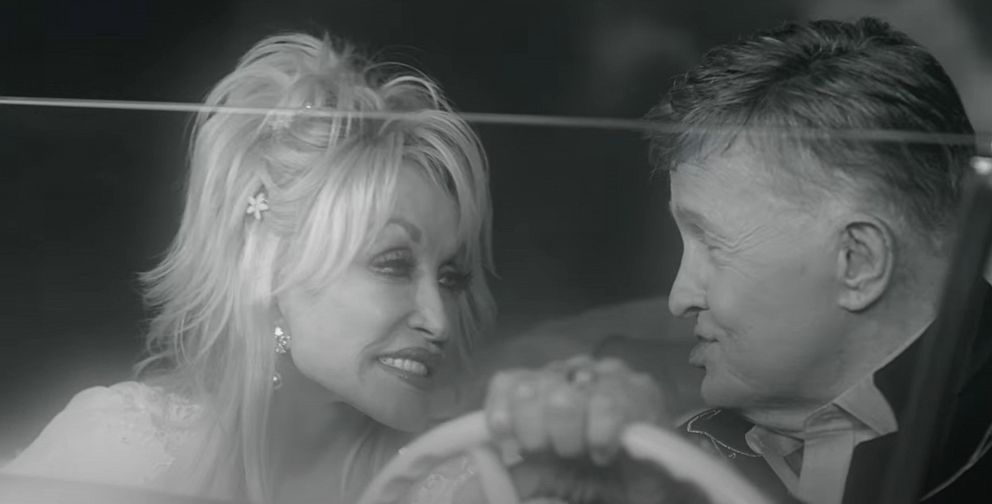 Bill Anderson/YouTube
Dolly Parton and Bill Anderson appear in the official music video for their duet, "Some Day It Will All Make Sense."

Parton had kind words for Anderson as well.

"Working with my ol' buddy Bill Anderson was the most meaningful fun I've had in years," she said in a statement to "GMA." "I love the song we sang, I love how we sounded together on it and getting to do a video with him was just icing on the cake."

"I hope the fans enjoy it as much as we enjoyed being together on it," she added.

The pair's first collaboration, a demo of "If It Is All The Same To You," recorded in 1964, is also featured on Anderson's 16-song new album.