From the Harvey Weinstein allegations to the Brett Kavanaugh hearings, the year since #MeToo went viral has shown both how far the movement has come and how far it still has to go.

Survivors and activists have praised the powerful shift in the conversation around sexual harassment and violence, but they acknowledge that having the same influence on our institutions and power structures is a much larger and longer battle.

"It's been an incredible year in many ways. We’ve seen the power of women and some men naming their experiences," Emily Martin of the National Women's Law Center told ABC News. "I think it has begun to change the way that women are heard and believed as we’ve seen through moments of individual accountability, as really powerful men have faced consequences of their actions."

For Tarana Burke, who created the #MeToo hashtag more than a decade ago when she launched a non-profit to help victims of sexual harassment and assault, the highlight of this year has been "to go onto a national platform and talk about the seriousness, the gravity, the breadth and depth of sexual violence and its impact on our country," she told ABC News.

"We've never been able to have a sustained national dialogue about sexual violence," Burke added. 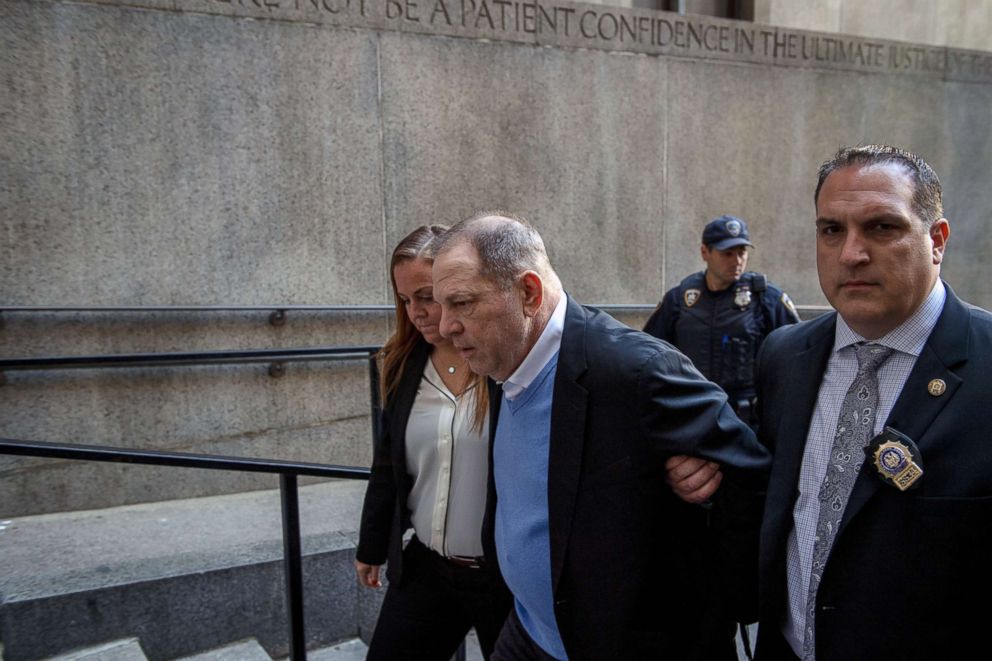 In fact, every day seems to bring some new headline. Since The New York Times published its explosive story on Oct. 5, 2017, in which dozens of women accused Weinstein of sexual misconduct and assault, numerous powerful men -- and a few women -- have fallen in every industry, from Hollywood to the nation's Capitol, from business to media.

Emboldened by the women speaking out against Weinstein, actress Alyssa Milano took the #MeToo hashtag viral when she encouraged others on social media to post about their own experiences with sexual harassment and assault.

If you’ve been sexually harassed or assaulted write ‘me too’ as a reply to this tweet. pic.twitter.com/k2oeCiUf9n

Millions of posts followed and a cultural shift was underway. Over the last year, women have shared painful experiences, marched, protested, walked out, gone to the police and courts and run for office.

"It's been inspiring that in this year, where the news cycle is so short and major scandals are forgotten the following week, that this story, this issue, the experience of sexual assault, is not a story that's going away," Martin said. "It demonstrates that this story is not nearly done."

Actress Rosanna Arquette, one of the first women to publicly accuse Weinstein in a New Yorker article, wrote in an email to ABC News: "We can all rest assured that the truth will eventually rise to the top. We, the silence breakers, are collectively a powerful force in the world as the darkness of predatory men and women is exposed. We will continue to bring light to the truth." 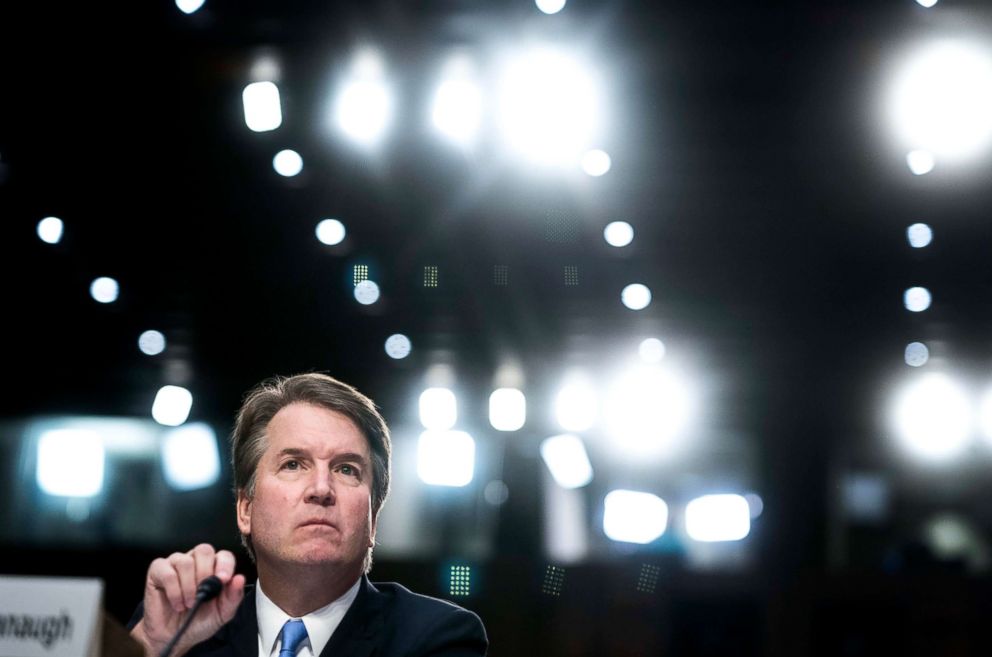 But the divide over Supreme Court nominee Kavanaugh -- who has been accused of sexual assault and denies the claims -- shows just how nascent this movement is.

"We've got centuries worth of bad behavior that we are acclimated to tolerating. One year of activism is not going to alleviate a millennium," said Kristen Houser, spokeswoman for the National Sexual Violence Resource Center. "The public discourse that's happening right now with the nomination of Kavanaugh is really reminiscent of things that happened before the MeToo movement."

"It's discouraging," Martin admitted. "There are a lot of powerful voices that will rise up to dismiss the truthfulness of sexual assault just to protect power."

But even the response to the Kavanaugh allegations, which seem like a "scripted backlash," doesn't feel like a real threat to the movement, Houser said.

Following Dr. Christine Blasey Ford's appearance last Thursday before the Senate Judiciary Committee, where she testified that Kavanaugh sexually assaulted her at a party as teenagers, the National Sexual Assault Hotline saw a 338 percent spike in traffic. The day after her appearance, Sept. 28, was the busiest day in the 24-year history of the hotline, with more than 3,000 people calling for help.

"History shows us that when high-profile allegations such as these are in the news, it often causes others to reach out too. This story has clearly resonated with survivors, and has led thousands to reach out for help for the first time," Scott Berkowitz, president of the Rape, Abuse & Incest National Network, which operates the hotline, said in a statement. 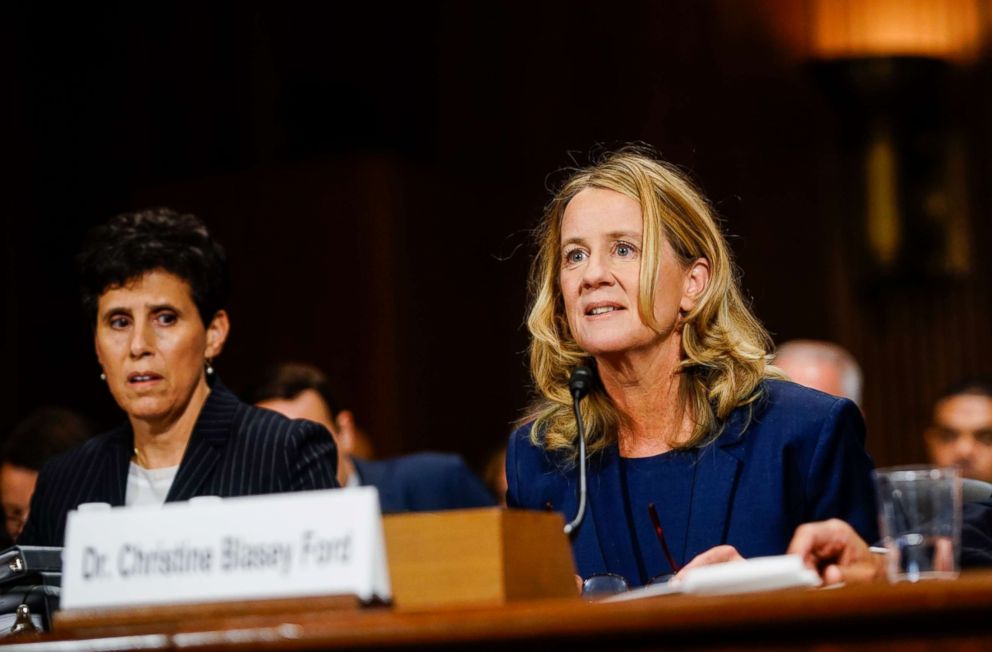 "Over this past year, following the cases of Weinstein and Cosby, and the explosion of #MeToo, our numbers have been growing pretty rapidly, but we’ve never seen anything like this before," he added.

In fact, reporting of abuse and harassment is up everywhere since the Weinstein allegations first broke.

The Equal Employment Opportunity Commission, the federal agency that enforces civil rights laws against workplace discrimination, received 1,500 hits on its website's resource page the day the Weinstein story broke. On Oct. 16, the day after #MeToo went viral, the number of hits was close to 8,000.

Ironically, the EEOC had just completed a year-long study on sexual harassment in the U.S. to mark the 30th anniversary of the Supreme Court's landmark ruling recognizing sexual harassment as a violation of Title VII of the 1964 Civil Rights Act.

That "foundational document" has now been used by companies, organizations, Congress and others who have been grappling with this issue over the last year.

"From the time the Supreme Court recognized sexual harassment as something that can be enforced under the law, we have periodically had these moments where the country wakes up to 'there's a lot of sexual harassment happening in our workplace,'" Victoria Lipnic, the acting chair of the commission, told ABC News. "We thought this was a serious issue well before the Harvey Weinstein story."

Since then, the EEOC has stepped up its enforcement. "We really put the hammer down on the cases that we filed in district court," Lipnic said.

Requests for EEOC staff to train companies about sexual harassment are also way up. 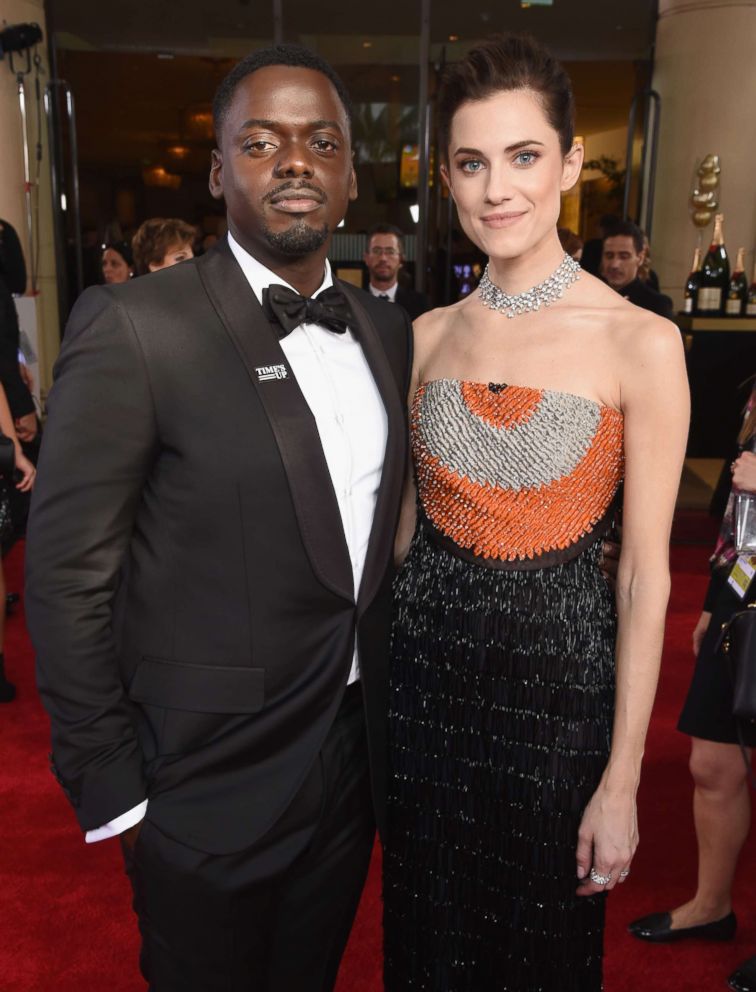 Meanwhile, others are not waiting for the federal government to take the lead. Just before the Golden Globes earlier this year, a group of Hollywood A-listers, including Reese Witherspoon, Oprah Winfrey and Shonda Rhimes, launched the Time's Up initiative and legal defense fund.

The fund has already reached about $22 million, and more than 3,500 individuals -- 98 percent of them women -- have reached out for legal representation and assistance, according to Martin at the National Women's Law Center, which administers the fund.

About 60 percent of the individuals identify as low-income, demonstrating that while sexual misconduct is an "every-industry problem, the problem of harassment and assault falls particularly heavily on those in low-wage jobs," where the imbalance of power is greater, she said.

The work that still has to be done is in changing and enforcing laws and institutions.

"To change our culture in a long-lasting way, that work has begun but we still have a lot of work to do," Martin said.

Houser pointed to the difficulty in getting legislators in her home state of Pennsylvania to budge with regard to strengthening laws against sexual harassment and assault, let alone dealing with statutes of limitations in reporting assaults and the backlog of untested rape kits. 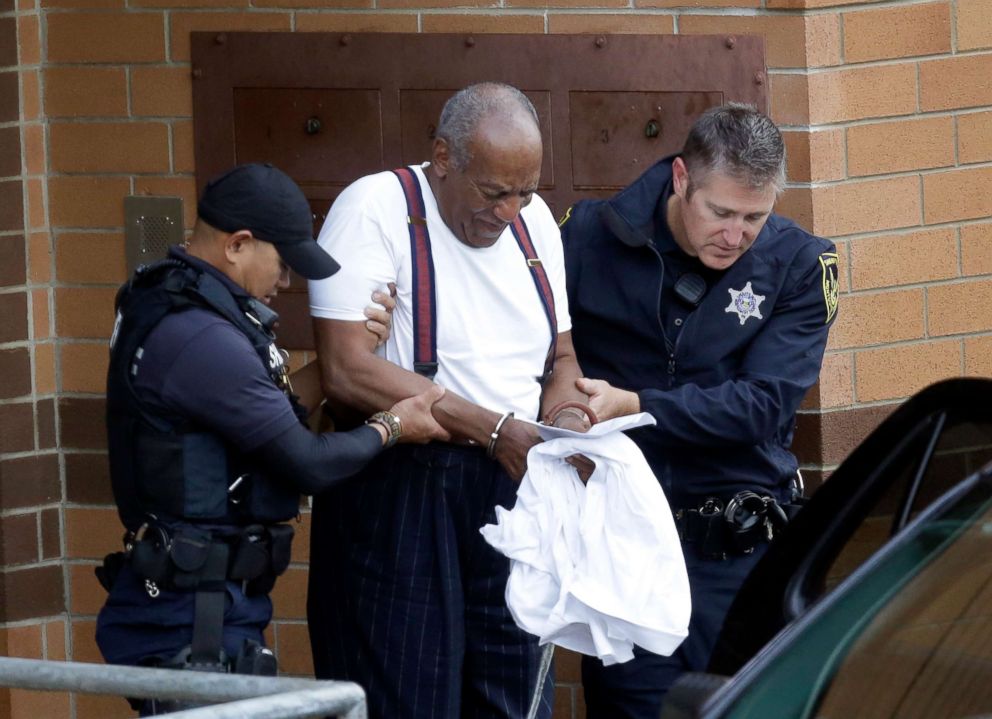 Jacqueline Larma/AP
Bill Cosby is escorted out of the Montgomery County Correctional Facility, Sept. 25, 2018, in Eagleville, Pa., following his sentencing to a three-to-10-year prison sentence for sexual assault.
More: Bill Cosby sentenced to 3 to 10 years in state prison with no bail during appeals

"We are not at a standpoint where we can say nationwide things have changed in meaningful ways," Houser said. "I think we are still pushing our way up that slope, but the good news is it feels like there’s a lot of momentum."

Lipnic said liability alone is not the solution.

"This has to be a holistic effort," she said.

Whatever the next steps, Burke sees the movement as the continuation of work that she and other activists and survivors have pursued over generations. 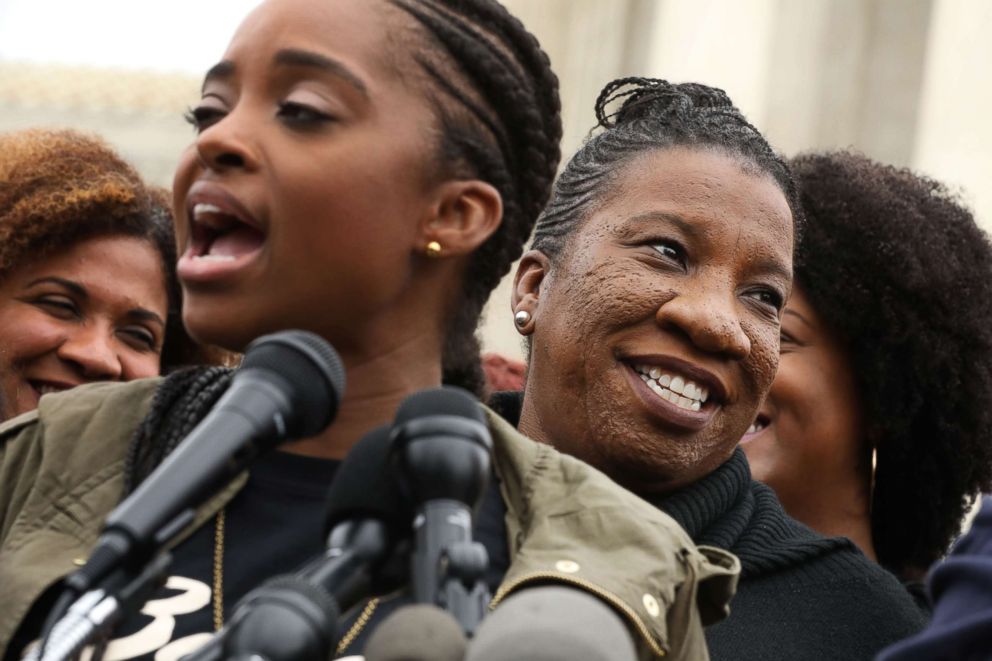 Chip Somodevilla/Getty Images
"Me Too" campaign creator Tarana Burke, right, participates in a rally against the confirmation of Supreme Court nominee Judge Brett Kavanaugh in front of the court, Sept. 24, 2018 in Washington.
More: /GMA/Culture/metoo-founder-tarana-burke-movement-created-climate-bill/story?id=54761643

"The movement itself hasn't changed," she said. "If you define it the way the media has, which is about taking down powerful men -- individual bad actors -- then you won't really understand what the movement is."