Eva Noblezada is just the breakout actress and singer to punch through the familiar contours of “Yellow Rose” to find its beating heart. In her dynamite film debut, the Tony-nominated star of Broadway’s “Hadestown” plays Rose Garcia, an undocumented Filipina teen living in Austin, Texas who struggles to pursue her career as a country artist while agents for ICE try to crush her ambition to give voice to her own version of the American dream. 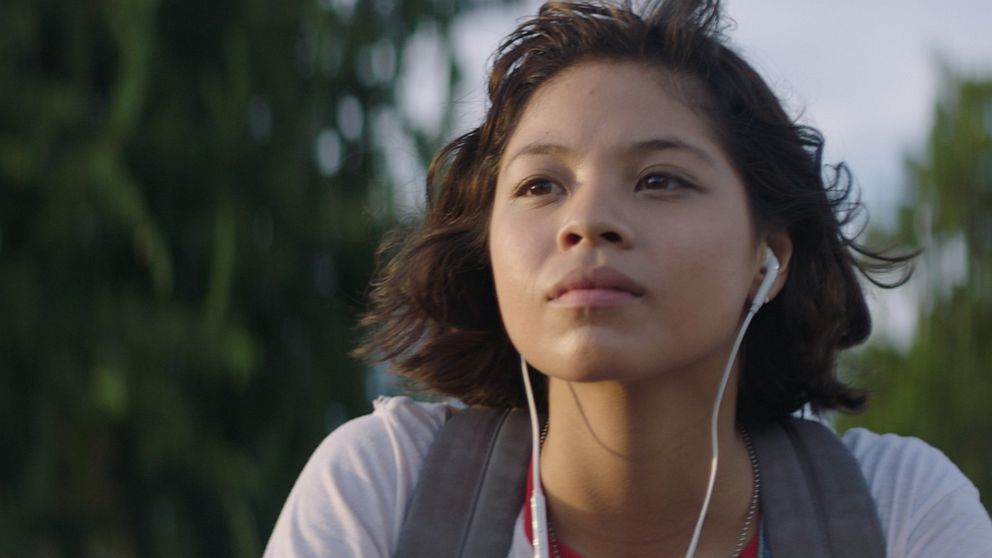 Stage 6 Films
Eva Noblezada is pictured in a scene from "Yellow Rose."

As timely as today’s immigration headlines about systemic injustice, this heartfelt tale also marks the auspicious feature directing debut of Diane Paragas, a Filipino-American who brings documentary detail and personal intensity to every scene. Drawn from Paragas’s own history of running from the Philippines and growing up in Lubbock, Texas, the scrappy “Yellow Rose” means to get under your skin—and does.

We first meet Rose writing lyrics and playing guitar (a gift from her late father) at the roadside motel where her mother, Priscilla (Princess Punzalan), cleans rooms and tries to avoid ICE detection. That’s why mom worries when Rose asks to go on a date with Elliot (Liam Booth), the sweetly smitten boy who works at a local guitar store. Rose tells mom Elliot is taking her to a church meeting, but their destination is the Broken Spoke, a honkytonk bar where celebrated country singer Dale Watson (as himself) is performing. Rose is dazzled by Dale and the charge of watching live music stir up a crowd. So are we.

At the same time, Priscilla is being arrested and jailed to await deportation. She leaves Rose a note to seek help from her aunt Gail, played by Lea Salonga, who originated the title role in the 1989 musical “Miss Saigon,” which Noblezada played in the 2017 Broadway revival. Talk about happy coincidence. Both Miss Saigons do themselves proud. But their scenes together are brief since Gail’s husband refuses to let Rose live with them. Luckily, Rose is offered a place to crash by the bar owner Jolene (Libby Villari) and mentored by Dale, who sees her potential if Rose can only lose her fear of performing in public.

OK, you can probably see where all this going. But Paragas has a knack for springing surprises and making sure sentiment never compromises harsh reality. Noblezada, 24, is such a mesmerizing screen presence that you’ll follow her anywhere. The grit and grace in her voice, repped by her standout number, “Small Peg, Round Hole,” is matched by a gift for acting that is as natural as it is luminous. Her scenes with Watson, playing himself to grizzled perfection, shimmer with lived-in authenticity. He wrote the lyric, “The skin I’m livin’ in don’t feel like home to me,” but Rose is living it.

MORE: 'On the Rocks' review: Bill Murray and Sofia Coppola make magic out of a simple premise

Country music has been described as “three chords and the truth” and the powerful simplicity of that line courses through the film. Still, it’s the portrait of the immigrant experience through one young woman’s fight to belong that makes “Yellow Rose” a film that stays with you long after it’s over.